You Don’t Have To Be So Grumpy About It 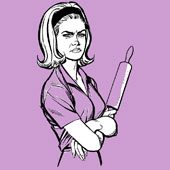 In the movie Shrek, we are introduced to a bright green ogre. He lives in the swamp. He likes to live by himself in the swamp because no one likes him. He is big, ugly, grumpy, green and frightening to anyone who dares to come near him. Living alone in the swamp he doesn’t have to put up with the pain of being excluded and tormented because he is different. And so he deliberately closes his world off to all outsiders. He is happiest (so it seems at first) when he is alone. That’s the only way he can deal with the fact that he is big, ugly, grumpy, green and frightening.

One night he finds that his swamp is filled with all kinds of fairy tale creatures. He is no longer alone and he hates it. One of those fairy tale creatures is an annoying donkey who doesn’t see Shrek as big, ugly, grumpy, green and frightening. He accepts Shrek at face value and even though the ogre doesn’t like the-always-talking, forever-annoying donkey, the donkey is not one to be put off easily. The donkey helps Shrek see that there is something beautiful about being big, ugly and green and the movie ends with Shrek marrying Princess Fiona who is big, green and ugly.

The Bible tells us of an incident involving a woman, very much like Shrek (not that she was big, ugly, grumpy, green and frightening) but that she preferred to be alone. In the days when there was no water on tap in homes, she went to a well with her jug to get water to drink. Usually the women from the village would go to the well in the evening in groups but this woman went to the well in the middle of the day – the hottest time of the day – because she knew that there would be no one else at the well at the same time she was. You see, she had been married 5 times and was now living with a man who was not her husband. Whether she had been badly matched with the men in her life or that she was bad cook and they died on her, we aren’t sure. But one thing we know is that she was living in a defacto relationship. This might be a common thing these days but was definitely a no no in Jesus’ time.

She had heard the whispering, the looks and the sniggering among the other women the last time she was at the well. She didn’t want to be hurt again. Like Shrek, she wanted to be alone. She might as well have been “big, ugly, grumpy, and green”.

We don’t know her name. She was descended from a race of people who had intermarried with the foreigners who had invaded her country. She was one of those who believed that God’s holy mountain was Mt Gerizim and worshipped in a temple they had built there rather than in the temple built on Mt Zion in Jerusalem. She was a member of a nation that plotted with the enemies of the Jews of Judah, and so was hated by their southern cousins. She lived in a region of the world to which most of us have never been; she was from a city most of us have never heard of; she’s a Samaritan woman from Sychar.

She didn’t want to be hurt again. She wanted to be alone.

It’s no wonder she wanted to come alone. She was feeling ashamed, feeling bad about her life and cut off. She just wanted to be alone!

Can you relate to that? I can! Whatever our sin –
lying,
outbursts of anger,
jealousy,
a critical and judgmental spirit,
gossiping,
overeating,
being uncooperative,
giving in to temptation too easily,
slow to give praise but quick to give a put down,
or whatever it is that causes you and the people in your life some grief –
it weighs heavily on us, we feel ashamed and we want to hide.

Doesn’t that sound like Adam and Eve in the Garden of Eden after they had disobeyed God’s instruction not to eat of the tree in the middle of the garden? As soon as they had eaten, they were ashamed and went and hid from God. They felt separated from God; they didn’t want to face his judgment; they wanted to be alone. It is no different with us. When we sin we fall short of God’s standard. We fail ourselves. We feel ashamed.

The woman gets to the well expecting to find no one there, but no such luck. There is a man there – he looked like a Jew. “That’s all right”, she most likely thought, “Jewish men don’t talk to strange women – a custom they adhered to religiously”.

What is more, this man won’t talk to her because she was a Samaritan. Samaritans were looked down on by the Jews who regarded them as heathen and immoral people.

It would have been natural for her believe that she could get her water and this Jewish man would pretend that she didn’t even exist adding to her feeling that she was “big, ugly, grumpy, and green”.

How wrong could she have been! Since the man didn’t have a bucket and the well was deep he asked her draw some water for him from the well. This was most surprising because no Jew would drink from a vessel that is unclean, especially one that had been used by a Samaritan.

We know that the man at the well was Jesus. It was no accident that he was there at the well when the woman arrived. Normally a Jew would have avoided going into Samaria at all costs. But no so Jesus. We are told that he deliberately went out of his way to meet this woman.

John says, Jesus, a Jew, a rabbi “had to go through Samaria”. He deliberately went out of his way, going against what was the social norm and the devout religious traditions of his day, and purposefully made contact with this person who needed help.

He is making this a teaching moment.
We all need water to live. Water is an essential part of staying alive. Then at the end of their conversation, he says:
I am the messiah you have been looking for.
I am the one who can forgive your sin and set you free, and give you eternal life.
Can you see the extraordinary thing that is happening here? In midst of her sin and shame and separation Jesus says, “I want to give you life! I want to give you living water. I want you to be free of your sin and have life forever”.

This encounter with the woman at the well, gives us a look into the heart of Jesus. We see just how he feels about people like you and me, even at those times when we feel so ugly because of the way we have treated and spoken to others, or the way we have ignored God’s way of living and preferred selfishness and unkindness. Even when we feel big, ugly, grumpy, and green, Jesus goes out of his way to remind us that he has something special and unique to offer us – forgiveness, reconciliation, peace, and above all, reassurance of his never ending love for each of us

What a great text this is as we see into the heart of Jesus and realize why he died on a cross. He didn’t have to but he went out of his way to ensure that our relationship with God is restored and open the way for us to have eternal life.

There is no doubt that sin and evil are very much a part of this world, and it would take a brave person to say that they have never been involved in any kind of sin or evil. But what people are likely to say is that the sins they are involved in are just little sins – nothing to get too upset about, especially compared to terrorists who have no conscience about who is killed by their bombs. Our sins are nothing compared to those who are selfish and violent and cause so much misery in the lives of others.

The Bible is quite clear when it says that “all have sinned and fallen short of the glory of God”. God is perfect and just. He doesn’t dismiss little sins as if they were nothing. A wrong is a wrong. No where does the Bible say that only “big” sins count and that he doesn’t care about all the little “mistakes” we make.

Jesus took the sin of the woman at the well seriously. When he died on the cross he is serious about our sin. He died taking on himself all of the wrongs and evil we do and so leave us free and forgiven. We are made perfect through the blood of Jesus. Our sin is done away with. In God’s eyes we are good and clean and perfect all because Jesus has thought so highly of each of us that he suffered the cruelty and barbarism of the cross.

We, like the Samaritan woman, have all kinds of secrets hidden away that we are ashamed of – we are “big, ugly, grumpy, and green”. Jesus still loves us, still wants us to be his disciples, still wants to forgive us and give us fresh clean starts.

Will you be refreshed by that life-giving water that Jesus gives everyday as you find yourself being “big, ugly, grumpy, and green” – unhappy with the way things are turning out in your life?

Jesus says to each of you, “The water that I will give you will become in you a spring which will provide you with life-giving water and give you eternal life“.

He’s Only a Prayer Away,