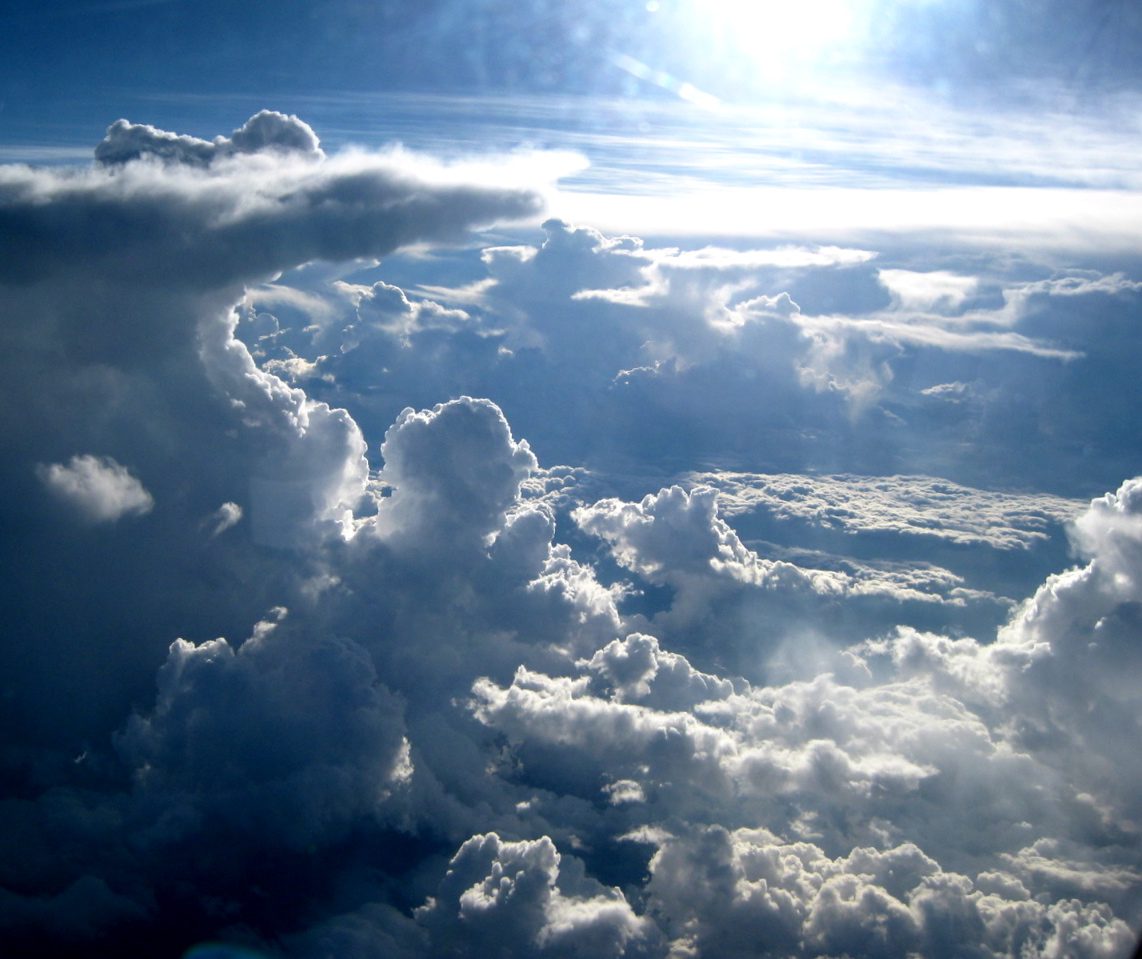 There was once a spider that lived in a cornfield. He was a big spider and he had spun a beautiful web between the corn stalks. He got fat eating all the bugs that would get caught in his web. He liked his home and planned to stay there for the rest of his life.

One day the spider caught a little bug in his web, and just as the spider was about to eat him, the bug said,
“If you let me go I will tell you something important that will save your life.”

The spider paused for a moment and listened because he was amused.
“You better get out of this cornfield,” the little bug said, “The harvest is coming! The spider smiled and said, “What is this harvest you are talking about? I think you are just telling me a story.” But the little bug said, “Oh no, it is true. The owner of this field is coming to harvest it soon. All the stalks will be knocked down and the corn will be gathered up. You will be killed by the giant machines if you stay here.” The spider said, “I don’t believe in harvests and giant machines that knock down corn stalks. How can you prove this?” The little bug continued, “Just look at the corn. See how it is planted in rows? It proves this field was created by an intelligent designer.” The spider laughed and mockingly said, “This field has evolved and has nothing to do with a creator. Corn always grows that way.” The bug went on to explain, “Oh no. This field belongs to the owner who planted it, and the harvest is coming soon.” The spider grinned and said to the little bug, “I don’t believe you,” and then the spider ate the little bug for lunch.

A few days later, the spider was laughing about the story the little bug had told him. He thought to himself, “A harvest! What a silly idea. I have lived here all of my life and nothing has ever disturbed me. I have been here since these stalks were just a foot off the ground, and I’ll be here forever, because nothing is ever going to change in this field. Life is good, and I have it made.”

The next day was a beautiful sunny day in the cornfield. The sky above was clear and there was no wind at all. That afternoon as the spider was about to take a nap, he noticed some thick dusty clouds moving toward him. He could hear the roar of a great engine and he said to himself, “I wonder what that could be?”

You might say that this story is a parable. Behind the story about a little bug warning a big spider about the coming doom is a very important message for us as we continue on our merry way in this still relatively new year. We hear Jesus warning his listeners that there will be a time when strange things will happen to the sun, the moon and stars. All around the world people will be afraid – the sea and the tides will do untold damage. People will be terrified as the planets veer off course.

This is the stuff that movie makers like. In fact, movies have been made about asteroids hurtling toward earth and showering cities with rock made red hot after hurtling through the earth’s atmosphere. Fires break out everywhere. Huge tidal waves are created that sweep over coastal cities.
We call this science fiction. What Jesus is talking about is not fiction.
It isn’t the product of an overactive imagination – what he is saying will really happen.

Jesus doesn’t stop there with a prediction that there will be an end to this world. He goes on to say that these natural disasters will be a prelude for the coming of the Son of Man. He will come in a cloud with great power and glory. The apostle Paul describes this moment like this. “There will be the shout of command, the archangel’s voice, the sound of God’s trumpet, and the Lord himself will come down from heaven” (1 Thessalonians 4:16).

Jesus concludes, “Be on watch and pray always that you will have the strength to go safely through all those things that will happen and to stand before the Son of Man” (Luke 21:36).

Jesus knew that when he comes a second time there will be many people who, like the big spider in the corn field, would say, “I wonder what that could be?” and so he went to a lot of effort to tell us that he will return and that we need to always be ready.

The Gospel writer Matthew records a story that Jesus told about a man who goes on a trip and leaves one of his workers in charge of his property and house. Before he goes, he gives the worker a list of jobs he expected to be completed while he is away. After the owner leaves the worker relaxes and doesn’t worry too much about the jobs he had to do. He reasoned that the owner won’t be back for ages. Why stress over the work that needs to be done everyday when it can all be done just before the owner returns? Why deny him the opportunity to party on and have a good time? That makes a lot of a sense but there was one aspect of this plan that he didn’t count on – the owner coming back earlier than he had anticipated and catching him unprepared. All the work and responsibilities that he had been given were left undone (Matthew  24:45-51). Jesus concludes,
“Watch, then, because you do not know when the master of the house is coming—it might be in the evening or at midnight or before dawn or at sunrise. If he comes suddenly, he must not find you asleep. What I say to you, then, I say to all: Watch!”

When Jesus ascended to heaven, he left us in charge and gave us instructions what we’re to do while he is away. Go, make disciples… baptize… love one another…  pray for one another… support and care for one another…forgive one another…trust and believe in me…worship God with thankful hearts …teach and instruct one another…
live as the people of God. He will come again and he wants us to be always ready for his return. There is no room for bludging and leaving things to the last minute. He will come back and he wants to find us carrying out his instructions and be prepared for the day when he “will appear, coming in a cloud with great power and glory”.

The little bug gave the fat spider a clear warning that the creator of the cornfield, the farmer, will one day harvest the corn. The signs – the hot days and the ripe corn – indicate that this will soon happen. Exactly what day the farmer will do this was not known, but be sure, the little bug warns, it will happen.

It is said that there are two things that are certain in this life – death and taxes. We can add a third – the return of Jesus at the end of time. The Bible leaves us in no doubt whatsoever – Jesus will return. No ifs, buts, or maybes.

Just as the fat spider wasn’t ready for the day when the farmer came in a cloud of dust, there are many people who at this very moment are not ready for the coming of Jesus on a cloud.
Maybe they have never heard that Jesus will come again;  maybe they have never taken seriously that the end of this world will bring with it the judgment of God; maybe they have heard it but have chosen to ignore it thinking that the master won’t return for a long time and they don’t need to worry about it now; maybe they have only partially heard about Christ’s return and not heard the whole message and have dismissed it as foolish and childish; maybe they are so engrossed in their future in this world, that they have forgotten all about their future in eternity.

Whatever the reason, Jesus warns that many people will be caught out as in the days of Noah when the flood came. Noah’s neighbors and friends were all too busy with other things and when they heard the first claps of thunder and the rain started to fall, they asked one another, “I wonder what that could be?”

Let’s get the word out. Jesus could come at any day, moment or hour.  They’re people out there (and in church as well) who need to hear from you. You don’t have to hit them over the head with the Bible and quote Bible passage after Bible passage. Just share what God has done in your life and let the Holy Spirit take over making that small seed grow in the heart of the other person.

The message of the Gospel is clear – those who are in Christ have nothing to fear when Jesus returns. If all your wrongs have been removed, wiped out, eliminated, by the forgiveness that Jesus won for you by dying on the cross, then there won’t be anything left to judge on judgment day. Paul puts it like this, “You will be free from all impurity and blame on the Day of Christ” (Philippians 1:10). For Christians, the return of Jesus is not something to fear. In fact, when everyone else around you is overcome by panic, you can stand up and raise your heads, because your redemption is drawing near.

The Bests Is yet To Be!