The Wonder of It All 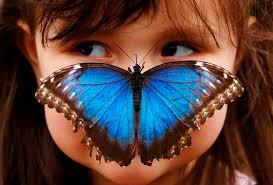 As Awesome As The First Sunrise In Paradise.

“The heavens declare the glory of God; and the firmament shows His handiwork” (Psalm 19:1).

One of NASA’s observatories has discovered a giant black hole that hums. Located in the Perseus cluster of galaxies about 250 million light years from Earth, the black hole vibrates at the frequency of a B flat. But it is too low a pitch to be picked up by the human ear. Scientific instruments have placed the note at 57 octaves below middle C on a piano. When I read this the words of God to Job immediately rushed into my mind, “Where were you when I laid the foundations of the earth? “When the morning stars sang together, and all the sons of God shouted for joy?” (Job 38:4, 7) One can only imagine how the angels and all of God’s redeemed will sing when he makes his “new heaven and new earth.” The wonder of it all!

Psalm 104: 24 says, “How many are your works, Lord! In wisdom you made them all; the earth is full of your creatures.”

Consider that little but not so insignificant creature called a Butterfly.

How stunning, how beautiful, how colorful is a butterfly in flight.  Whenever I see this marvel of creation with its beautiful wings outspread, I   wonder if it will make it across the field to the next garden. But the wonder is that this little creature is migratory masterpiece.

The majestic monarch butterfly can travel 3,000 miles on its migration to Central America—only to end up at the same tree its parents or even grandparents landed on a generation or two earlier. It does this guided by a brain the size of a pinhead.

Or consider the monarch’s metamorphosis. After the caterpillar builds a chrysalis around itself, it releases a chemical that turns its insides to mush—no perceptible parts. Somehow from this materializes the brain, internal parts, head, legs, and wings of a butterfly. Like the birth of a child in a mother’s womb it is without a doubt a wonder of God.

Two thousand years ago the greatest wonder of all was the angel’s announcement, “He Is Not Here He Is Risen!”   And one of these days, there is going to be is another amazing wonder that will shock the world;  “…for hour is coming, in which all who are in the tombs will hear His voice, and will come forth; those who did the good deeds to a resurrection of life…” (John 5:28-29)

The Wonder of it all Is That The Best Is Yet To Be!