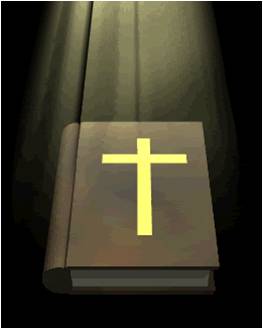 “According to the Glorious Gospel of the blessed God which was committed to my trust”  I Timothy 1:11

One of the grandest novelties of our time is “The Glorious Gospel” As rare as a jewel on a dead mans hand is this glorious gospel.  In so many of the once great historical churches there has been a hemispheric departure from its light into the darkness of apostasy. There are multitudes sitting in beautiful churches who have no more idea what the gospel of John 3:16 is about than they do about what Chapter three of the Zend-Avesta, the Bible of the fire worshipping Parsees is all about.

Many ecclesiastical practitioners and social engineers have reduced the gospel to a stone dead philosophy. No longer is it a revelation of the Holy Spirit accepted as a matter of faith. Many once great seminaries are now hotbeds of infidelity because they have tried to reduce the gospel to a philosophy of men. By the time some of its budding theologians are half way through their courses, the inerrant word of God, the divinity of Christ, heaven and hell have been reduced to the figments of over active imaginations. The greatest teachers of Christianity have always been godly fathers and mothers who on bended knee before their children tell them stories out of their own experiences of what Jesus did for them.  What havoc Paul made of the D.D.’s and the L.L.D’s and Very Most Reverends, when he said, “Not many wise according to the flesh, not many mighty, not many noble, are called. But God has chosen the foolish things of the world to put to shame the wise, and God has chosen the weak things of the world to put to shame the things which are mighty.” [2]

We do not want nor need people apologizing for the Bible. Like the Throne of God it needs no apologetics, like eternity it needs no apologetics. Like a lion it is able to take care of itself. Science can tell us a lot about light; that it acts like waves and that it acts like particles and that it bends. But no one knows what Gospel light is like until their spiritually blinded eyes are opened, by the Holy Spirit. You have to taste to see. Only those who have accepted Him who is the light of the world enter into the noonday of its pardon and peace.

Away with those babblers, minstrels of another Gospel who wish to reduce the Garden of Eden to an allegory, Solomon’s Song to a love ditty, the Book of Job to a drama in which Satan is the star actor, and the Bible as the best religious thinkers could think of at the time. They say that it makes no final difference what you believe or how you act, we will all get there some day, some way, some how. The assassin will sit down with his victim; Herod with the children he slaughtered, Paul with Nero who beheaded him. Lenin and Hitler and Stalin and Pol Pott and  the millions they slaughtered  will all be part of the same family.  Jesus and Satan will be locked arm on arm as they walk down the golden streets. What twaddle, what tripe, what trash.  Millions of people expect to go straight to heaven from their bordellos and inebriations. What a mongrel heaven it would be. Does not The Bible say,

“But the cowardly, unbelieving, abominable, murderers, sexually immoral, sorcerers, idolaters, and all liars shall have their part in the lake which burns with fire and brimstone, which is the second death.”

“I marvel that you are turning away so soon from Him who called you in the grace of Christ, to a different gospel,  which is not another; but there are some who trouble you and want to pervert the gospel of Christ.”

Today’s so called “progressive” who preaches another gospel  is as lost as a blind man in a London fog.

The road of life is often dark, its valleys deep and its mountains wild and cold. Sin and death often lurk around the corner; a stumble can be fatal. Thank God we have a lantern, which God has put into our hands, His sacred Word. It is a lamp unto our feet and a light unto our path.  Blind guides are of no value to us here! Politics knows not the way through the darkness, philosophers know not the way, science knows not the way, Jesus says; “I Am The Way. I am the light of the world. He who follows Me shall not walk in darkness, but have the light of life.”  [3]

Yes! One of the greatest novelties of our time is the Glorious Gospel. Had it been preached in every pulpit from generation to generation in all its power, taught in every seminary in all its glory, from the time of Christ till now, how different our world would be.  The mountains and hills would be filled with more hosannas and thanksgivings than now fill apostate churches.

The meaning of the word “Gospel” is Good Tiding s, good news. Like the Angel said to those lowly shepherds, “I bring you Good Tidings of great joy which will be to all people.” As Christians who believe in this Glorious Gospel it is ours to tell from the highest mountain and in the lowest valley, to young and old, on the farm and in the factory, in university and office, in senior citizen homes and beauty parlors, in hotels and around the kitchen table. It is the Glorious Gospel because it meets every person’s greatest need.

How Right is this text when it speaks of the Glorious Gospel. What other words could describe it: awesome, overwhelming, breathtaking? They all carry the same weight. The Gospel is God’s invitation, heaven’s invitation to you to come live with Him in his royal castle.  Are we not heirs and joint-heirs with Him? Do not Kings have castles? “In My Father’s house are many mansions; if it were not so, I would have told you. I go to prepare a place for you. And if I go and prepare a place for you, I will come again and receive you to Myself; that where I am, there you may be also.”  [4]

The price to get there is not free but he who invites YOU there has paid it in full.

On a limestone cliff outside of Jerusalem, Jesus took the hand of the Father and your hand and brought them together in reconciliation. Confessing you’re sins, you point to the Cross-that once stood on that limestone cliff and say; “There is where my indebtedness to God was paid in full. There is where His precious blood washed my awful sins away. Nor will they be remembered against me any more because God never collects a debt twice.”  What a Gospel! How Glorious how Awesome.

Some of You Have Always thought that Christianity was a Straightjacket that kept you from being free. No, No, No, a thousand times no! That is a bold faced, cold-blooded lie from hell.   The Bible says; “He whom the Son sets free is free indeed.” Free from the penalty of sin, free from perishing in hell, free from a hopeless endless eternity. Free to be a citizen of heaven.

You see, it does not matter much what happens to us down here. Were just pilgrims passing through. Our life here is but a vapor that appears for a little while and is gone and soon forgotten. Here the longest life span is but a spark compared to the sun.

There are so many I want to meet there. David the great king, my favorite biblical hero, who is part of his earthly genealogy; John the great evangelist, Paul the great apostle, Calvin the great reformer, Whitfield the great soul-winner and unifier of the thirteen colonies, Bonhoeffer the great 20th century martyr. But all our eyes will be upon Him who sits on the Throne. All faces will be facing Him!

My heart longs for that coronation day. I want to be there. I will be there. All the glorious sunsets and sunrises of a two millennia will surround him, all the redeemed from every nation, tongue and tribe will have their hands stretched out to Him.  Up from this vast, redeemed audience, the greatest ever assembled, will come the shout;  “Crown Him, Crown Him, for He is Lord of Lord’s and King of Kings and   worthy to be praised.  And upon that sacred brow that once men crowned with thorns, the Father will place His Crown. And we his loyal subjects will fall to our knees   singing like seraphim, “All hail king Jesus, king of heaven, king of earth, king of angels, Thy kingdom come Thy will be done on earth as it is in heaven, of His Kingdom there shall be no end.