The Christian Answer to Suffering 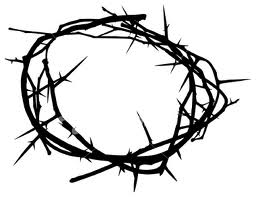 Suffering is universal. Some people suffer from frequent illness or chronic pain. Others deal with the trauma of job failure, divorce, or mental illness. As we grow older, there come the inevitable sorrows of losing parents and spouses. I can still remember when I experienced the first death in what I thought was to be my forever unbroken family circle.  Suddenly we get the phone call that uncle Joe had died. To me he was the invincible man who just made great things happen and could laugh in the face of every calamity. But he was felled by a brain clot to the brain and expired in an hour. Sometimes death comes with socks on its feet and at other times like the crashing of a great chain, but no one can escape the reality of its suffering.

Since suffering is so common to all of us I want to look at it from three different points of view:  the Stoic the Buddhist the Christian.

Being a little bit of a history buff it always amazed me how Stoics endured suffering. One man that stands out is Seneca. He reminds me of an Indian chief who stands there like a great tower of strength showing  no emotion although all that is near and dear to him is being stripped away.

Seneca lived in the first century A.D. He was a native of Spain; he became a wealthy lawyer in Rome, rising to positions of power under three successive Roman emperors. But he is better remembered for his Stoic philosophy of life and how to deal with suffering.

He believed that everything that happened in life did so under some sort of divine providence. Everything is pre-ordained and because you can’t stop it from happening   you just grin and bear it. You submit to it like a slave to the master’s whip.

Suffering to him was much like training for the Olympics; you train to the last ounce of your strength;  you push on till your muscles are on fire; you endure, you ignore;  you push  through the pain  because  you want to be the best of the best; you want  to go higher and further and faster and longer than the competition; you soldier on because it develops the sinews of  discipline and character, and will one day place you  head and shoulders above the garden variety of lesser men.

In other words; how can you expect to become strong if you quit in the sufferings of life? A life of prosperity and easy is the enemy of virtue and the spiritual man. In his own words: “Soft riches have ruined the age by disgraceful luxury.”

In order for a mesquite tree to become strong it must sink its roots thirty feet down into the earth where it gains even more strength. This enables it to endure   arid climates, withstand the chafing of the wind and the buffeting gales of life. It is the stoic man, the courageous man who endures sufferings and misfortunes like a good soldier and looks upon them as opportunities for growth and maturity.

In the above, I used the analogy of disciplining the human body to make the Stoics case regarding suffering; but in actuality, the stoics put little value on the body itself .Virtue and strength of spirit are the only things that really matter.

Next we look at how the Buddhist endures suffering. The Buddhist begins with the belief that all human life consists of suffering. Liberation from suffering begins with the recognition of this reality.  The next step is to recognize that wrong perceptions are the cause of our suffering. Instead of focusing on the externals of this world we must look deep within ourselves and drink from the fountains of happiness that already lie within us. The answer is to discover them and receive from them.

How do you do we transcend above our sufferings and find the happiness that is already inside of us. How do we touch the magic lantern, rub the Aladdin’s lamp, drink from the stream, eat from the tree of happiness within us?   We need to relax, breathe deeply, and focus on the present moment. The modus operandi is to forget the past, forget those things that are behind; and don’t worry about the future either. Tomorrow is out of sight; yesterday is dead and gone, so put the past and the future out of your mind and focus solely on the present moment; that is where happiness is found.

To put it in a nutshell, both the stoic and the Buddhist have good points. Christians agree with the Stoics that suffering can make you stronger. The greatest Christians I know have been to Gethsemane and back. Jesus was “a man of sorrows acquainted with grief.”   Jesus told Paul that he would “suffer for His name’s sake.”

Christians agree with the Buddhist’s that you can’t live in the past and you can’t be forever worrying  about the future;  but you can do something about the present. We agree that we should live our lives one day at a time. The scriptures say,

“So don’t worry about tomorrow,  because tomorrow will have its own worries. Each day has enough trouble of its own. ” (Matthew 6:34)

God does use pain to get our attention. The Psalmist said in Psalm 119:71,“It was good for me to suffer so I would learn your demands.”  (NCV)

The great C.S Lewis put it this way, “God whispers to us in our pleasures, speaks to us in our conscience, but shouts in our pains: It is His megaphone to rouse a deaf world. …

The Stoic looks upon the physical body as not important, only the spirit   of man is important. But the Christian believes that both body and soul are important to God as he created both.  Our body is as much a part of God’s creation as our spirit. And one day, like Jesus himself, we will live in heaven and in a new heaven and a new earth in a perfect body, soul /spirit.

The Buddhist does not believe in eternal life. He disdains the reality of birth and death and suffering.  This life alone is it. At death it’s all over. Finding the spring of happiness within you to overcome suffering is only to get you through this life. It serves no eternal purpose. When you die, its all over’ you walk off the stage,  the curtain falls and blackness, nothingness.

But to the Christian suffering does have eternal significance. This world is a preparation room for eternity.

No one can say they understand the total reason for suffering. Why do the innocent suffer is the toughest question within all Christianity.  Now, we see through a dark glass and have only a portion of the answer. I rest my mind in what Abraham said to God before He buried Sodom and Gomorrah under a sea of brimstone;

“Shall not the Judge of all the earth do right?”

To the Christian, we are exceedingly precious to God.  And while He does not give us all the answers we do know this; that God stays with us in our sufferings.   Like the Good Samaritan he gets right in the ditch beside us and ministers to us.   This is something that is incomprehensible to the Stoic and Buddhist. But to the Christian this is truth par excellence.

Through the Holy Spirit living in us, we experience the power of his resurrection which helps us fight the good fight. Certainly the sufferings of this life leave their scars upon our bodies as  the five scars of Jesus remain on his body.  But they are only reminders of how we can over come through the power of God. We look forward to the day when all  pain and suffering will be removed forever, when God will wipe away every tear from our eyes. Again, here is a Christian hope and promise that no Stoic or Buddhist can match.

Now none of this means that the Christian life is a cruise down the Lazy River; rather we are rowing up-stream against the currents of this world; but like the disciples on the stormy sea, with Jesus in the boat we will make it safely to the other side.

Get in the boat with Him right now while the waters fine;                  “…For the sufferings of this present world are not worthy to be compared to the glory that shall be revealed in us.”

The Best is yet to be.

He’s Only a Prayer Away..