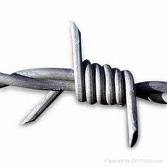 It is strange news to many peoples’ ears to learn that more Christians were martyred for Christ in the 20th century than any other century in history. As historian Paul Johnson said, one of the wonders of the 20th century is that Christianity survived the 20th century. The 21st century isn’t off to such an enlightening, tolerant beginning either.

Not a day goes by when the Christian faith is not being thumped, pilloried, poured on, or outright assaulted.

Of course part of the reason for the lack of a Christian response is found in the faith itself: we are told to turn the other cheek, to love our enemies, and so on. That helps to explain why Christians are such easy targets. And it also demonstrates a major difference between Christianity and the extreme wing of Islam.

Thus we do not see Christian churches issuing fatwas against their attackers. We do not see Christian suicide bombers taking revenge on the godless masses. But still, one would like to see believers start to stand up for their cherished beliefs, and be a bit more bold in proclaiming Christian truth in the public arena, instead of being satisfied with a purely private faith.

We Must Pray For Persecuted Christians Everywhere Around The World.

A bomb, possibly worn by a suicide attacker, ripped through a throng of worshipers outside of a Coptic Christian church in the port city of Alexandria, Egypt, last week killing at least 21 people in one of the worst attacks on Egypt’s Coptic Christian minority. Egypt’s Health Ministry said that at least 96 people others were wounded in the blast. The walls of the church are still stained with blood. Outside dead bodies, as well as hands and legs and stomach parts  were scattered over the surrounding streets.

Several days later a gunman jumped aboard a train heading toward the Egyptian capital and opened fire on passengers, killing a 71 year old Christian man and injuring five other Christians.

Too many of us who live in the security of the West, where tolerance is a virtue,  think of martyrdom as a part of the Medieval past when inquisitional torture racks and fires raged through Europe through intolerant kings and popes. Hopefully, that day is gone forever in our western society; but not so in the intolerant Middle East from which much of the Christian population has fled.

How sad the fact that Christianity has been in Egypt (and Iraq) longer than Islam itself; 600 years longer.   Yet extreme Muslims seem intent on eliminating Egypt’s approximately 10 million Christians. There are approximately 500.000 Iraqi Christians but tens of thousands have bee forced to evacuate their homeland. You can’t help but wonder if the Iraqi government can and will have the fortitude to protect the human rights and liberty of its minorities or will religious cleansing be tolerated.

The blood of these martyrs does indeed cry out from the ground.

The New York Times reported, “A crippling strike by Islamist parties brought Pakistan to a standstill on Friday as thousands of people took to the streets, and forced businesses to close, to head off any change in the country’s blasphemy law, which rights groups say has been used to persecute minorities, especially Christians.”

It always amazes me how many so-called enlightened  artists  have no fear when deriding or even blaspheming Christianity.  They do not consider it hate-speech when they place a picture of Christ on the cross submerged in a glass of the artist’s urine, but rather  call it freedom of expression.  This “Piss Christ” photograph was a winner of an arts award and was partially financed through our taxes via the National Endowment for the Arts.  That’s snake oil not art.

But yet dare they paint  a picture of a Koran dipped in urine or photograph a picture of Marilyn Manson ripping up a Koran as he did to a Bible.  They dare not  because they’re afraid of the quick, intolerant, Pratorean guard reaction they will have to face before they have time to get out of town. Perhaps its because they remember film director Theo van Gogh stabbed to death or the fatwa on writer Salman Rushdie or the stabbing of Rushdie’s translator, or the deadly riots against the Mohammed cartoons in Denmark..

When I see a Western artist, author, journalists, essayist, musician, filmmaker mock Christ, I see not a person of courage but someone who is a coward, some one who is a beneficiary of  Christianity that produced a society of tolerance and  reason where it is safe to live.

The persecution of Christians began with Stephen the first Christian martyr and it has continued throughout church history. As someone said; “The blood of the martyrs is the seed of the Church.” Where it has suffered the most it eventually grows the most. The persecuted underground church in China is a case in point. It is the fastest growing church in the world today.

If you are reading this article in the comforts of your house, your family your friends may I remind you how blessed you are;  be thankful and please whisper a prayer for your persecuted brothers and sisters.

The God of All Comfort is Only a Prayer Away: