Looking For An Eternal City 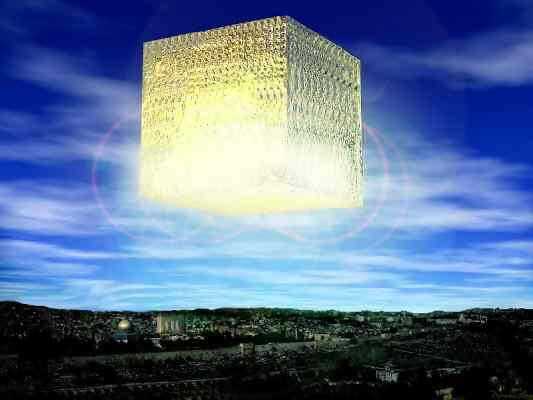 Mohammed did not claim to do miracles as did the great prophets before him such as  like Moses, Elijah, and Elisha. But his followers do claim that he did perform one of the most formidable and astounding miracles you could ever behold with your eyes, hold in your hands, feast your soul upon; it is a miracle sent  down directly  from heaven: the Quran. Here is no miniature miracle. Here is a book breathed from the angel Gabriel’s lips into Mohammed’s ears, and then infallibly copied word for word, sentence by sentence, every dot and dash as if it rolled off of the printing press of heaven perfect in every way (Surah 85:21-22; 10:15; 18:22).

Any mistakes? Not one! Eternal & unchangeable? As Allah himself who has preserved it and keeps it from all error even to this day (Surah 15:9). This a tall order for any book to live up to. Does the Quran come close to meeting its own high standard?

Imagine a batter standing up in the batter’s box, but not totally focused. The strikeout pitch has just crossed the plate at ninety miles per hour. He still has the bat on his shoulder. He’s confused. He is not sure what happened. But the Umpire is not confused. He knows exactly what happened. And he says to the batter, “Your Out!” That is the way many followers of Islam feel today. Their Imams have told them all their lives that the Quran is perfect in every way but the umpires of higher criticism are saying, not even close, “Your Out!” Like a boxer on the canvas floor who is trying to rise to his feet, but he’s too dazed. His legs won’t hold him and the referee waves his hands over him and says, “ Your Out!”

Many nominal followers of Islam today are just as confused and dazed as that today. Many become angry when they discover for themselves that the claims of the Quran do not hold up under honest scrutiny. Any one can say a book is infallible. Many phone books are infallible. But a book infallible in all things, this is a claim only the most-high God can make. When we drill down deep into the depths of archaeology and history and geography and redactive criticism, textual criticism, source criticism, we find more heat than light in the Quran; more I said so, than I know so. There are so many holes in this bucket that by the time you pull it up out of the well to the surface its empty. Nothing much to quench your spiritual thirst on here. Surely God is more knowledgeable, and wiser than to have a book with even one error in it engraved on the walls of paradise. Surely an all knowing God would not send such a book down to man riddled with errlors. I could believe in the sunken Island of Atlantis or some lost utopia before I could believe that the God of all truth would do such a horrendous thing.

For Examples: The Quran and many Imams say that iron came for outer space (Quran 57:25). And this is a proof of its divine origin. The fact is that the core of the earth is iron. Also the Egyptians believed iron came from outer space via meteorites long before Mohammed said so in the seventh century. There were iron mines in Egypt way back in 3000 BC. They called it metal from heaven because they too believed it came from meteoric sources.

For fifteen hundred years the Imams of Islam made many absolute claims about the Quran. No body dare challenge their boast that the Quran is the greatest book ever written and God’s last revelation to humanity because in the Islamic culture it meant the death penalty to dare critique one word, one syllable of the Quran. But here in the West where we have freedom of expression fewer and fewer Imams are making that audacious claim any more. The thirty different Qurans researchers have discovered to date contain historical, geographical, and scientific errors a-plenty. They are riddled not with tens, not with hundreds but thousands of copyist errors. These errors are not translational but theological, and blatantly contrary to each another. Statements that affect the peace and joy of people’s daily lives. The riddle is this; which, if any, of the thirty different Qurans is the exact copy of the one in heaven? The odds of finding out are as unlikely as throwing thirty dice up in the air seventy times in a row and watching all thirty dice land on five every time.  No right minded person would dare risk the destiny of  their soul on such senseless odds.
Here is another example, The Quran has Moses who lived in the 1400s BC talking to the Samaritans. But the Samaritans did not exist until seven hundred years later in the 700s BC. That is equivalent to saying Christopher Columbus talked the President Donald Trump over a slurpy in the Oval office as they both enjoyed a Big Mac. To believe such an anachronism somebody would immediately dial 911 and the three guys in white suits would be coming after you (Surah 20:85-87, 95-97).

So much for the Quran’s claim of being dot for dot, word for word, perfectly preserved, sent down from heaven. After fifteen hundred years we are still looking for ONE  perfectly preserved Quran with all 114 chapters. Historian have scoured and combed through libraries and archaeological sites from Spain to Istanbul and they have not discovered one of the nine major manuscripts the Imams claim were delivered to the nine major cities of their empire in 652 AD. Why did they not discover the nine or at least one of the nine? Would not each Caliph have carefully preserved their Quran in a royal vault under lock and key? Would not hundreds of copies been made for from these nine originals? Islam was not under any persecution. They had plenty of money to buy expensive parchments and hire scores of copyist. The oldest manuscripts that do exist disagree with one another. All for the same simple reason, there never has been an infallible perfect, word for word, sent down from heaven perfectly preserved Quran. It is a fabricated book. The present Quran is as dependable as a fairy tale of long ago and far away in a land called Oz.

Thank God the Bible which we have today, which for three hundred years critics have turned upside down and inside out and put through the fires of higher and textual criticism and it has come out shining like pure gold.

Another example of the Quranic claim to infallible fame is that Mecca is the oldest and holiest city in the world (Quran 7:24; 21:51-71). It is so old that the first man and woman Adam and Eve lived and died here. It was once the world’s first and greatest trading center where thousands of people built homes, built market places, raised families, harvested gardens and grew orchards filled with olive trees. And most surprisingly, has tons of water for all the farms, farmers to grow their crops and inhabitants to drink to their full

Why is it that Islam has not proudly built a billion dollar museum, sacred shrine, putting on display the world’s first and oldest artifacts ever discovered. It would be an eighth wonder of the world that our eyes would ooh, aah over endlessly. Do you think for a moment if the Imams had them, they would not proudly display them and say, Here is our infallible proof that Islam is the world’s first, oldest, and greatest religion and Mohammed the world’s last and greatest prophet.

So here is the question Western historians are asking. Where are all the ancient sites around the Kaaba where we are told the sacred stone that fell from heaven is located? Why are there not a hundred plaques everywhere with inscriptions saying, “ Here is the First…,” “Here Once Stood…,” “Here Once Lived.” Why is the whole area now covered over with cement and surrounded with sky scrapers, where no archaeologist can dig and search and hopefully find one perfectly preserved ancient Quran with all 114 chapters. The answer is obvious. There never was such an ancient Mecca, like there has never been a perfectly preserved Quran sent down from heaven.

How equally strange is it that the earliest historians from other major empires did not mention Mecca in their history books until the eighth century. If it was the Mother of all Cities, why is it not mentioned hundred times in ancient Assyrian, Babylonian, Persian, and Roman history? They were all great trading nations. They all had libraries. They could all read and write. But they say not a mumbling word.
Some Islamist like to say that you can find the City Mecca mentioned in Psalm 84:6 where it talks about Baca. But that is a joke. Baca was never a major city or civilization. It was just an Oasis. And Baca was a thousand miles north of Mecca. That is as logical as saying, Portland, Maine and Portland, Oregon are the same cities.

The earliest extant archaeological evidence for Mecca on a major trade route map is 1299 AD that is seven hundred years after Mohammed lived there. Surely such a world renowned city would be boasted about in the Quran. Jerusalem is mentioned in the Bible over eight hundred times. Why is that? The answer is clear, Islam, the world’s second largest religion is one of history’s greatest fabrications.

And it is for this reason that thousands of innocent young people are leaving Islam and becoming agnostic or turning to Jesus Christ. Islam is being shaken to its foundations now more than at any other time in its fourteen-hundred year history. The younger generation in the West is not afraid to question the claims of their Imams. In the West, the sword of Islam to them is but a shadow. The Five Pillars of Islam are wobbling and cracking because the sands beneath its foundations are shifting sands. Hopefully, their pillars will fall like the pillars in the house of Dagon that Samson pushed over by the Spirit of God (Judges 16:23-30). Islam and its Quran are on life support and breathing heavily as the facts of history press down on its life lines.

Contrary to the Quran, the Bible for the past three-hundred plus years has passed all the historical, archaeological, and textual criticism tests with colors flying. It is our lamp of hope that ever burns brighter; our compass through life, our treasure map to heaven, our window on eternity. God is its author; it is God breathed. That is why we call it the Holy Bible.

These few samples, and many more could be given, should give any serious minded seeker after truth the courage to relegate the Quran, if not to the ash pile, at least to the back library shelf on Mythology.
As Christians we are looking for an eternal city whose builder and maker is God. This city is  called The New Jerusalem (Revelation 21:9-27). Here there is no more death, no more crying, no more pain, no more sad goodbyes, all is Fullness of Joy. Jesus Christ himself is the founder of that city, the king of that city, the light of that city. And to everyone who repents of their sin and puts their faith in him he will take to that city to live with him eternally. He’s only a prayer away