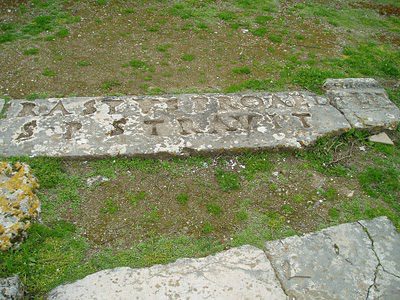 If you are not a lover of History you may find this 3 part series on the Bible very boring. Other-wise Enjoy!

Somebody asked G. K. Chesterton… a brilliant Christian writer about a century ago… “If you were marooned on a desert island, and you could only have one book with you, what would it be?”   His answer was, “Thomas’ Guide to Practical Shipbuilding.”

When you are lost, you do not want a cook book or a fashion magazine, you want an accurate map that will say “you are here” and show you the clear way home

We have such a book called the Bible that shows us the road map to heaven.

The people of Israel and Christians are people on The Book.

…Can the Bible be trusted?

Thoughtful people ask the question; can it be trusted, has science or archaeology proven it to be unreliable.  Can I as a modern, educated, 21st century person believe a book that was written millennia ago is inspired by God?  I believe you can! That is not to imply that there are not things in the Bible that are mysterious and difficult to understand; the apostle Peter sure thought so.

He wrote in II Peter 3:16, “Our dear brother Paul…writes the same way in all his letters, speaking in them of these matters. His letters contain some things that are hard to understand, which ignorant and unstable people distort, as they do the other Scriptures, to their own destruction.”

I’m fascinated by that little phrase, “things that are hard to understand.” Paul gave us some very heavy-revy. I am equally fascinated by the little phrase “other scriptures.” Simply put, Peter was already recognizing that Paul’s words as authoritative as the Old Testament and not merely human writings. There are people who think that the Bible has valuable moral insights, but at best it is a collection of myths, fables,  and once-upon-a-time fairy tales.

Precisely, what we call the Bible is really not a book. It is 66 different books written by forty different authors over a period of some 1500 years.  Can you imagine somebody starting a book 500 years before Columbus landed in the New World and finishing it in our day? Most of the authors would never have met one another and yet when the last man laid his pen down they created a master piece of perfect harmony.

There is only one thing that could bind them all together in one complete narrative and that is that the Bible  has one original author and is God breathed. God has never been silent on planet earth. He has continuously revealed Himself in human history, particularly through the Scriptures. This is what makes the Bible radically different than other ancient sacred writings of the Sumerians or the Egyptians etc… In one sense of the word, the Bible is God revealing Himself through a history book.  There are those who say that it was the Jews who invented the writing of history.

Let me take you to a dry as dust but to any lover of Bible history a very fascinating portion of scripture,

“In the fifteenth year of the reign of Tiberius Caesar—when Pontius Pilate was governor of Judea, Herod tetrarch of Galilee, his brother Philip tetrarch of Iturea and Traconitis, and Lysanias tetrarch of Abilene— during the high priesthood of Annas and Caiaphas, the word of God came to John son of Zechariah in the desert.”

How concerned is Luke about historical detail? Quite concerned! Why? Because he wants people to know this is not a once-upon-a-time kind of story. It happened in real time. People who read much of ancient literature will tell you that you don’t get this kind of detail in stories about Hercules or Thor or Isis. Luke wants you to have utmost confidence that what he is writing is accurate, reliable

You can peg your eternal destiny upon it.

Critics of the Bible loved to wave their finger at this verse and say, see the Bible is not true; there is no mention in ancient history of this strange fellow named Lysanias. Oh yes, there was man named Lysanias who lived 50 years earlier in a town named Calsis, but he is not the fellow mentioned by Luke. Luke the historian got his facts wrong and so you can’t trust the Bible.  And Oops in the 20th century the embarrassing inconvenient truth finally cries out from the rocks. Archeologists found an inscription that was written during the reign of Caesar Tiberius (14-37 AD) that refers to Lysanias being the tetrarch of Abilene. It turns out there were two Lysaniases and that Luke had it right all along.

Another Example where the New Testament gets confirmed by archaeology: Luke who also wrote the great history book of the New Testament the Book of Acts mentions that the apostle Paul was taken as a prisoner before a proconsul (governor) of Achaia (a province of Greece) named Gallio.

Again the rocks cried out and an inscription was  discovered in Delphi in 1905 that reveals that the proconsul of Achaia at that time was a man named Gallio.

Another Example where the New Testament gets confirmed by archaeology:  In Acts 19:22, Luke identifies a man name Erastus as one of Paul’s helpers. It says that he was a city treasurer in Corinth. Again, a lot of liberal scholars were skeptical because they believed that all of the early church members were taken from the lower classes of society. Luke referred to Erastus as a high class city treasurer.  Oops, the irritating truth jumped out of the rocks again. In 1929, archeologists excavated a first-century street in Corinth. (See picture above).  It is a picture of the actual stone laid 2,000 years ago by Erastus. It still lies where he left it revealing to us that Luke can be depended upon as an accurate Bible historian.

Another example: In Acts 18:2, it says the Emperor Claudius gave an order for all the Jews to leave Rome. The writings of a Roman historian named Suetonius verifies Luke’s remark:  “Because the Jews of Rome caused continuous disturbances at the instigation of Chrestus…” probably a different spelling of Christ, “… Claudius expelled them from the city.”

Archaeology and  historical research of course do not prove that the Bible was divinely inspired  (as I believe it is ) but it certainly verifies the fact that it is an historically accurate book. There  has not been one archaeological find that has ever proven a verse in the Bible to be in error; rather quite the contrary

In Matthew, chapter 8, Matthew tells about a centurion who comes to Jesus and asks Jesus to heal his servant. Now Luke tells the same story in Luke 7, only in Luke’s version the centurion sends a few elders, and they’re the ones who put the question to Jesus. So there are critics, as one said to me several weeks ago:  “See this proves the Bible cannot be the Word of God because it contradict itself.”

But I don’t think that’s a right way of looking at it. To this day reliable reporters will tell the same story in different ways; reliable witnesses will explain a car accident in different ways. That doesn’t mean it didn’t happen. When a detective hears a group of people all giving the same graphic details word for word it makes him suspicious, that someone is lying.

For example, if the gospels really were the product of a group of guys in the early church getting together and cooking something up, this is exactly the kind of thing they would have done. They would have airbrushed out all their differences to make everything look perfectly smooth and identical. Not surprisingly, Matthew and Mark say there was one angel at the tomb, Luke and John say there were two. Matthew says Peter denied Jesus before the rooster crowed once. Mark says the rooster crowed two times. Furthermore, the gospels say the first resurrection witnesses were women. Now back in the first century in Israel, women were not allowed to give legal testimony. Their testimony was not recognized in courts. If you were making the story up to deliver it to first century Israelites, you would never  make up in the story that the resurrection was witnessed by women.

He is never more than a prayer away!