Is it Intolerant To Question Islam ? 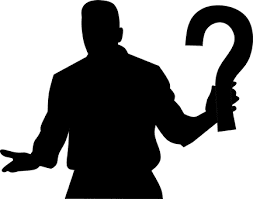 Islam fears  criticism. It is thin skinned.  It refers to those who question it  and challenge its  claims of as  hostile.  However, to play the religious card and describe criticism  as hate speech, as Islamophobic is too late. The  imprisoned  genie, the deadly facts are oozing  out of the dark cave into the free air of expression.  The two main threads holding the Islamic  fabric together, the perfect book the Quran and the perfect man, Mohammed   are gradually  becoming unraveled before the glazed eyes of millions.  The young people, especially in the West,   are reading the ground breaking  data and demanding honest, factual, historical  answers,  right here and right now. “Why have we not been told this before” they are asking?  No longer are they afraid of their Imams  or of political imprisonment. The days of  “blind faith”  or “Because I told you so”   are over.   Clerics and academics who  want to keep their integrity  are losing their iron grip on the minds and souls of those who have the audacity to ask the hard questions. They feel the earth-shaking facts quaking beneath their feet and they tremble for the future of their beliefs.

In Western academia it is standard practice to  question,  cross exam,  investigate names and places, history and dates,  events and times. Beginning in the early 18th  century and continuing  for almost 100 years the Bible went through the fires of historical criticism, didactical criticism, source criticism, literary criticism, textual criticism. And  it came out shining like pure gold.  Like pure gold it stood fire. Now for the first time in 1400 years it is Islam’s turn and it is coming out of the crucible of investigation flaky  and unstable and brassy as  fool’s gold.

How ironic that Islam says you cannot question it upon the fear of death.  This is proving its Achilles heel in the West where no such fatwa can be enforced. The fear to question has kept its followers in  the East a very dark place.  For centuries it was  isolated and unquestioned inside the shadows of Mohammed’s cave and insulated and isolated from harsh honest  criticism  inside their grand  mosques. Surah 4:65 supports this dark history  when it says, “But no, by the Lord, they can have no (real) Faith, until they make thee judge in all disputes between them and find in their souls no resistance against Thy decisions but accept them with the fullest conviction.”  In Afghanistan, Pakistan, Saudi Arabia etc. where Islam is dominant Christians are not allowed to carry a Bible in public, evangelize nor build churches. Islam is not a religion of peaceful tolerance. If you do not pay you do not play.

Surah 9: 29 holds out the fisted gauntlet,   “Fight those who believe not in Allah nor the Last Day, nor hold that forbidden which hath been forbidden by Allah and His Apostle, nor acknowledge the religion of Truth, (even if they are) of the People of the Book, until they pay the Jizya with willing submission, and feel themselves subdued.”  (cf. Surah 5:51; 9:29,73,111; 123; 48:29).

However, the Mohammed himself had no twinge of conscience in offending the pagans in Mecca and destroying there 360 idols. He did not consider it offensive to have 800 Jews in Medina   dig their own graves before having their throats cut because they spoke out against him refusing to accept him as a prophet.  Neither does the Quran consider it offensive to label Christians and Jews as the “the worst of all creatures” meaning lower than dogs, pigs, rats and even insects.  Should the Quran be banned as hate speech because of what it says about Christians, Jews, and theists?  (cf.  Surah 9:12, 28-32; 62:5; 98:6).

Joining Islam in many Islamic countries is like joining the Mafia. Once you are in it your in it for life. To try and leave it will cost, you your life. No human rights tolerated no freedom of speech  allowed here. God promised to bless Ishmael and make his descendants a great nation. But he did not give them his blessing prophetic blessing of becoming his most favored nation status. That he gave to Isaac (cf. Genesis 17:19 with Genesis 17:20)

Like in Islam you are not a child of God you are a slave of your master Allah. And as a slave you dare not question your master (Surah 4:65).  This, however, has been one of the major fault lines running throughout Islam. For centuries and to this day in the predominately Islamic countries objective criticism can result in death.  It has disallowed free-thinking Muslims to stand up and ask the reasonable, factual uncomfortable, hardnosed   questions of their faith that are being asked today in the West.  In the Bible we see just the opposite, great men like Abraham, Job, the Psalmist, Habakkuk and other all questioned God, Why? (Genesis 18: 12 -13; Job 3; Psalm 10:1; Habakkuk 1:12-13).

Like the Achille’s heel of Islam has been the denial of free speech to speak out against it. This has been enforced by the severest of punishments for centuries. Mohammed for example ordered the murder of Kalb Ibn Al’Ashraf for writing sarcastic verses about him. The ghastly result  was having his head cast at Mohammed’s feet with the cry “Allah Akbar,” God is great, a cry that still accompanies many Islamic atrocities to this day. In 1988 a ten-year Fatwah (death sentence) was put on the life of author Salman Rushdie who dared to write a novel regarding the Satanic Verses in the Quran, and he had to go into hiding. This not a religion of peace nor an example to follow for a person who adamantly disagrees with another person’s religion.  As the Quran says in Surah And kill them wherever you find them and turn them out from where they have turned you out…”  Within Islam the world is divided into Two Houses, 1. Dar al-Islam, The House of Islam. 2. Dar al-Harb, The House of War. How do you defend such a book and such a prophet (cf. Surah 2: 191-193; 7: 157: 33:21)?  How different the man / prophet  Mohammed from the man / prophet Daniel of whom it is said, “ … nor was there any error or fault found in him” (Daniel 6:4)

The word Islam means Submission; so, in Islam you are to surrender your mind to Allah unquestionably.  This is its method of control over its followers.  Surah 4:65 says, “But no! By your Lord, they will never be ˹true˺ believers until they accept you ˹O Prophet˺ as the judge in their disputes and find no resistance within themselves against your decision and submit wholeheartedly.”  So much for freedom of conscience, expression, and religion. Islam persuaded very few people to convert of their own freewill.

It rapidly spread from Spain to India with a sword held to your throat, saying “Chose Allah, death or the Dhimmin” The liberty of conscience as a sacred right that never crossed the mind of the world’s greatest prophet. But without the sword in one hand and the Quran in the other Islam would have died in its cradle. To this modern-day it is the threat of death that keeps  some 52 countries under the shadow of its sword.

Do not be afraid to question Islam!

In my next article I will give you three basic questions that all brave-hearted,  honest seeking  Islamists must ask themselves.