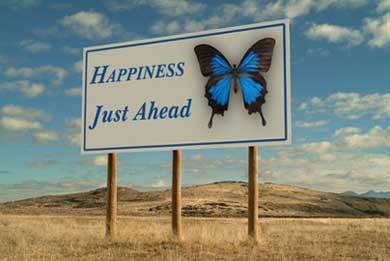 Earthly Hppiness is A Perishable Fruit.

When I was a young and restless 20-year-old, I decided to hitch hike across Canada and the United States. It was an exciting adventure to be sure with many unforgettable experiences. I then decided to hitch hike from Alaska down to South America but was warned not to do so as you would very likely be robbed and killed. So ‘discretion being the better part of valor’ I scratched the idea.

But one of the most unforgettable experiences I did have was when I landed in California. I was especially impressed with Beverly Hills. To a young man brought up in the village small enough to throw a rope around it,  it left an indelible impression upon me. Here was a city of superlatives; where famous and rich people lived in opulent- extravaganza; where incomes and choice properties staggered the imagination; where land was bought by the foot, and where a re-modeling job cost more than my parent’s house; where a haircut could cost you $100:00, where a house cost you a million dollars; where there were more doctors and lawyers and psychiatrists than I even knew existed; and where divorce was a normal business transaction.

Beverly Hills was and Ideal place to live climate wise; but in this posh paradise of rising and falling stars I soon discovered all that glitters is not gold. Like the rest of us “little people” they too were in search of happiness. Happiness is not an item to be found in the marketplace, but rather a precious stone found on rough roads that bypass the sentinels of splendor, envy, and greed.

Happiness is different things to different people! But there is an inward happiness of the soul that only comes from God Himself. Happiness is not in unbelief. Voltaire wrote,” I wish I had never been born.” Happiness is not in pleasure, Lord Byron wrote,” The worm, the canker, and the grief are mine alone.” Happiness is not found in military glory or worldly fame. Alexander the great went into his tent and wept because there were no more worlds to conquer. Someone has said that money is a universal provider of everything but happiness. No, there is nothing wrong with wealth; many great me like Abraham and Job and David were very rich.  However, they learned the secret that there is nothing in this world that can bring real inner-happiness, for true happiness conly comes from within. If they had lost it all, they would have lost their inner-peace-with-God. And That is the wonderful story of the gospel. Jesus came to this earth to give us happiness and peace within. The knowledge that our sins are forgiven and all is well between us and God is to possess and inward peace and happiness that passes all human understanding. True happiness is in the heart and not in the circumstances.

Before he returned to heaven Jesus delegated a healing ministry to his disciples. He commissioned them to go into the entire world with a twofold message. 1. To preach the forgiveness of sins, 2. And to heal the sick. The disciples obeyed this command from Christ. They simply took him at his word; and the Scripture say,” They went forth, and preached everywhere, the Lord working with them confirming the word with signs following.” Sometimesthe sick were healed individually; sometimes in mass; sometimes they were healed by special prayer-cloths; sometimes by the shadow of an apostle passing over them. To be sure it was miraculous and beyond their and our understanding, but what can we say to all these things, the Bible is full of divine miracles.

God still has immense love and concern for the sick and suffering today. The Scriptures say,” Is any sick among you, let him pray.”

Thank God for the marvelous provision he has made for the sin sick soul.  The day an age of miracles is not over. Jesus Christ is the same yesterday, today and forever. Reach out in faith today, right now and ask him to touch your sick body and an even greater than that fill the emptiness of your heart with his eternal joy. He’s only a prayer away. That is the ultimate happiness!

“The Joy Of The Lord Is Our Strength.”