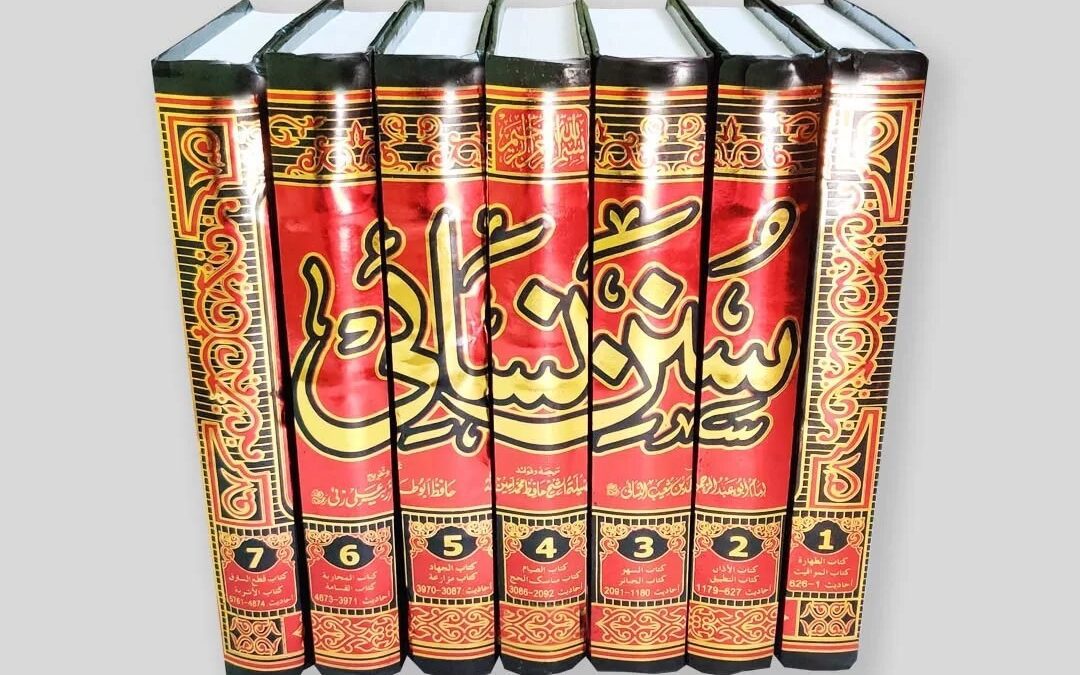 The Hadith is a seven-volume set of books (in English) that contains some seven-thousand-five-hundred stories of how Mohammed lived and how his followers should follow in his exemplary footsteps. Everything we know about Mohammed does not come from the Quran but from the Hadith. Most of what comes from the Hadith does not come from eyewitnesses nor from people who knew the eyewitnesses. but from embellished stories written in AD 833 two hundred years after his death. The Hadith tells us stories of how Mohammed would spit, and his companions would race to gather it up and rub it on their faces. If a hair fell off his beard, they would rush to grab it; some even drank his blood. All the personal sayings and doings about him are oral traditions, embellishments as reliable as tag telephone and Nostradamus.

The Hadith’s main author and the main problem is that it was written by Sahih al Bukhari along with six other authors who never laid eyes on Mohammed, never talked to him, and never interviewed an eyewitness who did know or talk to him. Bukhari did not live in the same century or geographic area where Mohammed lived and died. Then the fact that 80% of Islam comes from the Hadith, not from the Quran itself is a forest of uncertainty. History shows that Al Bukhari was a liar and a deceiver. We are told that he gathered 600,000 sayings and stories of Mohammed and destroyed approximately 98% of them and retained and memorized 7400 of them. This took him sixteen years. It is difficult to see how a person could do such a thing and yet live a normal life. This would mean that he classified, verified, and recorded 822 Hadiths a day for sixteen years.

Here is such a story that Bukhari retained for the Hadith. While Moses was taking a bath, he hung his clothes over a stone. The stone ran away with his clothes. Moses ran after the stone and when he caught up with it, he retrieved his clothes and started beating on the stone with a rod and the marks are still on that stone to this day. How blind to believe such a man. Iman Al Bukhari even sees monkeys in the animal kingdom as committing adultery with each other (# 3849). The Hadith comes out of the ninth – 10th centuries some two hundred years after Mohammed’s death in AD 632. His six other authors neither knew Mohammed, talked to him, or to any eyewitnesses who knew him; nor did any of them live in the same century or geographical location where Mohammed lived. Al Bukhari was from Persia hundreds of miles away. Hadith’s main co-authors never visited Mecca or Medina. They lived in and around cities like Bagdad, (Kufa) Basra, and Cairo. Some of the Hadith’s pills are too large even for a camel to swallow. Here is the big question. Why two hundred years later? The Gospels were written by people like Matthew and John who lived and talked and walked and traveled with Jesus for three years. They were written by Mark and Luke who investigated eyewitnesses who heard Jesus preach and saw his miracles and crucifixion. Five hundred at one gathering saw him in his resurrection body. The gospels were written 20 – 60 years after Jesus’ death while multitudes of people were still living to challenge any embellishments that might be made about him, and we find none.

There are many orthodox Islamists who see the absurdity in much of the Hadith and dismiss it as too embarrassing to believe. They see how Sharia law has turned places like Pakistan and Afghanistan into Sharia hell holes. They refer to themselves as Quran Believers Only. However, the fact remains that the 9th century Hadith has been the backbone of Islam for fourteen hundred years and most of the rules of Sharia come from its traditions as written by Sahih Al Bukhari. The word Sahih means “authentic.” Fourteen hundred years of tradition cannot be authentically brushed aside. Some of the Hadith we know was written by Aisha. She is the one who records that she was a child bride. (Sahih al Bukhari 8:73:151; 9:87:140).

For example, the Quran does not tell its followers to repeat the Shahada five times a day the Hadith does this. The five daily prayers are found in the Hadith, not the Quran. Can a historian like Al Bukhari be trusted? The Hadith which makes many of its believers t does not claim as does the Quran to be “sent down” and infallible to the last page. But because 70% of the Quran comes from the Hadith, I hear the pillars trembling, I see the foundations cracking as the earth shakes mighty beneath the feet of the man, the contradictions of his book, the feeble legends of his superstitions and the trail of poverty it leaves behind wherever it is practiced.

Some of the seventh-century manuscripts of the Quran contain vowels, but vowels did not exist until the eighth century. Only consonants existed in writings prior to the eighth century. How could the Quran have been written with vowels in the seventh century one hundred years before vowels even existed? While 21st-century Islamist scholars say that the Quran on earth exists as perfectly today as the Quran in heaven, skeptical ninth-century scholars say differently. They say that whole verses have been lost, redacted, modified, and even eaten by sheep. So much for the three claims made by Islamists regarding their Quran as 1. Eternal, 2. Complete, 3. Unchanged.

Research shows that there are five thousand textual differences between the present-day Warsh Quran and the Hafs Quran. These are not differences in style or pronunciation but in consonants, words with totally different meanings, which change Islamic theology and practice. So much for the myth that every Quran on earth is an exact duplicate of the perfectly preserved Quran preserved on tables of stone in Heaven. written in heaven. Of the thousands of perfect Qurans that should be perfectly preserved and on display in libraries throughout the entire middle east, hold up one for all eyes to see

Islamist scholars claim that the Quran was compiled completely under the authority of the caliph Uthman in 650 AD. And that the Qur’an we have today is unchanged from this original seventh-century Uthmanic manuscript (c.f. Surah 85:22). The bitter truth is that the Quran read in every Mosque throughout Islam every Friday is not the same one read all over the Islamic world. There are scores of different translations of the Quran in Arabic alone. The malicious lie that no honest Islamic Imam can dodge any loner is to tell every honest seeking Muslim that the Quran they hold in their hand is an exact duplicate of the Quran in heaven.

All is not well in Islamaville.