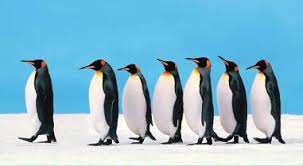 Americans’ opinion of the federal government has fallen to a record low. Just 28 percent of Americans rate the government in Washington favorably. No surprise here! But Americans continue to view local and state governments favorably, according to a Pew Research Center survey. The problem is that the focus on serving the people has flown the coop like a wild goose in winter. “We The People,” has been morphed into “We the lawyers,” We the politicians,” We the Lobbyists.”  “I want that inside-trading advantage and that retirement benefit to boot,  that’s why I ran for office.”

It’s most unfortunate but like most people I too have little respect for someone when they tell me that they’re a politician. I cannot help but give them that empty bucket look. Instead of seeing a light over their head all I see is a dark shadow. A dozen red flags immediately   pop in my mind with the same suspicion written on them; “What’s in it for you.”  It’s most unfortunate to observe the ambitious lengths candidates will often go to achieve power. Great leaders, however, do not seek power for selfish ends; instead they use it to serve.

In the Gospel of St. Matthew, chapter 4, is recorded the temptation of Christ. In the wilderness, Jesus was faced with what means he would employ in winning men to God. What method would he use to convince others he was the Messiah — the anointed leader of Israel? One commentator asked it this way: “How was he to turn the vision into actuality, and the dream into fact?” The methods Jesus rejected in his temptation speak volumes to what is standard fare for most political campaigns today.

First was the offer of bread. Give them bread was the suggestion. Propose giving material things. If Christ had succumbed to this temptation, then people would have been persuaded to follow him for what they could get — not the way of the Cross — not the way of service. “Man does not live by bread alone,” said Jesus.

One sure way for politicians to develop a following is to offer jobs, food, education, housing, child care, healthcare, etc. Few matters reveal the depth of political corruption than the way public officials have addicted the nation to public assistance. Ancient Rome fell when government leaders thought the answer to its problems was bread and circuses.   Today the government has essentially become the opiate of the people. Politicians offer to solve all the problems of impoverishment, but in doing so pre-empt the genius of private enterprise, the power of private charity, and the profound influence of the church — all of which are indispensable to the national character. Whenever political candidates or the public fall for this temptation, freedom is actually lost as the role of government expands. The nation’s soul becomes defined in terms of government grants and perceived entitlements — not the spirit and ingenuity of its people.

The second temptation was to dazzle the crowd. Jesus was taken to the pinnacle of the Temple, where Solomon’s porch and the Royal porch met, and urged to use his divine power to leap down the 450-foot drop into the Kedron Valley below, unharmed. The suggestion was that people witnessing the event would surely become his followers by the sensation of it alone. Jesus rejected this enticement on the basis that those who sacrifice substance for sensation are ridiculously putting themselves at risk.

It’s the act of a misguided faith. “Do not test the Lord your God,” admonished Jesus.

This is nothing new; “there is nothing new under the sun;” the same old folly prevails; its history repeating itself. Politicians are being presented as superstars where charisma replaces character, personality trumps ability. We are coming to that place in politics now where it’s dangerous to be right when the government is wrong. Good leaders do not bribe people to follow them nor do they take bribes and thus become followers of some lobby machine. They are not full of words said and deeds undone; they are not ladder holders for petitioners.
Lastly, there was the temptation to compromise. “Fall down and worship me,” promised the tempter, “and I will give you all the kingdoms of the world and their splendor.” In essence, the tempter suggested: “Drop your standards a bit, Jesus. You will never accomplish world domination by the high and lofty principles you embrace. Don’t you realize there are others in the world besides you? Make a bargain with the existing power. Make a few concessions. To win the public, you must reflect public opinion. To own the world, it must own you.” Jesus countered the temptation declaring: “Worship the Lord your God, and serve only Him.”  True leaders do not compromise on principle.

One can only imagine the positive difference if politicians were led primarily by allegiance to God. Gone would be the corruption precipitated by bribes from special interests. Gone would be politically correct statements like, “Well, I personally believe abortion is wrong, but I’m still pro-choice.” Gone would be support for state lotteries enacted in the name of public education. Gone would be sympathy for legalized gay marriage, sodomy as a constitutional right. The next big push will be multiple partners.

And how marvelously appropriate such allegiance would be when one considers the Bible teaches the “powers that be are ordained of God.”  And when God says: “By me princes’ rule, and nobles, even all the judges of the earth,” it becomes abundantly clear leaders are established by God with the priority of serving his purposes. Moreover, in the final analysis, leaders are not to be judged by opinion polls. The measure of their success is not be determined by history, but instead by what God has decreed.  Evil is never defeated by compromising with it. We should not be for that which God is against.  No great leader better personified this principle better than Jesus. Advances are never made by retreating.

Let’s be Gatekeepers of the truth, not Lapdogs, not Penquins!

The Best Is Yet To Be.