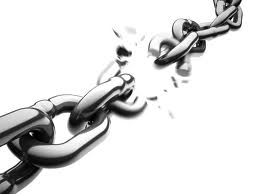 “Remember those in prison as if you were their fellow prisoners, and those  who are mistreated as if you yourselves were suffering” (Hebrews 13:3.)

The latest news about the Christian pastor held in Iran for converting from Islam to Christianity is another example of Iran’s barbaric and vicious treatment of its religious minorities.

Iranian officials are constantly trying to convince the imprisoned 34-year-old pastor, Youcef Nadarkhani, who converted to Christianity at age 19, to return to Islam. Pastor Nadarkhani is currently awaiting his fate as to whether he will be executed for converting to Christianity.

In trying to convince the Evangelical pastor to come back to Islam, Iran’s secret service officials earlier approached the pastor while in prison to read a 300 page book on the truth of Islam compared to the false claims of Christianity. To reject the material is to condemn yourself as a blasphemer.

The problem is that now Iran’s judiciary has been caught on the horns of a dilemma. They fear that their decision for death will have far-reaching political implications and add further distrust and criticism of Islam as a religion of  coercion and not as it claims a religion of free choice. The other horn of dilemma is that pastor Nadarkhani release will show disrespect for of the tenets of Shariah law.

A   letter on behalf of the judiciary was sent to Supreme Leader Ayatollah Ali Khamenei, the nation’s highest authority in interpreting Shariah Law, asking him to make the final decision.

It is unusual for the supreme leader to be asked to weigh in on a case, but officials said this case is rare in nature and requires Khamenei’s stamp of approval in order to issue an execution.

The young pastor came under the regime’s radar in 2006 when he applied for his church to be registered with the state. According to sources, he was arrested at that time and then soon released. In 2009 he bravely went to local officials to complain about Islamic indoctrination in his school district, arguing that his children should not be forced to learn about Islam. He was subsequently arrested and has been imprisoned since.

In an effort to distract the media, the Iranian government denied that the charge against Nadarkhani was apostasy, or leaving Islam, and even alleged that he was being held for rape and extortion. But that mud did not stick to the wall.

In October 2009 the pastor was tried and found guilty of apostasy by a lower court in Gilan, a province in Rasht and given verbal notification of an impending death-by-hanging sentence.

In December, his lawyers appealed the decision, and the case was sent to Iran’s Supreme Court, which by June stated that it upheld the lower court’s decision of execution, provided it could be proven that he had been a practicing Muslim from the age of adulthood, 15 in Islamic law, to age 19, the time when he converted. In September, the lower court upheld the apostasy charge because he was born into a Muslim family.  Then the court then gave pastor Nadarkhani three chances to recant his beliefs, and return to Islam, but he refuses to recant.  He who is forced to believe some truth, which is not true to him, it is heresy. 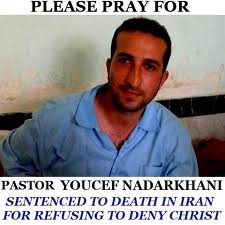 All religious minorities in Iran, including Bahais, Zoroastrians, Jews and Christians, have faced various forms of persecution and political and social marginalization throughout the regime’s 30-year reign. But the government saves its harshest retribution for those who have abandoned Islam.

Only international support of the good pastor is keeping him alive. Christian advocacy groups and human rights organizations and Facebook zealots have mounted numerous global campaigns and petitions against the Torquemada’s of the Iranian government; otherwise he would have faced their final inquisition long ago.

This can only cause you to ask the question, “What about the others who were not / are not / as fortunate to have had such international support fighting their cause?”

As the great Tertullian said, “The blood of the martyrs is the seed of the church.”

“Remember those in prison as if you were their fellow prisoners, and those (like Pastor Nadarkhani) who are mistreated as if you yourselves were suffering” (Hebrews 13:3.)

In His Name We Pray: