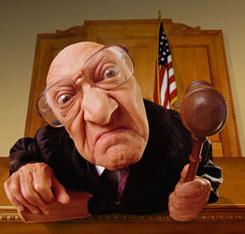 What Is An Excuse? An Excuse is the skin of a reason stuffed with a lie.

Excuses are as old as Adam and Eve, Cain and Abel, Moses and Gideon.

In the parable of the Great Feast here in Luke chapter 14 we see three main excuses for not coming to The Feast of The Great King.

Three of the greatest excuses ever invented next to, “I told you I was sick.”

I Read A Humorous Story About Some Gi’s On Furlough That I Think Illustrates The Power Of Excuses.

The commanding officer was furious when nine GIs who had been out on passes failed to show up for morning roll call. Not until 7:00 p.m. did the first man straggle in. “I’m sorry, sir,” the soldier explained, “but I had a date and lost track of time, and I missed the bus back. Being determined to get in on time, I hired a cab. Halfway here, the cab broke down. I went to a farmhouse and persuaded the farmer to sell me a horse. I was riding to camp when the animal fell over dead. I walked the last ten miles, and just got here.” Though skeptical, the Colonel let the young man off with a reprimand. However, after him, seven other stragglers in a row came in with the same story-had a date, missed the bus, hired a cab, bought a horse, etc. By the time the ninth man reported in, the colonel had grown weary of it. “Okay,” he growled, “now what happened to you?” “Sir, I had this date and missed the bus back, so I hired a cab.” “Wait!” the colonel screeched at him, “don’t tell me the cab broke down.” “No, sir,” replied the soldier. “The cab didn’t break down. It was just that there were so many dead horses in the road, we had trouble getting through.”

God has heard every excuse on the planet and none of them are worth missing heaven for.

Imagine yourself sending out gilded invitations to the biggest extravaganza ever put on in the history New York City. You are a person of great wealth and you want to show appreciation to your diamond studded friends. Your drawing-room with its friezes and fountains surpasses that of any the five Caroline Astor mansions.  Your banqueting hall with its elaborate ceiling and floor and porticoes are enough to take a poor man’s breath away.

You hired the finest chefs and trained waiters.  You bejewel each table with the finest china, the finest gold ware, the most excellent lace. You want to make Bill Gates look like Mr. Grinch

You’re not only a man of means but of considerable political clout as well.

You are mentioned in the Who’s Who. And the national, state, mayoral, and civic leaders know you as well as you know them

A week after your gold-engraved, royal-ribboned invitations are sent out the excuses start coming in. Pathetic excuses all of them. Fact is they do not want to come.

“But They All With One Accord Began To Make Excuses.”

Like God said about his people Israel, “My people have forgotten Me days without number.”

I wish to briefly show you, with God’s help, the excuses people make for not serving him.

1.   Christianity Has A Bad Track Record.

I am well aware of the Inquisition, the Thirty Years’ Religious War and much much more, which do not compose Christianity’s finest hours to be sure.

Many ivory pulpits and vaulted cathedrals used religion as a call-to-arms against all who disagreed with her theology, rather than a call to faith. The church by enlarge was the mainstream, the status quo, rather than the counterculture to evil, the salt and light that God called them to be. The church was bourgeois, noted more for its political power than spiritual power.

But, my friend, I think Christianity has taken a bad-rap. Over all she has done an enormous amount of good in this world. She has given to us the highest code of morality known to man; and that code has become the foundation of our Western civilization. Her track record on throwaway babies, the sick, the poor, and the elderly, universities, hospitals, orphanages, science, slavery, capitalism, music, art, literature is better than any other religion in the world.

How many unsung, unknown, unappreciated, white robed heroes and martyrs she has sent out into this dark, cold world to make it a better place.

Heroes like abolitionist William Wilberforce, thinkers like Blasé Pascal, social reformers like Martin Luther King Jr., humanitarians like Henri Dunant founder of the Red Cross and William Booth founder of the Salvation; legendary Florence Nightingale who heard the voice of God calling her to do his work and became the founder of modern day Nursing; Christian lawmakers like Hugo Grotius, and those stalwart christians who started the League of Nations… and on and on …her heroes are legion.

But much greater than all this is:

The lost souls she has saved for eternity. The hopeless lives she has made better here and now. The scarlet wounds she has bound up. The painful consciences she has soothed?  And Christianity does this 24/7, from the rising of the sun to the going down of the same?

I do not have enough faith to be an atheist. I believe in fortune cookies more than atheistic funeral orations. All dressed up and nowhere to go. Atheism is the opium of unbelievers. Their challenge for God to strike them dead only shows his mercy.  Like atheist Karl Marx quipped; “An agnostic is nothing but a gutless atheist.

It’s as impossible bury God as it is to tear the stars out of the sky, as it is to go in different directions at the same time.

I do not mean to throw out scoff, for God truly loves atheists and honest agnostics. Many like C.S. Lewis and Bill Murray O’Hare son of famous atheist Madalyn Murray O’Hare have turned to Christ and have found meaning in life and in death. If you are an honest doubter take a leap of faith and pray: “Lord help Thou my unbelief.”  (If you’re familiar with Pascal’s Wager,) He just may surprise you with His joy.

Too Many Hypocrites In Christianity

Well don’t be too alarmed Jesus had one right in his apostolic band who sold him out for thirty-pieces of silver.

That reminds me of the Clergyman driving down the street rather erratically, drawing the attention of a police officer on duty. The policeman pulled him over and asked, “Sir, I noticed you were weaving a bit. Have you been drinking?”
“Oh, no, officer,” he replied, “I’m just a bit tired.” Looking a bit closer, the officer noticed his clerical collar, and also noticed an empty bottle on the floor.
“Now, reverend, maybe you can tell me exactly what you had in that bottle?”
“Just some water,” he answered.
“Could you hand me the bottle?” The man did so, and when the policeman raised it to his nose, there was no mistaking the odor.
“That wasn’t water, that was wine,” he said.
“Well, praise God, He’s done it again!”

Hypocrites you have with you always. Some of them will have to be screwed into the ground when they die.

But are there not plenty of honest lawyers, doctors, patriots, entrepreneurs, politicians and clergymen. Don’t hide behind a hypocrite. You have to be smaller than he is to do so. Just because there is a rat in the barn you don’t burn the barn down. You get rid of the rat. The Christian Clergy is still highly trusted. And beyond all that Christ Himself has never let you down and true Christianity is Christ.

I Couldn’t Be A Christian Because Of My Disposition

I’ve got a spitfire temper. It doesn’t take much to tick-me off. I get so mad I can crack Brazilian nuts with my bare teeth. When things don’t go right I fly into a wild-eyed, clenched fisted, white knuckled, nostril flaring, vein-popping, red-hot rage. Jesus meek-and-mild would not want much to do with me.

I beg your pardon, but the grace of God has been more than a match for plenty of people like you. The wildest horse that ever rode across the Wild West was broken bit-by-bit-by-bit and became the better for it. The angriest waterfalls raging from the highest mountain shelves have been harnessed to turn the wheels of electricity and thus the wheels of industry.  And the haughtiest angriest men who ever walked on this terrestrial ball have been made into his greatest leaders. Moses was such a man, James and John the sons of thunder were such incorrigibles, Peter was such a man, Simon-the-Zealot was such a man. Good men are made out of good-tempered steel.  God can drive the devil out of your soul. He can bring order out of your chaos. Moses became the meekest man on the earth says the Bible. What he has done for others he wants to do to you. You cannot be a good Christian and be a wimp.

I Don’t Have The Time To Be A Christian.

That whole argument is a sky-hook; it has no basis in fact.

There are numerous Christians who are highly successful in their occupations. And they are the better for it and not the worse. Christ does not muddle the brain of the scientist, thicken the tongue of the lawyer, weaken the will of the athlete, the patriotism of the soldier, nor the skills of the entrepreneur. Christianity helps you do what you do best, better

I am presently reading a book on John Jay of Huguenot descent. He attended the First and Second Continental Congresses.  He was the second youngest man there; and was the third most important man in the writing of the Constitution. He was a co-signer of the peace treaty that ended the war with Great Britain. He became Governor of New York state; He was a New York Supreme Court Justice and became America’s First Federal Supreme Court Justice. Jay throughout his life was an extremely devout Christian and as a result I believe a better public servant for it.

Pasteur in medicine, Faraday in electricity, Milton in poetry, Raphael in painting, Locke in philosophy, Handel in music, C.S. Lewis in Literature, Allan Sandage in astronomy, all men of faith and all movers and shakers

It is Buffoonery to say I have no time to be a Christian. You’ll have time to get sick; you’ll   have time to die. Your life will be as short as the dash on your tombstone between “Born” – “Died” This world is only the wharf from which you embark into eternity.

“Now is the accepted time!”

Procrastinating until late in life is like going down a mountainside in your car; if you wait too long to put on the brakes they will do you no Good. “Seek the Lord while he may be found call upon him while he is near.”  Don’t blow your last breath into the face of God. Don’t give him a dead corpse; give him the rest of your life, Now.

Angels are waiting with pen in hand to inscribe you name in the Lamb’s Book of Life.

No Excuses! Don’t miss the Banquet of the Great King!

Have A Blessed Day: