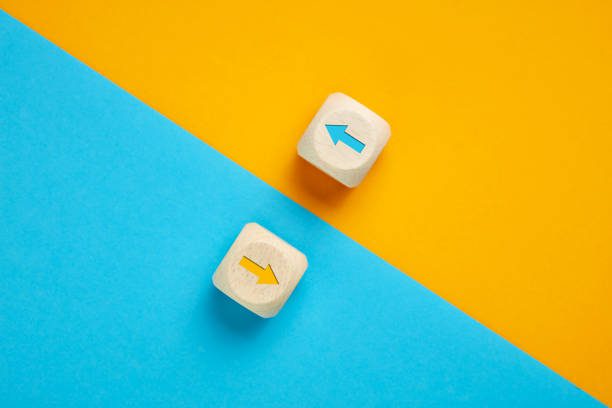 Reader Beware! This article is long, erudite, and not for the faint-hearted to read. If you are a Muslim and shaky in your faith, this article is not going to increase your faith in the Islamic system or the Quran itself. While no personal offense is intended, love for the truth demands that it be said.

Here are a few contradictions written in the Quran.

It is a contradiction to pray to Mohammed five times a day and say, “Peace be upon you O prophet,” when Mohammed is dead.

Compare Surah 2:230 with Deuteronomy 24:4 in the Holy Bible the same Bible that the Quran says is the true Word of God

The Hafs translation is the name of one of the latest canonized Qurans. (North Africa not so) Hafs was from Iraq and not Arabia and was only a student not an expert in languages. Hafs did not know Mohammed, nor hear him speak a word. He died in AD 796 well over 16o years after Mohammed.

The Quran in Surah 6:14 says that Mohammed was the first Muslim. And yet Surah 7:143 says that Moses was the first Muslim. Two racers came in first in the same race. How infallible is that?
The story is told of a Samaritan helping the Jews build the golden calf through the Samaritans did exist until some 700 years later (721 BC) (Surah 20: 85-88).
The Quran says that Christians and Jews are going to heaven (Surah 2:62) and in reverse to this Surah 3:85; and 9:30 say, not so.

The Quran says in Surah 17:01 “Glory be to Him, who journeyed His servant by night, from the Sacred Mosque to the Farthest Mosque, whose precincts We have blessed, to show him of Our wonders. He is the Listener, the Beholder.” The farthest mosque, the Al Aqsa Mosque was built in AD 705, Mohammed died in AD 632.

The Quran says in Surah 2:183 that fasting in voluntary, But Surah 2: 184 says that it is mandatory.

Abdullah ibn abi Sarh had influence in high places as he was the foster brother of Caliph Uthman. He was also one of Mohammed’s chief recording secretaries., who copied down much of the revelations of Mohammed as he recited them. According to some sources, he left Islam because he was able to influence Mohammed’s revelation with his own suggested words. And because of this he doubted Muhammad was receiving word for word revelation from Allah. For example, Mohammed would give a revelation and Sarh would make suggestion on how to improve it and make it clearer. Mohammed would agree and the changes would be made by secretary Sarh. This set Sarh’s teeth on edge and he broke away from Mohammed believing him to be a false prophet; for how you improve upon what God had told you word for word. As a result of Sarh abandoning Mohammed had a death a death warrant put out on his life. When Muhammad conquered Mecca he ordered the killing of six people and one of these was Abdullah Ibn Saad. He was caught but spared execution only because he was the foster brother of Caliph Uthman who pleaded before Mohammed that his life be spared. With a knife to his throat, he re-converted to Islam and was made governor of Egypt. So much for words such as infallible, preserved, sent down, exact, word for word, unchangeable, eternal…(Surah 6:93).

The Quran says in unequivocal terms that the Bible is the authoritative, preserved Word of God and has not been corrupted. (cf. 3:3-4; 5:43,47,68; 7:157; 10:94; 18: 27). But at the same time some apologists quote it to prove that it has been corrupted, their problem is that we have the same Bible in the 21st century that Islam had in the 7th century and with thousands of copies to boot, verifying its 96% claim to accuracy. Islamists who say the Bible is corrupt are tangled in a catch-22 web that is impossible to wiggle out of.

For Islamic apologists to condemn the Bible is to condemn their own Quran. For the Quran says that the Bible is inspired, authoritative and preserved (at least up to the seventh century when Mohammed lived.) Mohammed never laid his eyes upon a complete edition of the Quran. There is not one verse in the Quran that says the Bible is corrupted is and not the Word of God. To do so is to call Mohammed a false prophet. (cf. Surah 3:3-4; 4:136; 5:46-48,66-68; 6:115; 29:46)
The Bible is the most researched critiqued investigated book in history bar none. And after 100 years of sifting and digging through libraries and tells it came up shing like pure gold. Now that it is Islam’s turn to feel the unforgiving heat of higher criticism it is proving to be a mirage in the desert, the fake prophecies of a prophet in a cave deluded by visions of grandeur and glory
World famous archaeologist Nelson Glueck (d. 1971) said that not one obelisk, one monument, one artifact, mural or amulet properly understood contradicts the Old Testament Bible. The Quran does not pass the test of historical criticism.

The fact still stands that there are no original copies of the Quran as once claimed. The earliest extant copies are from the 8th to ninth centuries. By the tenth century, (AD 936) there were seven different manuscript readings of the Quran. And that number eventually grew to fourteen different readings. There are not hundreds, but thousands of errors found in these extant copies of the Quran. The first complete Quran with all 114 Surahs did not exist until three hundred years later. To this day the six earliest Quran manuscripts differ from the Quran that was finally canonized in 1924.

We are told that the Quran was sent down from heaven by Gabriel to Mohammed over a period of 22 years from 610 – AD 632 and it was first finalized in 652. It claims to be the greatest of all books and second to none in style, linguistics, and history. Although Mohammed could not read or write we are told that it was memorized and copied on bones and stones and leaves by his followers. Islamists claim that the Quran has never been changed and it is a one hundred percent perfectly copied text; letter for letter, dot for dot, word for word from a perfect Quran in heaven. It claims to have no errors, yet the over thirty different Qurans of today contradict this claim to perfect preservation (Surah 18:27). It makes no sense to say that the Bible and the Quran are both God’s word as they are as different from one another as darkness is from light (Surah 7:157).

To say that the Bible became corrupted by the Apostle Paul and later officials is as silly as saying that later Presidents and officials have corrupted the Constitution of the United States. How silly for Allah to reveal himself in a corrupt book, judge Islam by a corrupt book (Surah 5:68). Why use a corrupt Bible to prove the Quran. Why not just say the Quran is perfect and can stand on its own merit without any corroboration from the Bible. It would have been a lot simpler and more logical for God (Allah) to just keep the Bible from being corrupt in the first place. Why the Quran at all. Why a new revelation? If he could perfectly preserve the Quran from one error why not the Bible.

The manuscript evidence found in the Sinaiticus manuscript (330 AD), Vaticanus (350 AD), Alexandrian (400 AD), is just not there to say the Bible was so corrupted that the Quran had to take its place as the final revelation. The Old Testament had been in circulation a thousand years before Mohammed was even a twinkle in his mother’s eye. The New Testament manuscripts were in wide circulation six hundred years before Mohammed entered into his dark cave all alone with no eyewitnesses. How could thousands of thousands of Bible manuscripts all be contaminated at the same time. There is not the remotest proof or possibility of this ever happening. The nearer the stream to the fountain the purer the water. And the New Testament is six hundred years closer to the fountain than the Quran. The second century Dead Sea Scrolls (150 BC) as well as the published list of 731 Old Testament manuscripts show none of the corruptions claimed by Islam. The 24,000 plus manuscript copies or portions of the New Testament shout the same shout, The Bible has not been corrupted. Their ink speaks louder than the tens of thousands of changes that are indubitably found in the multiple of variant Qurans that are floating about on the turbulent sea of Islam at this very moment. It’s a mirage. The Imams are caught in a snowstorm looking for a snow man that is not there.

Another fatal thrust, a coup- de-gras through the heart of the Quran is that 70% of its writings and beautiful poetry can be found in second century Jewish and Christian literature hundreds of years prior to the time the Quran which we are told was completed in AD 652.

For example, the story of Abraham going to the Kaaba in Mecca and being thrown into a fiery pit, (which is not in the Bible), can be traced back to the second century Jewish Mishna. The different story of Cain and Abel not told in the Bible but told in the Quran can be traced back to a story in the second century Jewish Talmud. The story of Jesus making birds out of clay and breathing on then causing them to spring into life and to fly away (which is not in the Bible) can be found in the second century Gnostic Gospel of Thomas, hundreds of years before it was copied into the Quran (Sura 3:4; 5:110). The story of Mohammed flying on a horse from Mecca to Jerusalem sounds like an embellishment borrowed right out of Zoroastrianism and the book of Arda Viraf. It contains the story of a priest named Arda Viraf who had a vision of heaven and hell. Even some of the prayers in Islam are like prayers found in Zoroastrianism. Unlike Jesus’s ascension into heaven there were no eyewitnesses of Mohammed’s flight to Jerusalem.

The first extant Quran can be traced back to AD 765 and it is not a perfectly complete Quran. Twenty-six of the earliest extant Qurans contain thousands of errors. The Islamist claim that the Bible has been changed repeatedly is not true. The Dead Sea scrolls and the thousands of New Testament manuscripts prove otherwise. The Bible has been translated and updated many times but not changed in any major way. There are only forty verses in the New Testament that are in question; we know where they are and publish a footnote saying they are not found in the earliest manuscripts. Such source criticism is healthy for any book that makes the claims that the Bible makes.

The Bible alone is God’s breathed book. You can trust every promise. Its greatest promise is that to any who repent of their sins and ask Jesus to wash their sins away through his shed blood on the cross and invite him into their heart they shall receive everlasting life and reign with him forever. He’s lives and is only a prayer away.