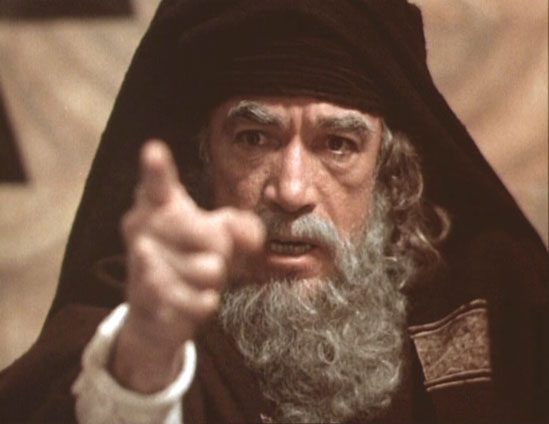 Providence Is an Invisible Hand

“He did not say this on his own, but as high priest that year he prophesied that Jesus would die for the Jewish nation.”  (John 11: 51, NIV)

Even after seeing the miracle of Lazarus restored to life, the high priest Caiaphas refused to believe Jesus was the Messiah and was more firmly resolved than ever to have Him put to death. He used the excuse that Jesus might cause the Romans to destroy the Jews religious system. Little did he realize that it would be his own scheming and unbelief that would cause that which he feared the most to fall on his own head and his own nation.   So he said, “It is expedient for us, that one man should die for the people, and that the whole nation perish not” (John 11:50).

But like Balaam of old, forced to prophesy what he did not intend (Numbers 24:10-13), Caiaphas was made to predict the true significance of Christ’s coming death. Instead of His death being “expedient for us”–that is, for Caiaphas and his system–it was indeed “expedient that one man should die for the people” (John 18:14).

This is a remarkable divine irony. Caiaphas, the chief religious representative of God to the people of Israel, should have known the Old Testament prophecies and gladly welcomed Jesus as the promised Messiah. Instead, he raised up his heels against Christ, organized His trial and politically forced Pilate to raise up his hand to condemn an innocent man. Yet, here we see how God can cause even the wicked to fall into their own trap and unwittingly bring praise to him.

Cunning Caiaphas the priest was divinely inspired (without knowing it or intending to do so) to point out the real mission of Christ to the Jews and the whole world–that of substitutionary sacrifice for their sins. It is also interesting that in 1992 the bones of this same Caiaphas were discovered in a tomb underneath the modern city.

So far as we know, Caiaphas died still rejecting Christ. Nevertheless, following Christ’s substitutionary death, the evidence for His glorious resurrection (eternal, not temporary like that of Lazarus) became so clear and compelling that “a great company of the priests were obedient to the faith” (Acts 6:7). Caiaphas did, indeed, manage to get Jesus crucified, but the result was salvation for multitudes.