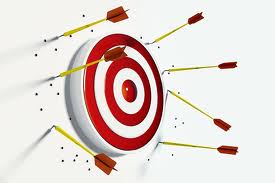 I recall on more than one occasion saying to some of my fellow sport enthusiasts that Bob Costas is one of my favorite sports commentators. His comments were always well-balanced, well-honed and insightful. However, since the NFL game between the Philadelphia Eagles and Dallas Cowboys on December 2 I have changed my thinking. His comments took me back to Walter Cronkite era, who I was shocked to learn after so many years, that he was a dyed in the wool liberal. Costas’s shoot from the hip comments over the NBC airwaves regarding the tragic; murder suicide of Kansas City Chiefs linebacker Jovan Belcher was a revelation of his inward liberal bias, and his total disrespect for the Second Amendment.

It was unconscionable for Costas to use the murder suicide of Belcher and Kasandra Perkins as rocket launcher to blast off his verbal assault against the constitutional right to bear arms. Like a loose cannon he sparked off a salvo of hotheaded statements; that gun-control would end domestic disputes; that convenient store robberies would stop being robbed; and that teenage murders would almost go away.  But facts are stubborn things that keep getting into the face of fiction. People have been murdering one another since Cain killed Abel and he didn’t do it with a.357 magnum or a Winchester rifle. The uncomfortable truth is that someone who is intent on killing someone else does not need a firearm to do so. People are killed every day with knives and blunt instruments; some even using their bare hands which 240 pound linebacker Jovan Belcher was very capable of doing. Research tells us that guns are used over 4000 times a day every day in self-defense and  that firearms are used 50 times more in the protection of life than they are in the taking of a life.  If Ms. Perkins had been holding a gun in self-defense she might be alive today and Mr. Belcher dead. But of course the liberal media bias does not consider self-defense as newsworthy.

The knowledgeable Mr. Costas knows very well, and it’s very well documented , that chronic concussions causes many professional players to suffer severe depression. Jovan Belcher was baffling football related head injuries as well as alcohol, as well as painkillers, and as well as domestic problems; a Molotov cocktail  to be sure. This is more likely what pushed him over the edge and caused him to snap and kill his girlfriend as well as himself. It seems evident that the reason Mr. Costas did not mention any of the above is because he is anti-gun and saw the opportunity to vent out his paranoid spleen and go on a tirade against the possession of a gun.

The next time I hear Bob Costas making any comments about anything I shall proceed to listen to his remarks with more caution. Be sure your words will find you out!

Something to Think About!