A House of Horrors 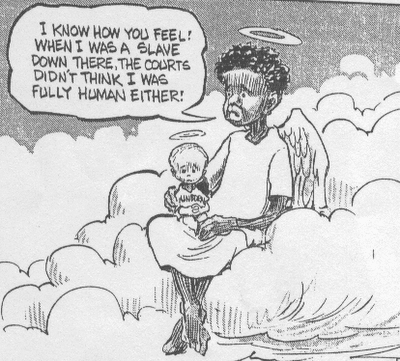 Abortionist Dr. Kermit Gosnell, 72, an unlicensed physician and proprietor of a West Philadelphia abortion   has been found guilty of involuntary manslaughter in the death of patient Karnamaya Mongar who died at his late-term abortion clinic, and three counts of first-degree murder in the deaths of four babies allegedly born alive inside the Women’s Medical Society abortion clinic in West Philadelphia, Pa., that he operated for 40 years
When public health officials raided his clinic on Feb. 18, 2010, they discovered unsanitary and unsterile conditions, a complete lack of functioning life-saving equipment, fetal remains haphazardly stored throughout the premises and semi-conscious women moaning, lying on dirty recliners covered with blood-stained blankets. Patients would be given labor-inducing drugs before Gosnell even arrived, and an employee would lead them to give birth into the toilet if they delivered before the doctor came. Untrained employees, including a high school student, regularly dispensed anesthesia.

One woman had to undergo a hysterectomy after Gosnell botched a procedure. Another, a 41-year old Nepali refugee named Karnamaya Mongar, stopped breathing after repeatedly receiving unmonitored injections of Demerol, a powerful sedative. Gosnell could not revive her, because all of the necessary equipment was broken and the clinic had no emergency medications on hand. When the paramedics were finally called, the staff staged the body to make it appear like a routine, safe abortion was taking place.

In the fifth week of Kermit Gosnell’s murder trial, jurors learned about severed hands and feet Gosnell kept in jars of formaldehyde, clogged toilets filled with aborted babies’ arms and legs, and a federally-funded children’s vaccination program Gosnell scammed to obtain vaccines for his grandchild
Dr. Sam Gulino, Philadelphia’s chief medical examiner, gave his testimony about the 47 dead babies recovered from Gosnell’s office that were delivered to him for examination, including the aborted remains of Karnamaya Mongar’s baby. Gulino told the court the remains he received included five jars containing babies’ feet. Two of the jars were from the same baby, estimated to be between 14 and 19 weeks gestation, and contained a right and a left foot. He also estimated that at least three babies had the “possibility of viability, which Pennsylvania law requires an examiner must report,” according to NBC-10. And two of the babies he examined were older than 24 weeks gestation, and 26 were aborted during the second trimester.

“The fetuses were fragmented in several places” Gulino said, testifying that he inspected the babies’ lungs, eyelids, and other body parts to calculate their gestational ages. Gulino also testified that there was no medical reason for Gosnell to keep the babies’ feet and hands in jars of formaldehyde.

“The prosecution believes that the feet and hands were taken as trophies by Gosnell, just as serial killers often engage in the practice of taking mementos from victims they kill,” wrote Sullenger.

James Johnson, the common law husband of Elizabeth Hampton, the foster sister of Gosnell’s wife, Pearl, was among the three witnesses who testified in the Gosnell trial on Tuesday.

Sullenger told The Christian Post that Johnson and Hampton live in a house that’s owned by Gosnell. Johnson worked for the abortionist as his handyman for basic repairs, such as fixing the corroded obstetrics table that was falling apart.

Johnson testified about the rat infested clinic and the basement that was filled with bags of babies’ remains. He also described in detail the gory scene he witnessed on a weekly basis when the clinic’s toilets would back up.

“When Johnson opened the clean out drain on the outside of the building, tiny arms and other body parts gushed out. … Gosnell told him to clean it up. Johnson took a shovel and scooped up the human remains with a shovel into a plastic bag and put it in the freezer,” Sullenger wrote about Johnson’s testimony.

It’s unfortunate, but America now has the most pro-abortion president in the nation’s history. He has pledged to protect abortion rights and has wasted no time in advancing its cause. On Friday, January 23, Barack Obama rescinded the Mexico City Policy — and with that action forced American taxpayers to fund the innocent slaughter of children all over the world.

But that’s not all; in his campaign he promised to do more. He wants to pursue and sign into law the Freedom of Choice Act — legislation that would essentially remove all state-level restrictions on abortion. And he wants to lift the ban on state-supported embryonic stem-cell research.

Interestingly, when presidential candidate Obama gave his famous “Call to Renewal” speech, he said: “Democracy demands that the religiously motivated translate their concerns into universal, rather than religion-specific, values. It requires that their proposals be subject to argument, and amenable to reason. I may be opposed to abortion for religious reasons, but if I seek to pass a law banning the practice, I cannot simply point to the teachings of my church or evoke God’s will. I have to explain why abortion violates some principle that is accessible to people of all faiths, including those with no faith at all.” Incidentally, this same principle is reiterated under “Faith” on the White House website.

Although all morality is essentially based in religion and certainly not devoid of reason, suppose God or religion were left out of the picture. Suppose a completely secular approach to abortion was made only “amenable to reason” — an approach that seeks to show that abortion “violates some principle that is accessible to people of all faiths, including those with no faith at all,” just as the president insists. Would the argument against abortion be sufficiently strong?

The Answer To That Question Is An Unequivocal, “Yes!”

Science Says:
The Fact is that medical textbooks and scientific reference works consistently agree that human life begins at conception. Some of the world’s most prominent scientists and physicians’ testimonies to Congress have asserted this scientific fact.

Without question there is considerably more scientific evidence for life beginning at conception than there is for global warming. Yet the president earnestly supports protection of the environment and dismisses the need for protecting the unborn. Is that reasonable?

If there is uncertainty about when human life begins, should not  the benefit of the doubt should go to preserving life. If a hunter is uncertain whether movement in the brush is caused by a person, does this uncertainty lead him to fire or not to fire? If you’re driving at night and you think the dark figure ahead on the road may be a child, but it may just be the shadow of a tree, do you drive into it or do you put on the brakes? If we find someone who may be dead or alive, but we’re not sure, what is the best policy — to assume he is alive and try to save him, or to assume he is dead and walk away?

What faith group or atheists would honestly say go ahead and fire at the unknown object behind the bush, go ahead and drive into the dark and unknown figure on the road, or even walk away from the person that has questionably fallen dead or alive — even if it’s their enemy.
Whether a person of faith or not, the right to life is not something theoretical or hypothetical — it’s personal and fundamental to all…and an unjustifiable or careless breach of that right is universally agreed to be a crime.

Discrimination is another matter considered deplorable by today’s standards. Yet the argument that a woman should have the right to an abortion because the fetus resides within her body is an act of discrimination.To be inside something is not the same as being part of it. Furthermore, human beings shouldn’t be discriminated against on the basis of their residence.

This is not a principle based solely on religion. Whether one is a Christian an atheist or an agnostic the act is egregious, Auschwitzian.
Personal Choice Does Not Trump The Right-to-Life

What’s more, where is it generally agreed upon by people of every background that an individual’s right to choose trumps the protection of innocent life?

Yet this is the very unreasonable thinking of most pro-abortionists. It has no kickstand to rest upon.

The above three reasons alone are evidence enough to prohibit 99% of all abortions.

Abortionist Dr. Kermit himself should face the death penalty that he so readily executed on those exceedingly more helpless and innocent than himself.

“Though the mills of God grind slowly, they grind exceedingly fine.

So Uncompromising Must Be the Cry for Justice!