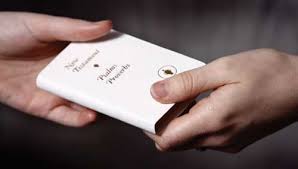 “ For God, who said, “Let light shine out of darkness, “made his light shine in our hearts to give us the light of the knowledge of God’s glory displayed in the face of Christ.” (2 Cor. 4:6)

Most Americans remember how on December 7, 1941, the Japanese air force delivered bombs and torpedoes upon our forces at Pearl Harbor.

Not nearly as well known is another delivery, which was also made to our island base.

This gift, a gift of 50,000 New Testaments, was distributed by the Gideons among the ships of the Pacific Fleet a few months before the Japanese attack. After the bombing, many of those Bibles, now well-worn and well-read, were discovered. On the last page of those Scriptures was a place for the owner to sign his name, thereby showing the Holy Spirit had led him to faith in the Savior.

Many of those New Testaments had those places filled with the signature of the deceased owner.

After the attack, a Honolulu nurse, a nurse who had a son in the Navy, volunteered to assist any way she could. She was given the unpleasant task of helping identify the dead. One by one, she uncovered the boys to get their service identification tags. When that was done, the military was able to notify the sailor’s next of kin.

With a heavy heart, she looked at one face after another. She did her job well, until she found herself looking into the face of her own son. The nurse fainted and was taken to a place where she could recover.

Later, her boy’s personal belongings were delivered to her. Among his possessions was a small, white, Gideon-sponsored New Testament. It was water-soaked and quite unreadable. Nevertheless, she could still see her son’s signature on the last page of his New Testament.

The mother was surprised. She had never gone to church, nor had she ever studied Scripture. Even so, somewhere, somehow, sometime, her son had started to read and been brought to that point where he could say that Jesus was his Savior. Moved, the mother asked the chaplain if he could get her a New Testament just like the one her son had owned. He could and did. For the first time in her life, the mother read, like you can read, of God’s great love and grace. She learned, as you can learn, that she was a sinner. She also found out, as you find that God loved her so much He gave His only Son to die on the cross, to rise on the third day, so that she would not perish but have everlasting life.

Then, on the back page, the woman saw the empty line, the place where she could sign her name. No, she didn’t sign her Bible. She signed her son’s Bible: her name under his. She had been led to believe, as I pray you believe that “God so loved the world that He gave His One and only Son, that whoever believes on Him shall not perish, but have everlasting life.”

He’s Only a Prayer Away