Will Islam Ever Acknowledges Its Errors 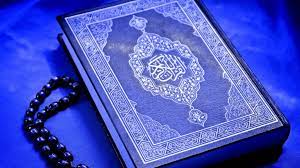 These are the starting points. This is ground zero. This is where Islam drives its stake in the ground and makes  infallible claims. The Quran claims that  Islam is  the final revelation, the final religion for all people in all places; that it abrogates all previous sacred books; that it has not changed in one letter since the time it was sent down from heaven from  Gabriel’s lips to Mohammed’s ears; that it contains miraculous scientific insights, that it  is a literary masterpiece.( Many incomplete sentences say ~ not so) The Quran Says that  Mohammed is  the latest and the greatest man, prophet, and example that ever lived. So, let us look at these few trinkets,    a few factoids  among many others that Islam has to  defend and to date cannot. Let us count the ways.