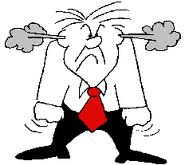 So tolerance that your brains are spilling out: that’s where the word tolerance has taken us today. It’s not so surprising that the leaders of Britain, Germany and France have reminded us that tolerance in the name of multiculturalism has failed. It has failed like Chamberlin’s “Peace in our Times,” like the Schlieffen’s Plan for Germany and like the Maginot line of France.

But there is a loophole; there is little tolerance for the name of Jesus in our tolerant relevant society. The fact is that never once does the Bible tell Christians to be tolerant; to be loving and just yes, but not tolerant. Why Not? Because all religions cannot be right! If you are lost in the big city and your address is in the north and some one tells you to go north but someone else tells you that your address is in the south of the city and some else tells you that its in the west and someone else tells you its in the eastern part of the city, only one person is right. If you’re going the wrong way, tolerance doesn’t get you there.

In the past tolerance meant respectfully acknowledging our differences. It didn’t mean everybody was right and nobody was wrong, and everybody had to agree.  But in the last number of years we have heard so much about what Thomas Jefferson said about  “the wall of separation between  Church and State “ that secularists have tried to use it to drive the Name of Jesus out of the public square. The truth of the matter is that the third president was making the point that government had no jurisdiction over religion. That Supreme Court justice who brought so much injustice to America Hugo Black revised its meaning to support his own ideology. The mockery is that it was Jefferson more than any other singular person who provided the words in the first amendment guaranteeing the freedom of religion in all aspects of American life. It’s purpose was to keep the government out of religion not religion out of government, it meant freedom of religion not freedom from religion.

The painful irony is that it is our Christian roots in America that created religious tolerance. Regardless of what secularists, progressives or atheists say, it was Christianity that gave us religious freedom in America. This republic did not sprout out from Islam or Hinduism or Buddhism; not from the Koran or the Vedas or the Pali Canon or Plato’s philosophy but from the Bible, the sacred scriptures of Christianity.

As if Hollywood was a bastion of morality; yet the entertainment industry depicts ministers of the gospel as charlatans, sex perverts, drunkards, money grubbers, weaklings; yet within the 350,000 churches in America the vast majority are true to their calling, they have never been involved in a scandal or sordid relationships They serve their flocks faithfully and many on very low incomes. But when was the last time you heard a story of their faithfulness.

Tolerance does not mean to give every idea an equally standing. Jesus did not. But it does mean that every person is created in the image of God and that Christ died equally for us all. This was the greatest act of tolerance of all time It left out no nation tongue or tribe, It was all-inclusive. “Whosoever will may come!”

As American citizens, Christians have the same constitutional rights as everyone else. I am offended at the intolerance of others when as a Christian I take my stand for Christ. However, it does not totally surprise me as Jesus did warn us in John 15:18-21,

The name of Jesus is a lightening rod; it divides between good and evil , God and Satan, light and darkness, righteousness and sin, heaven and hell. The Apostle Peter speaking on his behalf said, “For there is no other name under heaven given among men by which we must be saved” (Acts 4:12)

Jesus is gentle but he is not weak. He was tolerant with people but absolutely intolerant about sin and other religions that lead people into everlasting darkness. He is not a negotiator. He is intolerant about there being many ways to heaven.  He is Lord!   He is a jealous God who said, “You shall have no other gods before Me.”There are no two ways about it.  And it is this intolerant attitude that makes many intolerant towards Christians. Regardless, the truth is not politically correct or culturally correct. It is what it is and it ain’t what it ain’t. It is as intolerant as the Hoover Dam, as intolerant as 2+2 always equals = 4

When it comes to personal relationships tolerance is a virtue; but when it comes to truth tolerance is a travesty. Tolerance of everything is the last virtue of a dying society. If everybody is right what is there to tolerate. The danger of people who boast about their tolerance is that they think more about tolerances than they do about the truth. Jesus was not like that. He said, “I am the Way, the Truth and the Life, no man comes to the Father but by Me.”

Jesus Is Only a Prayer Away!