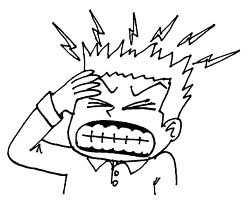 James cautions us to be careful of how we speak and what we say. We must learn, says James, to control our communication with others. It’s one of the criteria by which we will be judged. “So speak, and so act, as those who are to be judged by the law of liberty” – (Verse 12).

Christ is not only our Savior, but he is also our Lawgiver and Judge. It is true that there is “no condemnation for those who are in Christ Jesus“ (Rom 8:1). However, that does not give us the liberty to do and say whatever we please. We must “so speak and so act” as our Master commands and left us an example.

In his letter, James alludes to many kinds of wrong speaking. Notice what he says in Verse 1 of Chapter 1

Angry words, James 1:19-20,”Let every one be quick to hear, slow to speak, and slow to anger; for the anger of man does not achieve the righteousness of God.” When our anger is like God’s anger, when it is a righteous anger, then it will achieve the righteousness of God. Angry words, however, are often unjustified, ill considered, and therefore do a lot of harm. This verse does not say, “Do not be angry”. It says, rather, “Be slow to anger“. Consider your reasons, your motives, and your words, before you express your wrath.

Idle words, James 1:26,  “If anyone thinks himself to be religious, and yet does not bridle his tongue this man’s religion is worthless.” It is not just in moments of anger that we must control the tongue, but at all times. A joke, a piece of news, whatever — if it cannot be uttered to good purpose, it should not be uttered at all (cf Ephesians 4:29 and James 1:21).

Insincere Words,James 2:15-16,  “If a brother or sister is without clothing and in need of daily food, and one of you says to them, ‘Go in peace, be warmed, and be filled’ —and yet you do not give them what is necessary for their body, what use is that?”

Talk, they say, is cheap. We, however, should always say what we mean, and mean what we say.

Bitter words,  James 3:9-10,  “Out of the same mouth come both blessing and cursing. My brethren, these things ought not to be so. Does a fountain give fresh and bitter water from the same opening?”.

To express regret, disappointment, disapproval, and such like, is not to be “bitter”. Can you clarify what is? It has to do with grudges, blaming, not letting go and leaving vengeance to God. It has to do with focusing on past evil instead of good whether in past, present, or future.

Quarrelling words, James 4:1-2, “What is the source of quarrels and conflicts among you? You are envious so you fight and quarrel”.                                              We will have disagreements from time to time, and these may become quite serious. However, we should not have fights and quarrels. The difference is simple… A disagreement is (or should be) an attempt to reach agreement and to be united on what is right. A quarrel on the other hand is a fight that hurts and destroys. Those involved in a quarrel view each other as the enemy.

Boasting words, James 4:16, ”All such boasting is evil.”                                      Nobody likes an arrogant person; however, God often sees as arrogance what we accept as normal. All the people are saying, whom James calls boastful, is that they are going to some city to make money! Their “boast” is not from pride as we commonly perceive it. We ourselves are very likely to say similar things, not realizing that we are boasting by leaving the will of God out of the picture, forgetting that it is not within man to direct his own steps.

Swearing words, James 5:12, “Above all, my brethren, do not swear…”               Swearing and blasphemy commonly express ordinary reactions such as He_  _,  Da _  _, “Oh my God!” People use oaths for the most mundane assertions and talk like their mouth needs to be quarantined.  We need to keep our speech free from such vulgarities.

As the Psalmist prayed so should we, “May the words of my mouth and the meditation of my heart be pleasing in your sight, O LORD, my Rock and my Redeemer”

That’s Something To Think About,