Three Basic Questions About The Quran 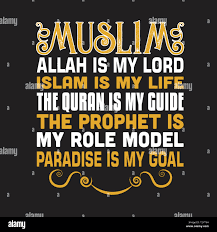 In my last article I asked the question, Is It Intolerant  To Question  Islam?  In this follow up article I have  asked three basic questions every brave hearted Islamicist  and every God seeking inquirer of Islam   must search out for themselves. To avoid them is to be dishonest with yourself and to be faint hearted at best.

1.) Why does the Quran  say  that Jesus was Not Crucified on a Cross when all the earliest manuscripts  says otherwise. For Example, the four Gospels; as well as  historians Thallus, and Josephus;  the Talmud, Polycarp who knew the apostle John,  and Clement of Rome who knew Paul, Irenaeus who knew Polycarp; and Ignatius who died in 108 AD,  plus 29,000 earlier manuscripts  that all mention Jesus’s death as an historical  fact.

Yet Surah 4:157 says, “And for their saying, “We have killed the Messiah, Jesus, son of Mary, the Messenger of Allah.” In fact, they did not kill him, nor did they crucify him, but it appeared to them as if they did. Those who differ about him are in doubt about it. They have no knowledge of it, except the following of assumptions. They certainly did not kill him.”

2.) Why does the Quran say the Bible Is The Revealed Word Of God and yet many Imams  say that it became  corrupted. Notice the distinction here, what the Quran says and the Imams say are two opposite poles. The burden of proof is to show Christian scholars the manuscripts where these changes have taken place. There ought to be hundreds of them;  yet not one has been found. The last resort is to turn to the Apocrypha which is as sparse as a  beggars lunch  and written 100-200 years later than the New Testament.

When, and  where is the evidence  the Bible has been corrupted  when thousands of manuscripts hundreds of years earlier such as the Dead Sea Scrolls (150 BC) and the Sinaiticus (300 AD)  and the Vaticanus (350 AD) and the  Alexandria (400 AD)  and 39,000 quotations from the Early Church Fathers and  other earlier Manuscripts all  say,  “Not so!”  The Quran libraries  are  bankrupt of all such manuscript evidences.

History is not on their side for this claim. In Surah 5:33 the Quran makes it clear to all of its followers, “The only reward of those who make war upon Allah and His messenger and strive after corruption in the land will be that they will be killed or crucified or have their hands and feet on alternate sides cut off or will be expelled out of the land. Such will be their degradation in the world, and in the Hereafter, theirs will be an awful doom.”  The Quran again  in Surah 9:29  orders  all   Muslim-adherents  to fight against all non-adherents.  “Fight against such of those who have been given the Scripture as believe not in Allah nor the Last Day and forbid not that which Allah hath forbidden by His messenger, and follow not the Religion of Truth, until they pay the tribute readily, being brought low.” It is difficult to count the millions who have been killed under this blood red  banner, that still flies high on the flag poles in many poverty stricken Islamic countries to this very day.

In rebuttal to the two above  verses Imams like to quote Surah 5:32,”  For that cause We decreed for the Children of Israel that whosoever kills a human being for other than manslaughter or corruption in the earth, it shall be as if he had killed all mankind, and whoso saves the life of one, it shall be as if he had saved the life of all mankind. Our messengers came unto them of old with clear proofs (of Allah’s Sovereignty), but afterwards lo! many of them became prodigals in the earth.”

But every honest Imam knows that this verse is taken from the  Jewish Talmud and is what Judaism teaches and not what Islam teaches. To quote this verse out of context is another shameful, indelible mark  illustrating   the dishonesty within Islam’s not so unquestionable sacred   pages.