The Superiority of Christianity Over Islam 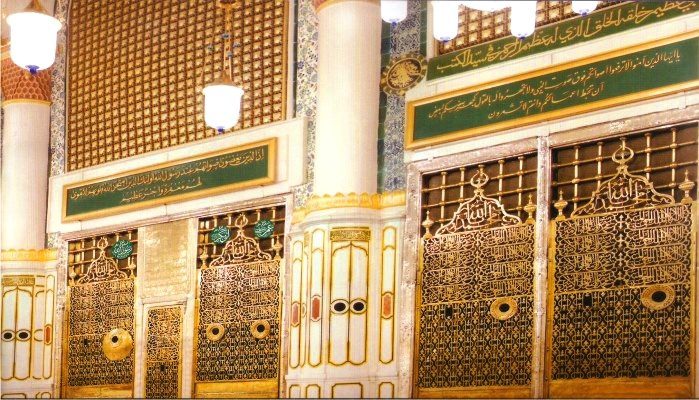 As surely as the light of the rising sun slowly outshines the light of the stars so the light of Christianity is slowly rising and outshining the star of Islam. The light of scientific investigation is pouring through the cracks from all sides. As no one can stop the rising sun so no one can stop the light of archaeology, science and manuscript evidence from pushing through the darkness that has cloaked Islam from its birth. Millions of honest seeking Muslims who have the courage to hold their faith up to the light of truth are seeing the vast array of holes and inconsistencies within it. They are questioning its claim to fame. Islam founded upon the claim that it is the one true religion superior to all others must face the stubborn, uncomfortable, irrefutable facts that are hanging over it like a Damocles sword held by a very thin thread.

Some historians refer to Islam as the world’s second great religion. If they are referring to numbers, Yes! But if they are referring to truth, No! Greatness carries with it hope built on irrefutable facts. Islam cannot do this. The story of Christianity is one of hope built on facts researched from cover to cover. The beauty of Christianity is that it is the story of a holy God reaching down to sinful man, reaching down to him at his lowest sewer level. Islam is man reaching up to a God who is so high, so unreachable that like the unreachable star he has no hope of every living in heaven with him. In Islam’s mindset it is despicable that God would come down to mans’ level. The stories of the 1ncarnation and Bethlehem and the Cross are not even in their orbit. Yet, they are the core, the hope, the comfort of Christianity. As the east cannot meet the west so these two religions can never meet. They are as diametrically irreconcilable as light is to darkness.

The Quran is the book of one author named Mohammed whose ministry lasted twenty-twenty- two years. Because he could neither read nor write he recited from memory the exact words of Gabriel to copyists who in return perfectly copied them on scraps of leaves and bricks. Many memorized them. To make a long story short, over a period of one-hundred-and-fifty years, these words became the Quran on earth as perfect and eternal, and infallible and unchangeable as the Quran that Allah perfectly preserves on tablets in heaven.
Here is another hill upon which Islam stands on shaky legs. We know of no witnesses, no contemporaries who were with Mohammed in that dark cave as the angel spoke to him. It is reassuring in a court of law when two or three witnesses say, “I was there… I heard, … I substantiate…” This is the standard of the scriptures (Deuteronomy 19:15). How much time elapsed between his receiving the very words of the Quran and when his scribes wrote them down is difficult to say. But of the 77,430 words in the Quran (many disagree as to this number) and to quote every word back exactly, perfectly is a tall order. Especially when we know that the human mind likes to embellish the positive and negate the negative. As we look into the life of Mohammed, we know he was not above telling lies.

The chronological outline of the Bible is as seamless as the robe of Christ. Like a graduated pearl necklace the verses beautifully blend. This is not so in the Quran Its verses are jumbled and discombobulated The style is often stiff and does not flow. For the average reader is not a pleasant read.
If you have never read the Quran, a pilot test would be to read Surah 14:24-44. This passage is typical and not an exception to the rule. It is like plowing through dry ground. It is difficult to package the paragraphs into neat blending thoughts. Many of the chapters have little to do with their overarching titles. For example, the title over Surah (chapter) fourteen is “Abraham.” How bizarre, Abraham is mentioned only once in the entire chapter that bears his name (14:35). How strange that the chapter about Islams most beloved, most important patriarch mentions him but once. And stranger still is that it says he lived in a place called Mecca. But the darkness thickens even more as archaeology shows no trace of an ancient Mecca or of Abraham ever living there (Surah 14:35; 22:27). In Islam most of the stories about Abraham come hundreds of years later from sources outside of the Quran.

The central theme of the Quran is mans’ submission to Allah by will or by force. The central theme of the Bible is man’s reconciliation back to God through voluntary faith in Jesus Christ This is the Gospel message. It has a long, strong 3500-year old history, written by forty different authors. Many living hundreds of years apart who did not know one another. Yet, it is a tapestry of beauty and unity unlike any other book in the world. Like a Claude Monet painting the Quran hazily portrays its prominent figures. And it certainly is not beautifully written like the penmanship of an Isaiah or King David or an Apostle Paul.
The World’s Greatest Religion
Square pegs do not nicely fit into round holes and so much of what we now know about Islam does not square up with the facts of history. The angel Gabriel whispered the exact words of the Quran into Mohammed’s ear in exact Arabic, who in return recited them in exact Arabic into the ears of the copyists. Yet, there is not one surviving seventh century copy of the so called perfectly preserved Arabic Quran that we can hold and read in our hands today. . There are at least thirty extant Qurans today claiming to be the one true emperor. Sadly, the thirty disagree with each other in ten-thousand ways. (This is not a hyperbole). Only one is so or none is so. There was no persecution of Islam after Mohammed died. Islam was protected by the Sultans. They had lots of money and personnel and parchments to write upon. They had the authority to protect them in gilded cases of gold. Is there a library on earth where we can we find one copy of this infallible, perfectly preserved Quran?

By contrast, in the most perilous of times, copyists spread the New Testament throughout the Roman Empire. For almost three hundred it was dangerous to be a Christian. To own a Bible was often illegal and might cost you your life. Yet it survived as did thousands of their copies written in Aramaic, Greek, and Latin. We have a Bible today that is 100% trustworthy. Jesus said, “Heaven and earth will pass away, but My words will by no means pass away” (Matthew 34:35).