The One Vote That Changed The World. 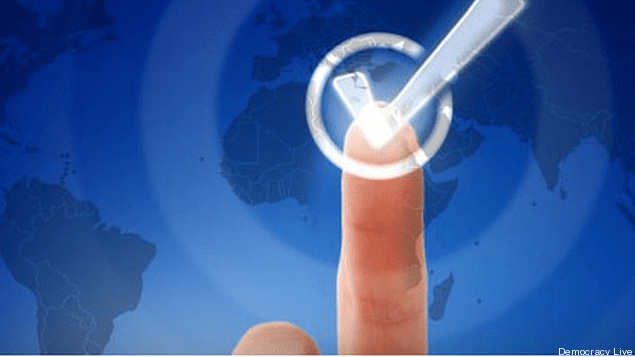 The One Vote That Changed  The World.

Election day in the United States is just around the corner, and the rallying cry is “Get out there and vote!” It is the duty of every good citizen to get the facts, vote their conscience, and cast her ballot. This is the privilege of living in a free country; this is one of the few ways in which to make your voice heard and to make it count for the next four years.

Anticipation fills the air, but a lot of uncertainty hangs in the atmosphere as well. The experts have been proven wrong time and time again. Perhaps the greatest illustration of this is the 1948 presidential election in which Harry S. Truman versus Thomas Dewey. It was a shoo-in according to the pundits. I’m sure many of you know it well. The underdog fooled them all.

Dewey had a strong edge in the polls. Victory was all but certain. Truman was riding out a lost cause. But the experts in the Chicago Tribune think-tank were counting their chickens before they hatched. So confident were they that they printed in bold headlines prior to the fact;” Dewey Defeats Truman. The poll experts are still wiping the egg off your face on that one. The smiling victorious president Harry Truman had a picture taken of him holding the Chicago Tribune newspaper headline up for the world to see,” Dewey Defeats Truman.” All 150,000 copies of the 150 year old newspaper had it wrong. That’s the nature of presidential elections – plenty of uncertainty

This 2012 presidential election is said by many to be one of the most important in the history of this young nation. I believe that to be so. But nevertheless, I want to let you know about a much bigger vote. It was a vote that changed the world, for you, for me, for all mankind. It brought hope to the world in the middle of its despair. It was the ballot cast by God himself. He voted to send his son to this earth to live and die on a cross for the sins and failures and weaknesses of mankind.

The Bible puts it this way “For God so loved the world, that he gave his only Son, that whoever believes in him should not perish but have eternal life” (John 3:16). That was God voting on your behalf and mine. [See Revelation 7:9 – 17]

What a picture, what a promise. That is a promise that you can hang the destiny of your soul upon because  God gets it right every time. He’s never taken by surprise. He knows the end from the beginning.

Back to the “Dewey Beats Truman” headline: Way back there in 1948, Pat Maloney was the Managing Editor of the Chicago Tribune. He was the man who could see the perfect storm before it broke loose. To add insult to injury the Tribune’s correspondent in Washington, Arthur Henning was also known to be an accurate political prognosticator. He had predicted four of the five previous presidential elections with remarkable accuracy. He assured Maloney that Dewey was a shoo-in. Even “Life” magazine had just printed a photograph of Thomas Dewey with the caption: “The Next President of the United States.” Maloney thought his headline would be a sure ringer. The rest is the continuous story of  man’s fallibility to man.

When God speaks, he knows what things are not and what things  appear to be. He knows not only the future of this election, but he knows your future well. The question that comes roaring back is; “In whom do you put your trust, your future, your hope; in politicians, in prognosticators, in secular gurus. Their track records dashes any sense of optimism about predicting the future. Give me no guess for my dying pillow. How many times, even when the political wizards got it right, did their choice prove to be the wrong person for the job?

I have read at least half-dozen commentaries on the “Constitution.” It is plain to see that when the founding fathers of the United States placed at its forefront the words,” We the people,” they presumed it to mean,” We the ( moral, religious) people.“ There presumption was that if we want to know the power of living life to its fullness then we must know God the Savior, the Sustainer, Life Giver. We certainly need a president who knows how to balance budgets, create jobs, keep the temporal peace, but we also need someone who conquered sin and death and grief and pain and corruption and is able to grant unto us eternal life. As Jesus said,” What shall it profit a person if they gain the whole world and lose their own soul …” We need someone we can totally trust not only in time, but throughout eternity.

God is in control even when the world is in chaos. He reigns he prevails. All presidents and prime ministers and kings and rulers are in his hands. There’s no need to lose hope. There is no need to be afraid. The experts try but they often get it wrong but God always gets it right. The Chicago Tribune had to change its headline. They got it right only after the fact. God has the right for you before, during, and after this life.

Yes, elections are extremely important, especially this one. Get out and vote! But the most important vote you will ever cast; the one that will ultimately matter, is the one that makes Jesus Christ the Lord and master of your life. It effects not only your time down here, but it effects where you will spend eternity. I trust you will put your faith in him today.

He’s Only A Prayer Away.