The Nature of The Resurrection Body 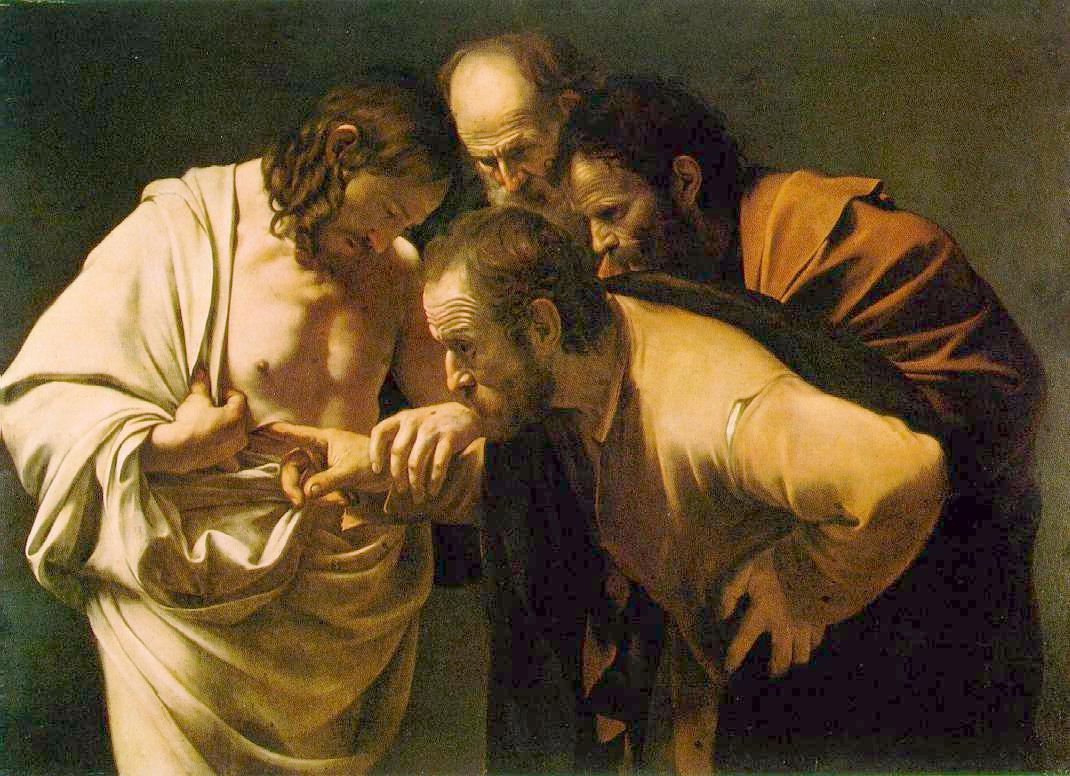 The writer of Hebrews describes the physical resurrection of the believer as “an anchor for the soul, both sure and steadfast”.  On resurrection morning every believer will be ushered into the very presence of God “where Jesus, who went before us, has entered on our behalf” (6:19, 20). The physical, bodily resurrection of Jesus Christ is the eternal foundation that Christianity stands upon; it is the great anchor that will stand the strain of the greatest storms.

The Nature of the Resurrection Body

To try and explain what our new resurrection body will be like is like trying to explain to a caterpillar what it means to fly. Its new body will be able to fly like a bird and escape all the limitations imposed by gravity, even though at the moment all it can do is drag its long segment body forward by a cumbrous array of legs. As far as the ability to see the caterpillar’s eyesight is sensitive to little more than the distinction between darkness and light. In its new body the butterfly’s eyesight will be superseded a thousand times over. Certainly the butterfly has no idea of how spectacular his new body will be compared to his old body; and little do we understand how superior this earthbound body of dust and death and disease, will be compared to the body that we now occupy

Though our imagination is limited here, we can go as far as the apostle Paul takes us. He says, for example “Our citizenship is in heaven. And we eagerly await a Saviour from there, the Lord Jesus Christ, who, by the power that enables him to bring everything under his control, will transform our lowly bodies so that they will be like his glorious body” (Philippians 3:20,21). In choosing to become united with Mary’s DNA in her womb and come into this world by natural birth, Jesus had taken upon himself our human nature with all its frailty and limitations. “Just as we have borne the likeness of the earthy man [Adam], so shall we bear the likeness of the man from heaven (Christ).”  In his resurrection body he lifted our humanness to a new level (Hebrews 2:14, 15; 1 Corinthians 15:49). If our bodies will one day be like his, what is his like?

What is clear from the New Testament accounts of the resurrection of Jesus is that his physical body was gone from the tomb and that his transformed body was a real body. On his first appearance to the gathered disciples he even showed them his wounds, saying to them, “Why are you frightened? Why do you doubt? Look at my hands and feet and see who I am! Touch me and find out for yourselves. Ghosts don’t have flesh and bones as you see I have” (Luke 24:38, 39). This was the same Jesus they had seen nailed on the cross. To put their minds at rest he even ate food before them (vv.41-43). However, there were some things different about the risen Jesus. He could suddenly appear behind locked doors (John 20:19) and vanish in an instant (Luke 24:30, 31). There was something about him that transcended the material limitations of this world.

The most detailed passage in the New Testament on the resurrection is 1 Corinthians 15, where Paul devotes the entire chapter to the subject. He deals with the certainty and importance of Christ’s resurrection and its consequence for the believer (vv. 1-33), and then spends the rest of the chapter giving details of our resurrection. He describes four differences between our earthly body and our heavenly body. In using the analogy of the transformation of seed into plant that we observe every day in the natural world, Paul declares, “The body that is sown is perishable, it is raised imperishable; it is sown in dishonour, it is raised in glory; it is sown in weakness, it is raise in power; it is sown a natural body, it is raised a spiritual body” (vv. 42-44).

First, it will be an imperishable body. Peter also uses the same Greek word for the environment that the new body will inhabit. “Praise be to the God and father of our Lord Jesus Christ! In his great mercy he has given us new birth into a living hope through the resurrection of Jesus Christ from the dead, and into an inheritance that can never perish,spoil or fade—kept in heaven for you, who through faith are shielded by God’s power until the coming of the salvation that is ready to be revealed in the last time” (1 Peter 1:3-5). An imperishable body for an imperishable inheritance! Distortion, decay, and death will have lost their power.

Second, it will be a glorious body. In some way it will express the glory of God. We will be seen to be his handiwork. Paul declares that when Jesus returns he will be glorified in his holy people (2 Thessalonians 1:10). In Mere Christianity C.S. Lewis gives the following description of our transformed being:

…a dazzling, radiant, immortal creature, pulsating all through with such energy and joy and wisdom and love as we cannot now imagine, a bright stainless mirror that reflects back to God perfectly (though of course, on a smaller scale) His own boundless power and delight and goodness.

Fourth, it will be a spiritual body. It is interesting that in Luke’s Jesus declares that his risen body is “flesh and bones” (Luke 24:39), yet Paul says that “flesh and blood cannot inherit the kingdom of God” (1 Corinthians 15:50). In our present physical existence, every cell in our bodies is dependent on blood for its supply of oxygen. “The life of a creature is in the blood” (Leviticus 17:11). However, there will be something different about the structure of our resurrection bodies and what it is that gives them life.  Our new resurrection body will be one animated by spirit and not blood. We will be the same personalities we are now but with bodies that are out of this world. Death, disease, old age, frailty, shall never touch them anymore. We shall be like him and we shall see him as he is

Paul finishes off 1 Corinthians 15 with some further stirring statements. The formation of our new resurrection bodies will take place “in a flash, in the twinkling of an eye, at the last trumpet” (v. 52). Not all will die, as some will still be living when Christ returns (v.51). Most of us will still have to face death, but it true shall be “swallowed
up in victory” (v. 54). When something has been “swallowed up” you don’t have to worry about it too much! The sting of death (our sinfulness and the problem of facing judgement) has been removed by Christ’s death on our behalf and his resurrection (vv. 55, 56). The apostle Paul finishes first Corinthians 15, also known as the resurrection chapter with these inspiring words, “Therefore my dear bothers, stand firm. Let nothing move you. Always give yourselves fully to the work of the Lord, because you know that your labour in the Lord is not in vain” (v. 58). Nothing that we do out of gratitude to the Lord for what he has done for us will be wasted. What an incentive!

All this is, of course, development upwards. At the resurrection we move to a higher, not a lower plane of existence.

Hope For The Physically And Mentally Challenged

If all we have described is true, then imagine what hope this can bring to those who are confined to bodies that prevent them from living the sort of lives that most of us experience. Beethoven, whose music has brought joy to so many, wrote some of his best works when totally deaf. It is recorded that his last words were, “I shall hear in heaven.”

Peter Chignell, in his autobiography Set Free, Now a Prisoner, tells the story of the death of his will. I pray that you will go. It is a warm coat in the test environment. It identifies you I brother-in-law, Fraser, at the age of 33. Fraser had Down’s syndrome and he had swallowed his tongue, blocking his air passage. He wrote:

My mother-in-law fell weeping uncontrollably beside the bed. I knelt beside her and prayed that the Lord would comfort her. Suddenly she gasped, stopped crying and started laughing. I prayed harder, thinking she had gone out of her mind.

Afterwards I said to her, “Whatever happened, Mum? You were crying one minute and then you started laughing.” She replied, “Peter, didn’t you see what I saw and hear what I heard?” I asked her to explain.

She said, “When my heart was breaking with sadness, Fraser’s voice said, ‘Mum, I am not in that old body any more. Look up—I am standing beside you. Jesus has let me come and show you my new body.’ I looked up and there was Fraser standing beside me, speaking clearly, and no longer having the features of a mongoloid. ‘Do not grieve, Mum, I am so happy to be out of that old earthly body.’ Then Fraser vanished.”

Peter explained that from then on, until her death some years later, she never grieved.

It’s as sure as there is a God in heaven; one resurrection morning , all cerebral palsy, all multiple sclerosis, all brain damage, all who are manic depressive all who have spinal cord injuries etc. etc…shall receive brand new glorified resurrected bodies like the body of Christ Himself. Can you imagine the hope this brings to the suffering?  Only in the gospel of Jesus Christ can hurting people find such incredible hope. Who can doubt that like the crippled man in Acts chapter 2, on resurrection morning they will enter into His temple walking and leaping and praising the Lord. The greatest songs of victory are yet to be sung.

But I know a day is coming
when the deaf will hear his voice,
when the blind will see their Saviour,
and the lame will leap for joy.
When the widow finds a husband,
who will always love his bride,
and the orphan finds a father
who will never leave her side.

The Best Is Yet To Be  For The Child  God.