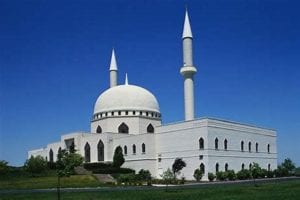 Here in  my series of Factoids on Islam I have included a Part III. There are many more that I could lay down, but  this will sufficiently build  the foundation for the house of cards  I shall show you that Islam is built upon.  Foundations are essential things but you cannot build on them if they are built upon quicksand, have a soggy bottom. Such a house will surely   fall when the wind and rains  of hard truth remorsefully beat against it.

I have given you a boat load of factoids  which are  fatal to Islam and reasonable person can use to disqualify their claim that the Quran is  perfect, infallible, unchanged, beyond dispute, eternal in the heavens, without one sentence, one word, one dot  altered in the last four hundred years, All this can be done without pointing the finger at Mohammed himself whose claim to fame is that he is  a model of perfection for all to follow.  This challenge we shall take up in future articles.

In the Middle East such a claims can be maintained because to question the Quran or the man Mohammed means the death penalty, swift and sure. Honest Muslims must listen to their Iman’s without questioning them. But here in the West  where human rights such as freedom of speech, assembly and religion are as strictly maintained  such a luxury is not  granted. Here  everything is under scrutiny and must stand upon a foundation of facts and the honest interpretation of those  facts.

Islam today reminds me of the prophet Daniel’s vision  where in a dream he saw a great Image with its head of gold and feet of clay.  (Daniel chapter 2). Islam has its  domes of gold but also its feet of clay. Its feet of clay are being bombarded by the merciless facts of history and geography, archaeology and epistemology; as well as the rising corps of courageous debaters who are forcing  Iman’s to stop talking  and start listening.  You must now prove what you have for so long been telling  everyone to assume.

Next Article we shall look at Allah!