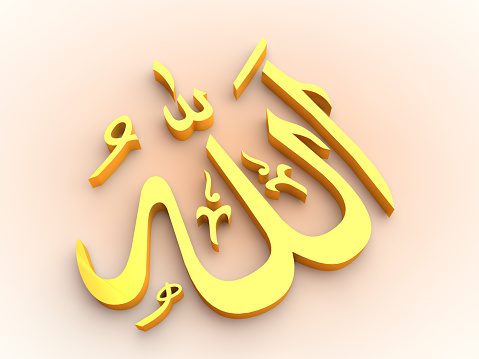 In Islam  you are born a Muslim. But  salvation is only for those whom Allah chooses. In   Christianity you must choose to become a Christian, and once you sincerely do so your salvation is assured. “Believe on the Lord Jesus Christ and you shall be saved” (Acts 16:31).

Allah does not desire for all men to be saved and go to paradise. Surah 32:13 teaches  something that is entirely  contrary to  what the New Testament teaches.   2 Peter 3:9 teaches us  that, “The Lord is not slack concerning his promise, as some men count slackness; but is longsuffering to us-ward, not willing that any should perish but that all should come to repentance.”  Yet Allah says in Surah 32:13, “ If We had so willed, We could certainly have brought every soul its true guidance: but the Word from Me will come true, “I will fill Hell with Jinns and men all together.”

Allah is not all  compassionate. His love is arbitrary and uncertain. Allah places evil into the hearts of men and punishes whoever he wills. Surah 5:18, “The Jews and the Christians say, “We are the children of Allah and His beloved.” Say, “Then why does He punish you for your sins?” In fact, you are humans, from among those He created. He forgives whom He wills, and He punishes whom He wills. To Allah belongs the dominion of the heavens and the earth and everything between them, and to Him is the journey’s end.“ Surah 91:8 reads, “And inspired it to its immoralities and its righteousness.”

All this is  totally contrary to Christianity. Evil is man’s rejection of God. And for that he is judged, not on the whims of a master with his slaves. In Islam you are not sons and daughters of God, always and only  slaves.

Mohammed  asked for the forgiveness of his present sins and his sins to come. Even then, however, he could not be sure of his own salvation.  Caliph Abu Baker was not sure of his own salvation after he was placed on Allah’s scale of good works. However,  Jesus could say without fear of contradiction while standing before his enemies, his friends, and his own family, “Which of you convinces me of sin” (John 8:46). In Islam in order to get to heaven you can only hope that your sins are cancelled out by your good deeds. There is no  blessed assurance in a system of salvation by works.   To at last enter Allah’s paradise, you must walk very stringently across a razor-sharp bridge, one fatal slip and all is lost. The fatalistic whims of Allah are unpredictable.

There is  however the  slim hope of touching the Blackstone which is a two-foot rock in the eastern corner of the Kaaba. It is   broken into seven pieces and held together in  a silver frame. This stone had supposedly fallen from heaven and the ancient pagan Nabateans from Petra  from whom  it was taken believe that by touching it their sins would be forgiven. On  Resurrection day this Blackstone  will have  two eyes and speak in favor of those who have touched it in sincerity. At this time, it  seems that the stone will become a living and breathing stone.

There is also a dim light at the end of the tunnel of death.  For  those who  die on their way to the Haji, (annual pilgrimage to Mecca) this will evidently give the weary pilgrim some bonus points of righteousness when they stand before  the fatalistic judgement bar of Allah.

Nonetheless, there was always one guaranteed hope of gaining salvation and that was to die in battle, fighting for Islam. This gave the martyr  an express ticket to paradise. (cf. Abu Hurairah # 2787 ) This fatalistic belief is one of the main reasons Islam spread so fast as many soldiers were willing to die in battle to gain paradise. If they did not die in battle, they received war booty and sex slaves (cf. Sahil  Bukhari 3334). Flying airplanes into the Twin Towers was an immediate 9 -11 ticket to paradise.  How different is the hope of all Christians whose salvation  is guaranteed through the substitutionary  death of Jesus Christ who died on a cross  in  their place.

Islamists say  that no man can pay for the sin of another, that the just cannot pay the price of the unjust; True!  No man can, But God can.  Because all sin is ultimately against God. Only he who is sinned against can forgive sin and ultimately all sin is against our creator; thus, the substitutionary death of Christ was essential for the salvation of all mankind (Genesis 3:15; Psalm 51:4; Ephesians 2:8-9).

How did Allah the best of deceivers  trick the first Christian believers? Some say that Jesus face was so beaten that he was unrecognizable, and when Simon of Cyrene  took up Jesus’ cross he was mistaken for Jesus. Others say that someone who looked like Jesus was taken in his place.  There is not one  iota of  historical evidence for these speculations.

How did Jesus  suddenly disappear before hundreds of eyewitnesses. How did he appear in perfect health three day later stand before his twelve disciples. How did he  forty  days later stand  before 500 people and appear again and again to people who were in awe of his presence and worshipped him  (I Corinthians 15:1-11).  How condescending is this to billions of  believers who for fourteen hundred year have been tricked into believing a lie by Allah. How can anyone trust Allah ever,  for anything, anywhere, anytime  if he thinks lying is an act of convenience. This is so appalling to Christianity that it tramples underfoot  any  claim made by any  Islamists that we and they  serve the same God,

If Jesus did not die on the Cross of Calvary than neither did He rise from the dead.  If Jesus did not die or rise from the dead  than we are still in our sins and we have no intercessor, no advocate, no high priest in heaven pleading on our behalf for our salvation (I Corinthians 15:17; Hebrews 7:25).   And to rub salt into the wounds of Jesus   Islam claims that those who believe that Jesus died on the cross will suffer the fires of hell for believing so. This  is the unreachable star, the bridge too far, it is Islam denying every fundamental belief of Christianity.  There is no common ground to sign a truce here.

To use a Rudyard Kipling, saying, “East is east and west is west and never the twain shall meet.”

Between Christianity and Islam there is a gulf so deep, so dark, so  immeasurable it is as vast as the distance between heaven and hell.  Such teaching is the darkest of darkness. It is as dark as deaths door, as  dark as the day before creation and as dark as this worlds last day. I run from it. I do not want to spend a moment in it. As it has deceived  its millions into a lost eternity.

In Surah 3:55 Allah says, ‘“O Jesus! I will take thee and raise thee to Myself and clear thee (of the falsehoods) of those who blaspheme; I will make those who follow thee superior to those who reject faith, to the Day of Resurrection: Then shall ye all return unto me, and I will judge between you of the matters wherein ye dispute.” Islam here is saying that Allah raised Jesus to himself. This is a far far cry from what the Scriptures say.   Christians believe that Jesus is now sitting at the Fathers right hand in heaven because he did die on the Cross, he was buried, he was resurrected, he is now our high priest in heaven. And because of that he will one day from this same throne judge the living and the dead and that includes Mohammed.

The pillars of our Christian faith all come from the Holy Bible. The Five Pillars of Islam do not come from the Quran. They come from their book of Traditions called the Hadith that was written 120 years after   Mohammed died. And  that is one bridge we must cross when we come to it in another article.

In Islam, the highest relationship you can have with Allah is a slave-master relationship. Not so in Christianity where God says, “And I will be a Father to you, And you shall be sons and daughters to Me ” ( II Corinthians 6:18).

Jesus Christ is never more than a Prayer away.

Ask him to wash your sins away with the blood He shed on Calvary’s  Cross for you. And then invite Him into your heart and experience an eternal relationship with God that will never end.