Perfect In Every Way? 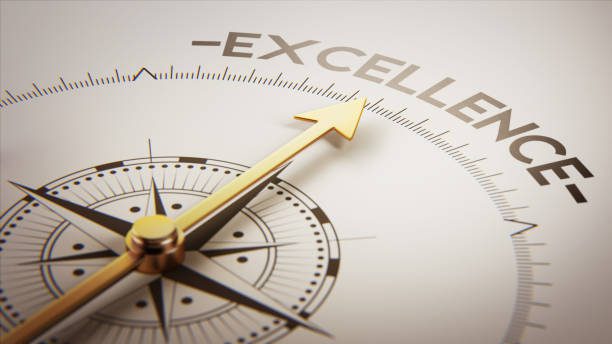 We are told that there is no such thing as a perfectly straight line or a perfect circle. Under microscopic examination, they all failed the test

The Quran claims to be perfectly preserved in every letter and every word. (Quran 10:15; 18:7,15, 27; 15:9; 85: 21-22). Here in our Western culture where we critique everything, fewer and fewer Imams are making that boast. This is the main reason there is an Exodus out of Islam. This is not true in the East where to do so is death. But if there was no such a Fatwa, (Edict of death Salman Rushdie February 14, 1989) there would be another Exodus. The binding force of Islam is not love but fear. As infallibility is the parent of despotism so Islam acts like a despot in every place where it is numerically dominant.
The Quran says that if you want to know answers about God, “Ask the people of the book,” meaning Jews and Christians. (Quran 4:136; 5:46-47,68; 10:94; 21:7). Many have done that, and their research shows that the Quran is as fictional as King Arthur’s Camelot as well as his wife Guinevere. As legendary as his round table, Excalibur sword, and castle.

There are one hundred verses missing from the Quran chapter 33. Many of them were eaten by sheep. Says Ibn Umar, “Let none of you say that he has acquired the entire Quran for how does he know that it is all? Much of the Quran has been lost. Thus, let him say, “I have acquired what is available.” This does not sound like a document eternally preserved on tablets in heaven and sent down to earth by Gabriel God’s greatest angel. Quran 10:15; 15:9; 18:27; 50:9 all say that it is perfectly preserved with no word change. History tells us that there were so many textual differences between the Qurans copied between 632 ~ and 652 that they were gathered up and burned. So much for a preserved book. And who was to decide from this point what was original and what was not? Are not the earliest documents the purest? Why destroy any?

There are over two dozen extant translations of the Quran in the Arabic language (some say thirty-seven). But they all say different things, use different words, have different theologies, and contain thousands, yes, thousands of errors. All this is in total contradistinction from what Islam claims that the Quran has come down to us as perfectly preserved as the eternal Quran that is in heaven. Surah 15:9; 16:103 and 85:22 assert that the original Quran was written in Arabic pure and clear, yet there are many non-Arabic words in the Quran. Surah 15:9 reads, “We have, without doubt, sent down the Message; and We will assuredly guard it” (from corruption)” (Surah 10:15; 15:9; 18: 27.) Manuscript evidence shouts otherwise.

Questions remain of what happened to the Quran from the infallible lips of Mohammed that his wife Hafsa kept under her bed for twenty years. Where is the Quran that Caliph Uthman had rewritten in AD 652? Where is the unchangeable Quran written and edited by Ibn Mujahid in AD 936?

If it is eternally preserved show us one original or at least a copy directly from the original. Every great library and ancient monastery and archaeological rock has been turned upside down proving that from nothing nothing comes.

Here is how it all came down; Allah spoke to Gabriel, Gabriel spoke to Mohammed, Mohammed spoke to his scribes and there were those who memorized what the scribes repeated to them. Some of Mohammed’s words were written down on leaves, bark, bones, and stones. This reminds you of a jigsaw puzzle with a whole lot of pieces missing. A companion of Mohammed Ibn Umar writes regarding the first Quran, “Much of it has disappeared.” Whole chapters of the Quran have been lost and some verses, as Alisha Mohammed’s favorite wife said, and I repeat because this calamity cannot be overestimated, were eaten by sheep (cf. Sunan ibn Majah)

Because of this crisis, Caliph Abu Bakr has Mohammed’s Secretary Zaid bin Thabit rewrite the first Quran. One of the problems that forced this decision to rewrite the Quran was that seventy men who had memorized the whole Quran had been killed in the battle of Yamama and thus many verses were lost forever. Why were their lives not preserved to preserve the eternal Quran? Where is the providence in this?

Surah 33 has more than one hundred verses missing due to the death of these soldiers killed in battle. So, Mohammed’s Secretary Zaid bin Thabit in 632 the year Mohammed died collects as many of his revelations as he can and puts them in book form. This copy of the Quran is put under the bed of Caliph Uthman’s daughter Hafsah where it remains for twenty years, until AD 652. All the evidence shows that a perfectly written, perfectly preserved Quran did not come into existence in the seventh century. Dead men do not talk.

This did not make the problem go away. Simultaneously, there were so many different oral quotations of the Quran floating around that disagreed with the first Quran that chief Secretary Zaid bin Thabit was asked by Caliph Uthman to re-write the Quran a second time. But this time he would do so with the help of three other men. Like Secretary Zaid bin Thabit they became gatherers of fragments and memorized texts and put together the second Quran. They wrote it in the Arabic Quraish dialect as that was the language in which it was revealed, and the only language Mohammed could speak. The remaining manuscripts or fragments that they did not use for the second Quran they burned by the thousands. According to Bukhari substantial portions of the original Quran were lost. (Volume 6:509-510) Again, so much for perfectly preserved word-for-word preservation by Allah as claimed.
The perfectly preserved text sounded more like an abracadabra rather than a clear revelation which is one of the boasts of the Quran. How can a perfect “come down” revelation be made more perfect by human intervention? How do you make perfectly pure gold, more perfect? This was not a convincing start for the world’s greatest preserved book, spoken from the mouth of an angel to the ears of the world’s last and greatest prophet, to the ears of the first copyists, many who disagreed with each another on what should be included in and what should be excluded from the second Quran. (cf.10:15; 15:9.; 18:27; 85:22; Sahih al Bukhari 6:61:510).

Five copies were made, and one was sent out to each of the five provinces. From this, all others were to be copied word for word and disseminated through the rest of the Islamic empire. These five originals we presume would be preserved as protected like the original constitution of the United States. Regardless of all efforts, the same problem raised its ugly head again as all the different copies were not burned, nor could the different oral translations be burned. They were still out there in the public domain bouncing around like voices in the wind.

Surprisingly, the Quran calls itself the ‘Mother of all books” (Sura 43:3-4). The Imams claim it to be superior to all other pieces of literature. “Will they say he has forged it? Answer: “Then bring a surah like unto it, and call (for help) on all ye can besides Allah, if ye are truthful” (Surah 2:23; 10:38; 17:88). This challenge is more than met when reading Psalm 23, and I Corinthians 13. In Matthew chapters 5-7 where Jesus gave his famous Sermon on the Mount, he tells us to be good to our enemies. No verse in the Quran comes close to such a great truth; it advocates the opposite.

How different are the manuscripts of the Bible? The first three (synoptic) gospels, Matthew, Mark, and Luke were written 30-40 years after Jesus’ death. John wrote his gospel 60 years after his death. No one who authored today’s Quran personally knew Mohammed, they all lived a thousand miles away from him and several hundred years after his death. The Apostles Matthew and John knew Jesus personally. They lived and traveled with him for three years. Mark and Luke got their information from eyewitnesses. The Apostle Paul wrote his dozen epistles 30-40 years after Jesus’ death. Not a word of the New Testament was written by authors who lived two hundred years after Jesus died. It was written by a firsthand eyewitness who walked, talked, touched, ate, slept, saw, heard, and lived with him.

The Bible passes all these historical criticisms. That is why we can totally depend upon it. The best proof is to ask its author to come and live in your heart. The Bible is the only book that you can read, and the author is always there with you.

He is only A Prayer Away!