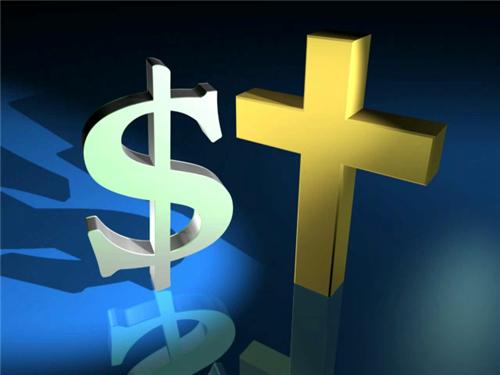 We hear much discussion these days on the subject of the economy. Why is our economy in the doldrums and what needs to be done to restore our once prosperous business and job climate? Are the problems merely cyclical or are they systematic?

As a Christian I believe the Bible reveals truths about the nature of man which speak to these basic economic issues.

The Bible declares quite adamantly,” The heart is the sequel above all things and beyond cure. Who can understand it?” [Jeremiah 17:9]. The New Testament reiterates this essential,though humbling truth about human nature: “For all have sinned and fall short of the glory of God,” [Romans 3: 23]. It is true that human nature is fallen and selfish beyond repair. [I.e.,” desperately sick”] then some forms of economic theory will never work.

It always amazes me how some Christians can call themselves Socialist and be intellectually honest with the scriptures. If it is true that we are fallen, sinful, and selfish; and that Socialism is based on the premise that we are basically good, Socialism falls under its own weight. The Socialistic slogan that each will work according to their ability and receive according to their need is a cracked bell. The vast majority of people only do this when they are forced to do so by an overbearing nanny government. Government coercion never matches the productivity and innovation produced by a capitalist, free market system

Let me be clear, Socialism doesn’t work because it is incompatible with the true nature of humanity. The reality is that we are what we are, and not what Socialists wish us to be. You cannot unring the bell, the leopard cannot change its spots.

Unlike Ayn Rand, who contends selfishness is a virtue, Christians condemn selfishness. Christians acknowledge selfishness as a reality which must controlled, and channeled not desired. Selfishness [greed] is desire beyond reason.

Marxism and Socialism never have and never will produce as much wealth as capitalism because most men will not sacrifice, or go the extra mile, when they do not get to keep a substantial portion of the rewards of their labor for themselves and their loved ones.

Free-market capitalism “capitalizes” on, bases itself on, this essential truth and as a result produces substantially more wealth than Socialism, which keeps on slicing the pie into smaller and smaller pieces. Capitalism, on the other hand, bakes more pies to be sold, transported, distributed, and eaten.

Modern day China and India are graphic examples of this truth. In the last 50 years China and India have alleviated more poverty in their population by adapting modified forms of capitalism than they did (or ever would have) under their previous Communist (China) or Socialist (India) systems.

Also, the United Kingdom adapted Socialism in 1945 and sank into a post-war economic slough of despondency which made it the “sick man” of Europe.  Margaret Thatcher came along and was elected on a pro-capitalist platform in 1979. She cut the top tax rate from 91% to 28% and liberated her country from its socialist disease and made it the most vibrant economy in Europe.

It is also true that Laissez-Faire capitalism has been impacted by human selfishness. As Lord Acton (1887) once observed, “all power tends to corrupt and absolute power corrupts absolutely.” Since capitalists are fallen human beings they too will be selfish and will corrupt government and exploit workers if no restraints or controls are placed upon them.

With few or no external controls, unfettered capitalism will exploit workers and seek to monopolize markets to the detriment and harm of both workers and consumers. The “Robber Baron” era of late 19th century America serves as a good example of what happens when this occurs. The abuse of that era led to the Sherman Anti-Trust Act and other government legislation and the formation and growth of the American labor movement.

Unfortunately, labor leaders and their union members, as well as government bureaucrats, are human beings and thus prone to selfishness and corruption themselves. Consequently, just as big business had too much power and disadvantaged the comparatively less powerful in the Robber Baron era, you had Big Labor and big federal government possessing too much power in the middle decades of the 20th century, leading to suppression of productivity and wealth production.

When government over regulates or labor over demands through having too much power it is just as corrosive to the overall wellbeing of the community as exploitation by unrestrained big business interests. Like the song says; “If the left one don’t get ya, the right one will.”

The power of unions needs to be balanced by right to work laws, which protect individual workers from being coerced by overzealous, power-hungry union leaders.

The economic shambles that was once the proud city of Detroit stands as graphic testimony of the ability of unrestrained union power to kill the goose that laid the golden egg. America does have a thriving automobile industry; it’s just far from Detroit. Instead it is in Tennessee (Nissan and Volkswagen), South Carolina (BMW), and Alabama (Mercedes-Benz) which are all right to work states.

Checks and Balances in Capitalism

Similarly, government officials are tempted by too much power and their oppressive regulations and high tax rates were stifling innovation and productivity in the last half of the 20th century until the Reagan revolution pulled the balance back into a healthier direction. Remember the air traffic controllers who thought that their union could defy the government?

Our healthiest and most widespread prosperity occur when these three groups are working harmoniously together, each clearly checking and balancing the power and innate selfishness of the other two.

That’s Something To Think About,