Mohammed the Man the Prophet 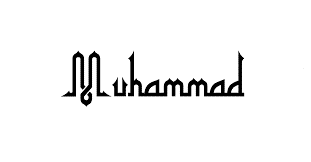 No historical record of Mohammed can be found until 690 AD. This is very problematic when you are told that by 652 AD  a good part of Western Asia (the  Levant)  was  conquered by him. Looking for Mohammed  the man in the 7th century is like looking for Santa Clause or Saint Nichols  in the second century when he was born in the third century (280 AD).  There is a lot of hard-nosed evidence that Mohammed did not exist until the 8th century. But I say this only in passing. We will cross that straw bridge when we come to it further down the road of history.

Islam means “Submission” Perhaps you think that this means submission to Allah all compassionate one. That does not sound too frightening. But like Pandora’s box you must open the  beautiful lid all the way and look deeply inside. Its cover looks so alluring and mysterious, which in reality it contains  of one of the world’s greatest curses.   To submit to Allah means to submit to  Mohammed the man for he is Allah’s messenger, his prophet, the last and greatest of all time (Surah 4:65).

But before you bow the knee and submit yourself to this man consider the following: Do you want to blindly follow a leader who says that to change your mind  and later leave Islam is a sin deserving of physical  death right here right now. Many people who join up to Islam leave it after 18 months. Fortunately to leave Islam does not bring the death penalty upon you in the West. But in the East wherever  Islam is predominant it does.  The Islamic Hadith  reads, ‘Whoever changes his Islamic religion, kill him’ (Sahih Al-Bukhari 9:57)  Even in the West it has cost some family members who have converted to Christianity or have become atheists, their life. In Islamic countries you are not converted into Islam freely as you are born into Islam. In Christian countries you are not born into Christianity you chose your faith of your own free will. Conversion to  Christianity is an individual choice. Even in the West for a Muslim to leave Islam usually means  to   be ostracized from family and friends. In places like Pakistan and Bangladesh and Saudi Arabia it is like trying to leave the mafia, you cannot;  you are in it for life, to leave it may cost you your life.

Secondly, consider the man Mohammed before you submit to his teachings  as it is  rather frightening to consider that he thought himself as  demon possessed man before he was convinced, he was a true prophet of Allah. It was his wife Khadija and cousin Waraga   who convinced him that he was not insane. Several times later he tried to commit suicide by throwing himself off of a cliff. This is not a convincing start for the greatest of all prophets who was unsure of his calling. On another occasion we are told that Mohammed was so overpowered by a spell of black magic that it gave him delusions and bizarre beliefs.

It is unthinkable that a man with such uncertainties be trusted with the universal plan of salvation for men’s souls (Sahih Bukhari 1:1:3; 9:87:111).

Thirdly and on  another occasion the greatest prophet that ever lived was deceived by what are called the three Satanic Verses. Here we see that Mohammed wanted to know how to unite the Arabs  and bring more of them into Islam. While he was supposedly receiving revelation from Allah, Satan suddenly intervened and deceived Mohammed and talked to him.  Surah 53 19-20 read,  “Have you considered al-Lat and al-Uzza? And Manat, the third one, the other?”  The devil interjected his own words onto the tongue of Mohammed and thus the two Satanic verses, “So, have you considered al-Lat and al-‘Uzza? And Manat, the third [goddess]—the other one?” (cf. Surah 22:52; 53: 19-22).

Al-Lat, al-‘Uzza, and Manat were three pagan Arab deities that Mohammed could pray to and they would help him make Islam grow.  As bizarre as it sounds these three goddesses were three exalted birds, cranes, intermediaries who could carry Mohammed’s prayers up to Allah in heaven. Mohammed is so overwhelmed by what he hears that he bows down before then with all the other pagan worshippers who are with him do the same.  Mohammed comes back a little later and recants saying he was deceived tricked by Satan.

This is a fatal error for any prophet, especially for the prophet who says he is the last and the greatest of all the prophets, be they Moses, Isaiah, or Daniel. Any prophet who can be tricked by Satan cannot be trusted and is a false prophet. According to Deuteronomy 18:20-22 had Mohammed done this in the time of Moses he would have been stoned and his words certainly not feared. The standard for a true prophet is always, 100% accuracy. One leaky hole proves it is not a waterproof bucket.

“The devil made me do it” excuse cannot be cast aside lightly.  It is sad that Imams are deceiving honest Muslims by proclaiming Mohammed as a true prophet

It is impossible to imagine anyone who has deceived more people than Mohammed who was himself deceived. According to I John 2:8 he is one of  Satan’s favorite son, the worst antichrist the world has yet seen until the final antichrist comes. “Little children, it is the last hour; and as you have heard that the Antichrist is coming, even now many antichrists have come, by which we know that it is the last hour.”

Like most of what we know about Mohammed does not come from the Quran. Most of it comes from the pen of one person named Ibn Ishaq who was a Christian (Nestorian) and a very disreputable one at that. He was as bought and paid for as was the false prophet Balaam in Numbers chapter 22.    Mohammed is mentioned only four times in the Quran. The earliest biography of Mohammed comes more than 100 years after his death. Mohammed died in 632 and the first biography of him was written in AD 760, 128 years later. Ibn Ishaq was paid by his Caliph to write Mohammed’s biography. It was not a spontaneous idea of his own as were the writings of the Gospels written by Matthew, Mark, Luke, and John who either knew Jesus personally or interviewed eye witnesses who knew   him personally.    Ibn Ishaq original copy of Mohammed’s life is lost, and we have only one copy written by Ibn Hishan dating from AD 833, that is 200 years later.

How different from the four Gospels on the life of Christ written by biographers 20-60 years after his death, while thousands of eyewitnesses were still living. None of Mohammed’s biographers knew him personally, travelled with him, heard him preach or even lived in the same century. Furthermore, history shows us that Ibn Shaq the first biographer of Mohammed was a quack, a forger. He had a questionable reputation, so his paid biography of Mohammed is not without suspicion. It is every evident that he used the outline of the Gospels   to outline the life of Mohammed. The similar outlines are suspiciously plagiaristic.

Quite a detailed biography for a disreputable, paid journalist who lived 0ne hundred years after Mohammed died, who never saw, never met, never heard, or never interviewed a living witness who knew him. If it does not look like a duck, quack like a duck, walk like a duck, swim like a duck it is not a duck. Such a false prophet should not be anyone’s prophet.

Look at the credentials of this man that claims to be the world’s last and greatest prophet.

Most of the countries where his beliefs are predominant  are the most backward economically, educationally  and with the least human rights.

He’s only a prayer away.