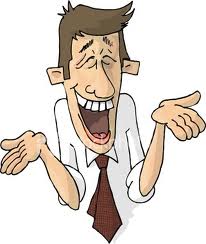 “But it so happened, when anballat heard that we were rebuilding the wall, that he was furious and very indignant, and mocked the Jews” (Nehemiah 4:1)

The art of mocking God and His people has changed little through the ages. The pagan enemies that surrounded the Jews as they were trying to rebuild Jerusalem 400 years before Christ, tried various means to defeat them–essentially the same devices used by God’s enemies today.

Likewise, the enemies of God’s Word and God’s plan today are trying all these devices in a modern format. They use political means (such as the ACLU), compromising infiltration (liberal teachers in once-sound Christian schools), and even persecution (as in communist countries).

The strategy of “mocking” is often especially effective against Christians in education, science, or other professional fields. Such people place a high premium on peer recognition, and thus are sensitive to snide remarks about the Bible. Thus when, in the words of 2 Peter 3:4, latter-day scoffers come saying: “Where is the promise of his coming? . . . all things continue as they were from the beginning of the creation” (in other words, nothings changed), there is great pressure to tacitly agree with the scoffers, and many Christians will seek some compromise.

But Nehemiah did not compromise, and neither should we. The Bible says that those who ridicule God’s Word are “willingly forget”   (2 Peter 3:5), and there is no need to pander to willful ignorance of God’s invulnerable truth.

Theyose that place the crown of thorns on Jesus head did so only to mock him. But let us fight the good fight  to the end as one day He will be crowned as our King of Kings And Lordof Lords.

The Best Is Yet To Be!