The Joy of a New Beginning 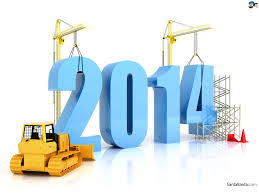 Don’t we all long for a fresh start? Don’t we all wish we could wipe the slate clean? Don’t we tell ourselves that if I can just get another chance I won’t make the same stupid mistakes? I’ll do better next time, really I will.

January is the time of year when we focus on fresh starts, when we resolve to leave behind the mistakes of the past and press on to the greater achievements of the future. But we can’t move on to a sparkling-clean future unless we clean up the dirty mess we made in the past. Moving on is a step-by-step process, whether one is moving on from a death, a divorce or a dumb choice. Skip over those difficult steps and you’re still stuck in the unpleasant past.

In Luke’s gospel, the parable of the prodigal son* exemplifies what Christ-followers believe about moving on. When the spendthrift son “came to his senses” and realized his poor choices had plunged his life into disaster, he turned from those mistakes and began to walk home to his father. This turning from the poor choices of the past is called repentance.

For Christians, Easter (April 20, 2014) is not be the beginning of a new year but it too is meant to be a fresh start. We are to use the weeks leading up to that holiday to examine the choices we’re making, to turn from our poor choices and to seek forgiveness. These weeks, called Lent, prepare followers of Christ for the celebration of new life on Easter. Christ’s death and resurrection symbolize the new life that’s possible for His followers when they turn from sin.

In Judaism, the new year (Rosh Hashanah) begins a ten-day period of repentance (Aseret Yemei Teshuva) ending with the Day of Atonement (Yom Kippur). Teshuva literally means a “turning” or “return”. During those ten days, Jews are encouraged to pray, engage in some personal reflection about their failings of the past year, and seek God’s forgiveness. But Judaism teaches that one cannot pray for forgiveness from God without also seeking forgiveness from the person against whom one has wronged and trying to right those wrongs when that’s possible. One must turn from and clean up the mess one’s made in the past before one moves on to a bright new future.

Turning, cleaning up messes is hard. It’d be nice to skip those steps, wouldn’t it? But in our hearts we know–and the great faith traditions tell us–that’s not the way life works. January is a great time for turning, clean-ups, fresh starts and clean slates. Want to turn? Try this:

One of my favorite verses.