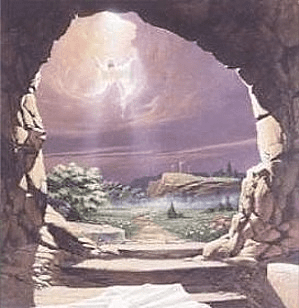 Paul finished his first letter to the Thessalonians with this prayer, “May your whole spirit, soul and body be kept blameless at the coming of our Lord Jesus Christ” (1 Thessalonians 5:23).

The Bible distinguishes between the soul—the real living me that inhabits this body; the spirit—the part of me that distinguishes me from mere animal life and enables me to have a relationship with God, who is spirit (John 4:24); and the body, through which my soul and personality is outwardly expressed. However, each of these parts of my nature are vitally connected and important in making me who I am. We are people, not parts. In this respect Christianity differs from dualistic ideas that find expression in Eastern religions such as Hinduism and Buddhism, where the body is regarded as something evil in which we are imprisoned and from which we must eventually escape. In this view, which surfaces in much of New Age teaching, we go through many cycles of reincarnation, returning again and again to new bodies in this world. If we are fortunate, by good works and enlightenment we may eventually escape this bondage to our earthly bodies and be absorbed into Nirvana.

It is this transformation of the whole person, body included, in our future existence which is one of the distinctives of Christianity.

Hindus may believe in many avatars, descents of God to earth; they may venerate the cross as an act of self-denial and self-sacrifice, which is a Hindu ideal, but they have no answer to the resurrection of the body.   Muslims hope for the resurrection but as a recovery of the pleasures of this life, and certainly not to be transformed into the glory of the image of the risen Christ.

In Genesis 1 we read seven times that everything God created was good. That includes the human body. This is emphasised in the New Testament. When we put our trust in Jesus and receive the Holy Spirit, then our bodies become the “temple” in which he dwells and through which he longs to express something of his own character. “Surely you know that your body is a temple where the Holy Spirit lives. The Spirit is in you and is a gift from God. You are no longer your own. God paid a great price for you. So use your body to honour God” (1 Corinthians 6:19, 20).

Colossians 1:27 talks about, “Christ in you, the hope of glory” This is one of the things that is so unique about Christianity.  There is no other world religion or worldview that talks in such terms. In Islam, Allah is seen as distant and totally transcendent. In Buddhism, there is no god. In the core of Hindu thinking, you are, in effect, made to become god. But in the Christian faith, there is the nearness of God. We do not go to the Temple any more to worship; we take the temple with us. Our body is the temple of the living God. There is communion. There is intimacy. We understand that this body is where God wishes to make His residence, and thus we see the sacredness of the human body.

It matters, therefore, how we treat our bodies. It is for this reason that Paul argues for sexual purity. “We are not supposed to do indecent things with our bodies. We are to use them for the Lord who is in charge of our bodies. God will raise us from death by the same power that he used when he raised our Lord to life. Don’t you know that your bodies are part of the body of Christ? Is it right for me to join part of the body of Christ to an immoral woman? No, it isn’t” (1 Corinthians 6:13–15).

Christianity, therefore, speaks not of reincarnation, escape from the body, but of resurrection, the recreation of the body. In 2 Corinthians 5 Paul uses two metaphors for this process: that of leaving a tent (a temporary dwelling) for a new permanent house, and that of putting on a new suit of clothes. It is worth reading  this passage in full:

“Our bodies are like tents that we live in here on earth. But when these tents are destroyed, we know that God will give each of us a place to live.

These homes will not be buildings that someone has made, but they are in heaven and will last forever. While we are here on earth, we sigh because we want to live in that heavenly home. We want to put it on like clothes and not be naked. These tents we now live in are like a heavy burden, and we groan. But we don’t do this just because we want to leave these bodies that will die. It is because we want to change them for bodies that will never die. God is the one who makes all this possible. He has given us his Spirit to make us certain that he will do it. So always be cheerful!

It is interesting that in Romans 8, where Paul speaks of our adoption as “sons of God” through receiving the indwelling Spirit (v. 15), he goes on to say that this adoption will one day include “the redemption of our bodies” (v. 23. The raising of the body means the restoring of the individual person—not just part of you—but all of you.

This means, of course, that if we mess up this life, we don’t get another shot at it in some future existence in this world, as is the view of those who hold to a belief in reincarnation. The Bible is very clear on this. Christ died for our sins and his death will never be repeated. Christ was sacrificed once to take away the sins of all who have faith in him  (Hebrews 9:27, 28).

The Guarantee of  Resurrection

The resurrection of the christian from the dead will not be a resuscitation, a coming back into a life identical to the present one, but a totally transformed body.  It will not be a mere spiritual body but a physical/ spiritual body like Jesus’ present body. We will talk more about this in part two of this two-part series.

This would not be a transformation into a non-bodily spirit, but into a new body, with very definite links to the old body, but also with significant differences. This is the common understanding of the New Testament, which I will explore further in the next section.

One thing is clear, that the early disciples of Christ lived and died in their dogmatic hope of the resurrection from the dead. It was the turning point of the ages to come.

Significant evidence of this comes from the catacombs on the outskirts of Rome, where Christians buried their dead. So far some thirty-five of these have been discovered and the total length of the galleries have been calculated at more than 500 miles. The earliest burials take us back to just before AD 150, only some eighty to ninety years after Paul was martyred there. Gradually they fell into disuse after the sack of Rome by the Goths in AD 410. Some seventy thousand graves have been counted in them, but this is a mere fraction of the whole, as only part of them have been explored. Since we know that for at least three hundred years, or ten generations, the entire Christian population of Rome was buried in them, the figure could easily run into millions.

Side by side in these catacombs lie the rich and poor, slave and free, awaiting in perfect confidence the promised resurrection. The inscriptions reflect this assurance—“Happiest of women”; “Sopronia…happy, always living in God”; “Alive in Christ”; “Here rests in the sleep of peace Mala…received into the presence of God.” “Spes” (hope) is one of the words most frequently found in these inscriptions. They speak only of peace and joy in death. Here in the catacombs, for the first time in the pagan world, the power of death was denied. This was in stark contrast to the attitude of the rest of the population. Catallus caught the mood of the majority of first-century Rome when he wrote, “Suns may set and rise again. When once our brief light has set, one unbroken night remains.”

It is the death and resurrection of Jesus that guarantees the forgiveness and future resurrection of all who choose to unite with Christ and his cause. If we have accepted him as our Saviour and Lord, the rest will follow.