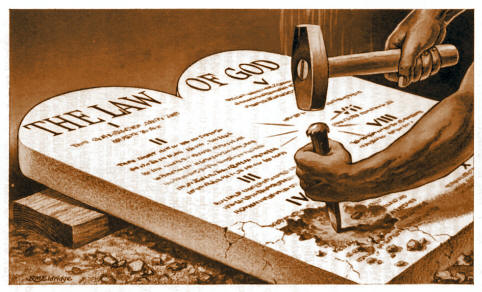 Ten Things Every Christian Should Know About Islam

Muslim is a religious term. A Muslim is someone who adheres to the religion of Islam. Arab is an ethno-linguistic term. An Arab is a member of the people group who speak the Arabic language. It is true that Islam originated among the Arabs, and the Qur’an was written in Arabic.

However, there are Arabs who are not part of the religion of Islam, but rather have historically been part of the ancient orthodox Christian churches. On the other hand, Islam spread far beyond the Arab world,

and today most Muslims are not Arabs. This includes the Turks, the Kurds, the Iranians, the Pakistanis, other South Asian Muslims, the Malaysians and the Indonesians, almost all of whom are Muslim but none of whom are Arab.

A Muslim is someone who submits to God. The Islamic conception of who God is, and how he is to  be worshiped and served, is based on the teaching of Muhammad. Thus, the Islamic creed is: “There is no God but God, and Muhammad is his prophet.”

3. There are two major Denominations of Muslims.

Sunni and Shi’a. Sunnis are the majority, at 85% of all Muslims. The split occurred in the first generation after the death of Muhammad, and it was based on a dispute over who should succeed him as leader of the Islamic community.

4. Islamic theology could be summarized as belief in one God, his prophets, his books, his angels, his decrees and the final judgment.

Islam teaches that humans are born spiritually neutral, perfectly capable of obeying the requirements of God completely, and that they remain this way even after they have personally sinned. The need of humanity, therefore, is not salvation but instruction, so Islam has prophets but no savior.

5.  Islam teaches that Jesus was a great prophet.

It claims that he was born of a virgin, that he lived a sinless life, that he performed mighty miracles and that he will come again at the end of history. It even calls him a word from God. However, it explicitly denies the deity of Christ. It repudiates the title “Son of God” as blasphemous. It also (according to the majority view) denies that he died on the cross, claiming that the visage of Jesus was imposed on someone else, who was then crucified, and that Jesus was taken up into heaven without tasting death. Islam explicitly denies the possibility of substitutionary atonement.

“For whoever keeps the whole law and yet stumbles at just one point is guilty of breaking all of it.” (James 2:10)

The law is one seamless garment which is rent if you but rend a part; or a musical harmony which is spoiled if there be one discordant note; or a golden chain whose completeness is broken if you break one link.  We have all broken the Laws of God, there is only one person who has not, and that person is Jesus Christ.

Romans 8:1-4 is  good news for us all; “Therefore, there is now no condemnation for those who are in Christ Jesus,  because through Christ Jesus the law of the Spirit who gives life has set you free from the law of sin and death.  For what the law was powerless to do because it was weakened by the flesh,God did by sending his own Son in the likeness of sinful flesh to be a sin offering.And so he condemned sin in the flesh, in order that the righteous requirement of the law might be fully met in us, who do not live according to the flesh but according to the Spirit.”