Is The Bible A Myth? 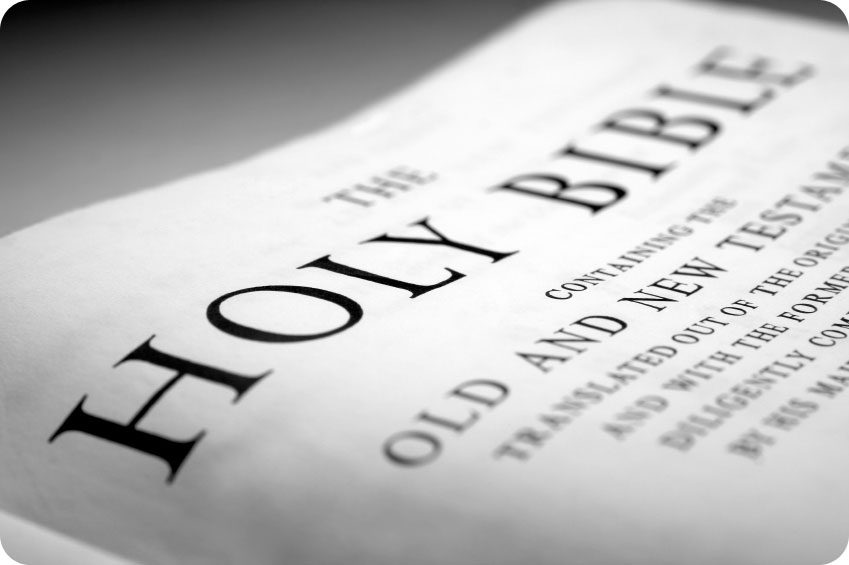 Is The Bible A Myth?

Complaint Number One was:

For Example: Mr. Smith has new windows put in his house.  He hires his carpenter friend Mr. Jones to install them. Several days later you talk to Mr.  Smith and he say’s he put new windows in his house.  Several days later you talk to Mr. Jones and he says he put new windows in Mr. Smith’s house.  Is there are contradiction here?  Not really. From Mr. Smith’s perspective he put then in. He had them specially made. He had them shipped, he paid for them and he hired a carpenter to do what he wanted him to do. No one is trying to deceive any body here it all depends from what perspective each person is talking. That is what happened in the Bible from time to time; each person is giving the facts as they saw them.

We No Longer Have The Original Manuscripts Of The Bible; And Therefore, All Kinds Of Errors Or Legends May Have Crept Into The Copies Themselves.

Of Course we all know in the ancient world, there were no printing presses. Books were copied on scrolls and could be 20 or 30 feet long. How do we know we have accurate copies of the Bible today? The answer is very simple; Numbers!  We have such a preponderance of manuscripts (and everyone did not make the same mistakes) that from them we glean a Bible that is 99.5% accurate. Compared to other ancient manuscripts the scriptures come forth as pure gold.

We have ten relatively ancient manuscripts (mss) extant. The earliest mss has a thousand year gap between when Caesar died and when that manuscript was copied; yet it is considered as reliable history to this day.

We have seven manuscripts. The Earliest mss is 750 years after he died. yet it is considered as reliable history to this day.

Earliest one, 1,350 years after he died; yet it is considered as reliable history to this day.

Tacitus’ The Annals, we have 20 ancient manuscripts.

Oldest one, 1,000 years after he died, yet it is considered as reliable history to this day.

When it comes to the New Testament Manuscripts texts,

We have 5,664 Greek manuscripts going way back within decades of the life of Jesus. Add to that another eight to ten thousand Latin Vulgate manuscripts, another eight or so thousand Ethiopian, Slavic, and Armenian. There are approximately 25,000 ancient New Testament manuscripts in existence today. So you can readily see that any mistakes made by copyist can be readily mended by the sheer number of available manuscripts. To repeat everyone did not make the same mistake(s). Okay, that’s New Testament.

The Old Testament Is Equally Exciting.

A century ago, the earliest Old Testament manuscript we had was from about 900 AD, almost millennia after the New Testament was written. Then the big a-ha moment came.  For Bible believers it was bigger than the discovery of the Rosetta stone. The Dead Sea Scrolls were discovered. It was like discovering a time capsule of the first and second centuries.

Among many other things it proved that the Book of Isaiah which Liberal /Progressives had just about shoved through the shredder as unreliable were wrong again. The similarity between the two books was remarkable. The few differences were about as insignificant as tweedle-dee-dee and tweedle-de-dum even though they were 900 years older.  The Dead Sea Scrolls also showed up the smarter-than-thou liberal theologians who taught in their classes that the Hebrew Old Testament was not solidified until 300 BC.

Even though we do not have the Original Manuscripts we have enough copies to come up with a Bible that is so reliable that you can hang the destiny of your soul upon what is said in its sacred pages.  After all if it is a God-breathed book what would you expect?

Another Common Complaint is in Regards to Violence and Slavery.

Sometime later I will deal more fully with the killing of the Canaanites and other tribes Israel destroyed when conquering Canaan.

Let’s consider the statement “ An Eye for an eye and a tooth for a tooth.” (Exodus 21:24).  A lot of people lift their eyebrows at this one and ask: Is the Bible pro-violence?

It helps to leave your twenty-first century mind-set behind when dealing with Bible verses like this one. Remember that in ancient times there were no constitutions, no human rights; no police forces protecting the neighborhoods or highways and byways. The protective infra-structure that we take for granted to day was non-existent. It was almost a vigilante society. The attitude was that if you hurt me I’ll hurt you first and twice as hard. John Wayne and Charles Bronson would have felt home in it.

In the rough and tumble white knuckled world of Exodus 21:24 this law was actually laying the foundation for proportional justice. Unlimited vengeance, blood feuds that went on for generations would no longer be allowed. Somebody knocks out your tooth; you don’t get to kill them. An “eye for an eye and a tooth for a tooth” meant that the punishment must always equal the crime. It symbolized justice before the law.  It was actually a giant step forward for mankind.

A Brief Look At The Bible And Slavery

In the early 1800’s, people in the South would say, “The Bible says slaves obey your masters, so it supports slavery.” At the same time the people in the North who opposed slavery based their opposition on the same Bible.  So it was the Bible that started the opposition towards slavery in America.

Another very important thought to keep in mind regarding slavery in American is that it was based on Racism. Even those in early America who defended it biblically never said, “Let’s make white people slaves because it’s a good idea.” Slavery in America targeted the Blacks only and that was evil.

But looking beyond America to the ancient world, we see just the opposite. Slavery encompassed every nation tongue and tribe. No exceptions. When The Romans destroyed Jerusalem in 70AD they took their gold along with hundreds of thousands of them and put them into slavery. Many historians say that it was these Jewish slaves who during 70-82 AD built the Roman Coliseum.  Every major world culture had slavery. It was the warp and woof of the ancient world. The city of Rome was 60% slave

Then there’s this tiny little land called Israel, there was a great founding father by the name of Moses who made it a law that in this new nation , slavery was to be Limited. Every sixth year every slave owner was to let his slave(s). The authority of the slave-owner was to be Limited.  The punishments that a master can inflict on a slave were to be limited. When the slave goes free he is to be given gifts. No other nation in the world had such laws Limiting slavery.  Their slaves were on the same level as their farm animals.

It was impossible that the foundation of slavery could have been overthrown quickly. Society would have rebelled against it with the loss of millions of lives. By its very nature it had to arise at a snail’s pace. Slowly, over time the influence of the Christian Church began to change the attitude of society regarding society.  They preached how God made all people in His own image, how Jesus died for every human being. They preached the words of the Apostle Paul who wrote, “There is neither Jew nor Greek, there is neither slave nor freeman, there is neither male nor female; for you are all one in Christ Jesus” (Galatians 3:29).  And as slowly as the wind and rain smooth the stones things began to change.

Regardless, it was the power the preaching of the Bible more than any other force more than any other idea that led to the abolishment of slavery. When you look at social practices of the ancient world like monarchy or patriarchy you get an idea of how long and hard it is to change traditions that have been practiced for thousands of years. Yet the Bible did so.

It can change your life just as dramatically.

God Is OnlyA Prayer Away!