Israel’s 65th Birthday Is A Reason For All Bible Believers To Celebrate. 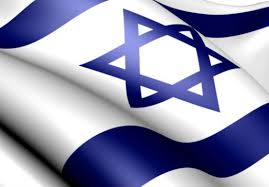 What a special birthday; May 14, 2013, Israel celebrated its 65th birthday; Against all odds it’s still standing and enjoying its Independence. Israel not only continues to exist, but it is thriving.

“For I will take you out of the nations; I will gather you from all the countries and bring you back to your own land.” (Ezekiel 36:24) This is just one of many prophecies regarding her future with the greatest ones waiting in the wings to be fulfilled.  For example; “In the last days the mountain of the LORD’s temple will be established as the highest of the mountains; it will be exalted above the hills, and all nations will stream to it.” (Isaiah 2:2)

But instead of celebrating Israel’s 65th birthday I want to remind you of its 70th anniversary of the Warsaw Ghetto Uprising. I saw a movie version of this horrifying horror, which like a scream from hell influenced me greatly.

Shortly after the German invasion of Poland, in September 1939, more than 400,000 Jews in Warsaw, the capital, were confined to an area of the city that was little more than 1 square mile. In November 1940, this ghetto was sealed off by brick walls, barbed wire and armed guards, and anyone caught leaving was shot on sight. The Nazis controlled the amount of food that was brought into the ghetto. The official allotment was 184 calories per day and 2, 613 for their Jewish overlords. Consequently 100,000 died of starvation and disease. (Ghettos were established in cities throughout Nazi-occupied Eastern Europe. The Warsaw ghetto was the largest in Poland.)

In July 1942, Heinrich Himmler (1900-45), the head of the Nazi paramilitary corps known as the Shutzstaffel (SS), ordered that Jews be “resettled” to extermination camps. (The Jews were told they were being transported to work camps; however, word soon reached the ghetto that deportation to the camps meant death.)

As Frederick Douglass said   ‘it is better to die free than live as a slave;” many Warsaw Jews decided to fight back even though the odds were hopelessly against them. Several hundred freedom-fighters desperately outnumbered armed with six rifles a few machine guns and pistols were no match for flamethrowers and tanks. The fighting started with ambushes from street to street and then from house to house sniping, until they had no place left to fight but basements and sewers. About 13,000 Jews gave their lives in the April to May struggle. With the revolt crushed and to add insult to injury Himmler sent in his SS henchmen to blow up Warsaw’s Great Synagogue. The symbolic act had its evil effect; it was useless to fight back.  Nevertheless, it was better to die fighting than standing naked in a gas chamber or marched off to a ravine standing at the edge of a mass grave waiting for a bullet in the back of the head.

The 50,000 survivors of the Treblinka ghetto were railroaded like cattle off to the slaughter where in either extermination or labor camps almost all died.

But out of such ashes the modern nation of Israel was born. God says in Psalm 76:10 (NLT) “Human defiance only enhances your glory, for you use it as a weapon.”

On May 14, 1948 the modern nation was born physically. But most of Jews who returned to the land did so and still do so in unbelief. There is little or next to no place for Jesus Christ in Israel to this day.  But the day is coming when something that has never happened in history before will happen in a day, the nation of Israel shall be born again spiritually.

Pray for the peace of Jerusalem, they shall prosper who love her!