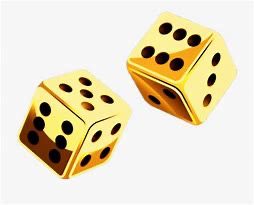 Imams tell us that the Quran is too eloquent for common folk like us to have written. I am convinced that most ordinary people who pick it up and read it through for the first time would not say this. Followers say otherwise, only because their clerical leaders a thousand times over have told them so. This I find sheer propaganda.  It proves   the adage that if you say something foolish long enough and it goes unchallenged people will eventually believe it to be true.  It is the 99-1 rule in operation. For example, the Quran tells the story of the Exodus, of Israel leaving Egypt through the Red Sea, and repeats it at least eight times but does not mention the Ten Commandments even once. How disjointed is that? But many do not question such bizarre inconsistencies.

The Quran itself says that it has not changed in 1400 years. And the reason is that its sheiks have not allowed experts to challenge it in the last fourteen hundred years. To challenge it was a capital offense. But citizens steeped in western democracy do not adhere to their sharia laws, hailed so blindly in the East. Finally, Western specialists are challenging Islam’s boastfulness like David challenged the defiant Goliath. Imams for centuries have boasted of how Christian missionaries have not been successful in converting Islamists to Jesus Christ, and this is a sad truth but only because it became a closed society, and Imam silenced the progressive voices all critics with the flashing of a terrible swift sword. How things have changed; modern-day Islam has no monopoly on the necks of free speech scholars in the West. The sunlight of truth is proving to be a great disinfectant. Scholars in the West are not afraid of a fanatic beheading them for challenging Islam’s claims of a foolproof book and a foolproof prophet. Like bounty hunters, Western scholars have scoured the eastern libraries for the oldest historical manuscripts, they are digging down into the archaeology sites of Islam’s ancient capitals, they are comparing ancient maps, studying their geography, and tracking out their Qiblas.

What they are discovering is sending seismic tremors through the Islamic Crescent. But what they are not finding is the one treasure trove they desire above all. The original Manuscripts (652 AD) of Caliph Uthman’s five Qurans. If they found but one this would send foolproof ovations and cheers howling throughout the Islamic world. It would compare to Islam’s capture of Constantinople in 1453. This find will be greater than all the treasures found in King Tuts Tomb. But alas the world’s greatest treasure hunters have not discovered one leaf of the foolproof seventh-century Quran, with all its angelic truths and 114 chapters. Regrettably, the search has proven to be as futile as searching for King Arthur’s sword the Excalibur, or the yellow brick road to Plato’s Atlantis. Scholars are still searching for just one perfectly, changeless foolproof manuscript with all 114 chapters, that Gabriel personally quoted to Mohammed in a dark cave in Mecca. So far it has proven to be as futile looking in a dark cave for a black hat that never was there. I am convinced that it will prove to be as illusionary as looking for the ancient city of Mecca where Adam, Eve, Abraham, and Ishmael lived. Ur Yes, Mecca No. Troy Yes, Mecca No. Hattusa (Hittites) Yes, Mecca No. Of Caliph Uthman’s five 652 Manuscripts not a fragment.

Evidence for the foolproof manuscripts of the seventh century is beholden to a higher standard by Islamic scholars than the Bible for two reasons: One, the Quran repeatedly claimed for 1400 years that Allah has kept it perfectly preserved. Two, the original copyists would not write on papyrus, the poor man’s paper which was cheap, plentiful, and decayed within one hundred years. They wrote on parchments that lasted for thousands of years. 3. The Caliphs protected the Quran. Unlike the Caliphs who protected the Quran, the Roman emperor Diocletian (d. 311 AD) decreed all Bibles be confiscated and burned. The authorities ordered any person found with a biblical manuscript who refused to give it up killed. Thus, they threw thousands of manuscripts into the flames. That is why we only have fragments like the John Ryland papyrus (125 AD), and the Chester Beatty papyri (200 AD). Therefore, we must hold the protectors and preservers of the Quran to a higher standard of Exactly.

When Roman emperor Constantine Legalized Christianity by the Edict of Milan in 313 AD everything changed. Money, parchments, and persecution disappeared.  He ordered Bible manuscripts written on vellum. One vellum or calf skin properly prepared could cost a poor man a year’s wages. It took 50-60 vellums to write the complete Bible on the surviving Codex Sinaiticus. But seventh century Islam had no such problem with cost, papyrus, or persecution. So where are these exact manuscripts, that do not degenerate with age and whose ink is legible for centuries and copied by Secretary Zaid bin Thabit in perfect Arabic letters?

An interesting side note here is that the earliest Quran Manuscripts, which are all eighth century, and preserved in Istanbul, Paris, Uzbekistan, London, Cairo, and Sana’a are all written on parchment and not papyrus, and not one contains all 114 verses of the foolproof Quran. This alone is a fatal wound to the perfect, precise, protected, claims of the Imams regarding the holiest of all books and God’s last preserved revelation to man.

The Quran gives the warning itself that to make any change(s) with it will bring the judgment of God upon you.  Surah 10:15 warns, “And when Our clear revelations are recited unto them, they who look not for the meeting with Us say: Bring a Lecture other than this or change it. Say (O Muhammad): It is not for me to change it of my own accord. I only follow that which is inspired in me. Lo! If I disobey my Lord, I fear the retribution of an awful Day.” Surah 15:9 tells us the reason is that you must not change that which is perfect and eternally preserved by Allah. “Behold, it is We Ourselves who have bestowed from on high, step by step, this reminder: and behold, it is We who shall truly guard it [from all corruption].”

But has the Quran never changed as its leaders universally proclaim? Considering the latest research, it is hard to imagine any leader making that claim in the 21st century, at least in the Western world where you can freely challenge any claim without the fear of Big Brother coming down on you with a sword across your neck.

The truth is out, you cannot totally trust the Quran. But you can totally trust Jesus Christ and his Word. If you have not done so I pray you will consider him who claims, “I am the way the truth and the life, no one comes to God but through me.” He is only a prayer away for all who are seeking the answer to life’s ultimate question.