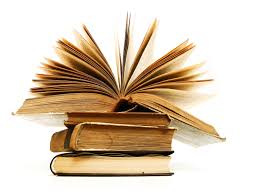 Every year we get the same old dribble from Liberal /progressive periodicals like Time magazine and the like, that Jesus was not born of a virgin; that Mary was raped by a Roman soldier; that because only the gospels of Matthew and Luke mention Jesus birth therefore the Christmas story is a myth; and that Christmas is a legend borrowed from Greek mythology. These old wives fables are so old and boring and dry the only thing they’re good for is to set your yule tide logs afire.  The reason so many of these pop-up periodicals go bankrupt financially, is because their bankrupt intellectually. It’s time that Time magazine and other androids get some new life breathed into their mechanical souls. It’s as irritating as having to repeat yourself three times to someone who won’t get a hearing aid.

However, I take heart in the fact that the Christmas story is still held by millions as the true story of God coming down to this earth as a baby born of the Virgin Mary. They do not do so blindly because the facts are in and the evidence is overwhelming.

I recall being taught in seminary how Moses could not have written the Torah because people could not write in those days; that one has been since been laughed out of the school yard long ago. And now progressive scholars would have us believe that there are errors in Matthew and Luke’s narratives of the nativity. But none have ever really been proven. The Gospels are complimentary, reporting on Jesus’ birth and life much as the same event can be viewed from several different angles. They hold together marvelously and cohesively. What appear to be contradictions turn out to be different pieces of the puzzle.” Did you ever hear four different version of a car accident? When you harmonize the four different accounts they all make complete sense.
To suggest the accounts of Matthew and Luke are not trustworthy because they are the only Gospels that refer to the virgin birth, is to miss the emphasis of other key passages throughout the Scripture that refer to Christ’s deity. In the Old Testament, Isaiah and Micah foretell the Incarnation. Isaiah declares, “Behold a virgin shall conceive, and bear a son, and shall call his name Immanuel” (Isaiah 7:14). Although some scholars have argued over the meaning of the word “virgin,” claiming it simply refers to a “young woman”; the fact that the name “Immanuel,” which means “God with us” is part of the same prophecy, clarifies the birth described was to be a supernatural one. Micah predicts: “But thou, Bethlehem Ephratah, though thou be little among the thousands of Judah, yet out of thee shall he come forth unto me that is to be ruler in Israel; whose going forth have been from old, from everlasting” (Micah 5:2). In the New Testament, Gospel writers Mark and John refer to Christ’s deity. Mark speaks of Jesus as the “Son of God” (Mk. 1:1) and then describes His miracles, which demonstrate His power as the Almighty. John’s Gospel begins by referring to Jesus as God: “The Word was God” (Jn. 1:1) — and ends with the very same thought: “My Lord and my God” (Jn. 20:28). The apostle Paul speaks of Jesus, arguing, “But when the fullness of time was come, God sent forth His Son, made of a woman …” (Galatians 4:4) — a
reference clearly denoting Christ’s supernatural birth. This is just to mention a few texts that substantiate that Jesus is God wrapped in humanity.

Of course, many argue the New Testament writers present Jesus as deity because they needed this angle to connect with their audience and establish a new religion. This would be a legitimate argument were it not so bankrupt of evidence to support it. In fact, the evidence is clearly on the other side. It’s not simply what the New Testament writers said about Jesus that affirm his Incarnation, it’s the extra-biblical data that also proves it.

The late great historian, Arnold J. Toynbee, did extensive research on various religious figures that were supposedly “saviors of society.” In the sixth volume of his magnum opus Study of History, Toynbee says of Christ: “When we first set out on this quest we found ourselves moving in the midst of a mighty marching host; but as we have pressed forward on our way the marchers, company by company, have been falling out of the race. … And now as we stand and gaze with our eyes fixed upon the farther shore, a single figure rises from the flood, and straightway fills the horizon. There is the Savior; ‘and the pleasure of the Lord shall prosper in his hand; he shall see of the travail of his soul and shall be satisfied.’“ The fact is who but God could do what Jesus did? There is none to compare to Him. The historical evidence is unmistakably on the side of the assertion that Jesus is Lord.

When it comes to the issue of Christ’s person you cannot have it both ways. Either Jesus was born of a virgin or He wasn’t. Either He qualifies as God and is able to take away sin, or He cannot. Either Christ is the God-man — perfect in character as the sinless and unblemished “lamb of God,” sacrificed on the cross for the sins of the world — or He is simply another martyr. There is no middle ground — no place for neutrality; the choice must be made. And there lies the real struggle concerning Christ; making a decision about who He is, standing on one side or the other, has tremendous ethical implications. Jesus said, “He that believeth on Him is not condemned: but he that believeth not is condemned already” (John 3:18). In other words, to believe in Christ’s Lordship is life, to deny him is death.

This is why so many people embrace the wonder of the Christmas story. It speaks to the great longings of the human soul. To know Christ is to be freed from guilt; to be assured of a better life beyond this one. Go tell it on the mountains; like the angels, go tell it everywhere; “For unto you is born this day in the city of David a Savior, which is Christ the Lord.”

He’s Only a Prayer Away!!