Can You Make Your Own truth? 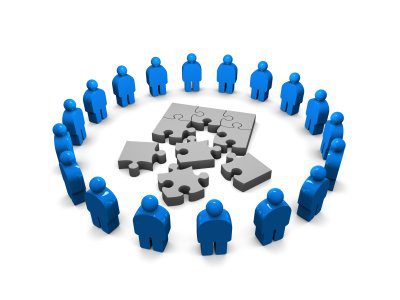 Can You Make You Own Truth?

In its simplest form truth is not an it; truth is a person.

Oddly enough, those who claim that there is no such thing as absolute truth make scores of decisions every day on the basis that they believe some things are true and some are false. We all do. We do not turn on a light without believing in the reality of electricity, or drive a car without believing that there is such a thing as a combustion engine. No one flying through the clouds in your playing through mountainous terrain would want to be directed by a navigator who did not believe in the truth of his instruments. No one undergoing brain surgery would want to be operated on by a surgeon who did not believe that some things about the brain were true and some not true. And yet, when it comes to the most important issues of life – What is the meaning of life? Why are we here? Does it matter whether I am good or bad, or is there any such thing as goodness and badness? What happens when I die? Will I be called to account by the Judge of the Universe or will I not? Does he exist anyway? -Many postmodernists assume that either we cannot know such things or it doesn’t matter. Figuring out something that “works for me” is all that is required. Or I can assume the attitude of Marilyn Monroe who is said to have declared, “I believe in everything – a little bit.”

As Samuel Johnson said, “Truth, sir, is a cow; which, when skeptics have found it will give them no more milk, they have gone off to milk the bull.”

Men cannot create their own truth any more than they can catch the wind with a net, write on water, or go in two directions at the same time. That is not to say, however, that they do not attempt to do so. Such shenanigans are as old as human nature. You can go back to the ancient scriptures and find verses given to us by the prophet Isaiah saying, “Woe to those who call evil good and good evil, who put darkness for light and light for darkness, who put bitter for sweet and sweet for bitter“ (5:20). There are absolute truths and to say that they don’t exist is an absolute statement. All truths are not malleable. While there are those who are convinced that truth can be changed to their own liking, the Bible says.” There is a way that seems right to a man, but in the end it leads to death“(Proverbs 14:12). That is why we need a moral compass such as the word of God, because it’s truths never lead you astray. Imagine being lost in the forest and pulling out your compass only to have it say, make your own choice which way is north? Many are roaming in a dark forest of confusion and despair because they had not yet discovered that “it is the truth that sets you free“(John 8:32).

I know he said as a joke, but comedian Woody Allen put it this way,” If you want to make God laugh, tell him all about your plans for the future.” God must laugh even louder when we try to impress other people as well as ourselves on how much we know. But the big question is this, of all there is to know, how much do any of us know? To quote the great prophet Isaiah again regarding the knowledge of God he said,” As the heavens are higher than the earth, so are my ways higher than your ways and my thoughts than your thoughts” (55:9). Almost from the beginning of time men had tried to ignore the truth of God and build their own tower of Babel where they like to do their own thing and going the wrong direction. But we know from the sad story of history that it fell like a statute crashing down from its pedestal.

If you are among those who are looking for the truth and still have an open mind about it, then I suggest you begin by reading through one of the gospels at the beginning of the New Testament, in a modern translation.* However, before you do, pray a prayer something like this:

Lord, I don’t know whether you are there or not, but if you are, then I want you to know I am sincere about wanting to know the truth about you. As I read this Gospel, I want you to reveal to me in some way whether this Jesus is really who he claimed to be and if it is true that he died for me. If you should convince me of this, then I will accept him as my Saviour and my Lord and follow wherever this truth leads.

It takes some courage to pray a prayer like that, as we can never be sure where it will lead. However, it is a good test of our sincerity. And it makes sense that we will always be better off facing whatever truth is out there than avoiding it. Jesus once said, “You will seek me and find me when yiu search for me with your whole heart.”