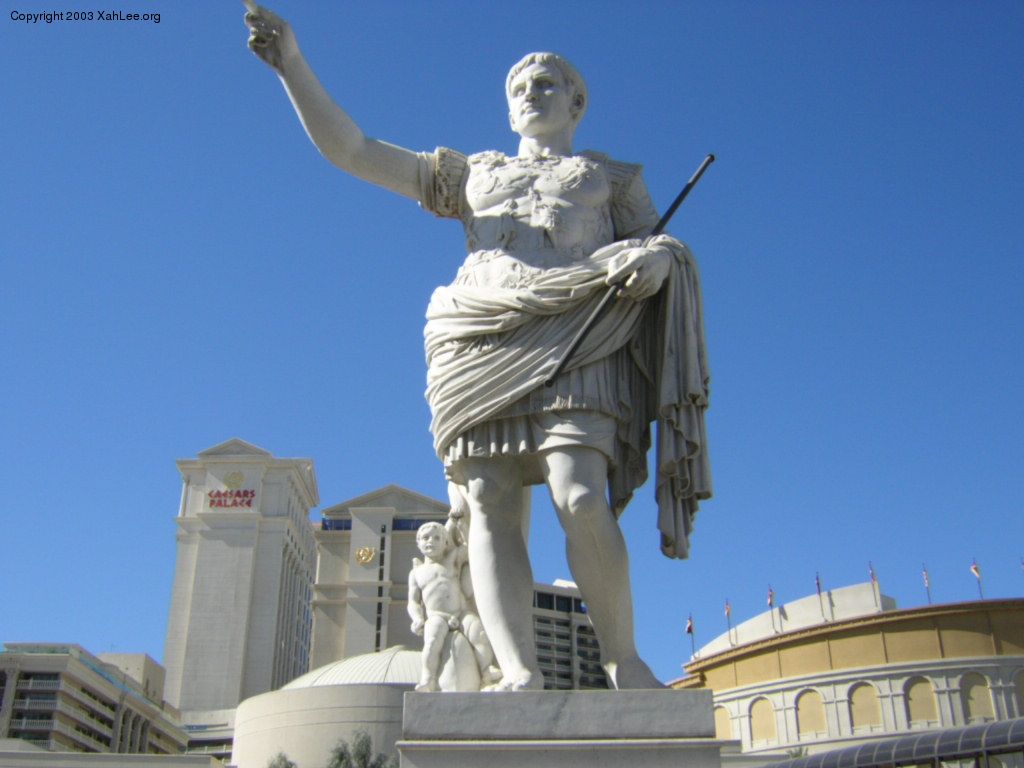 None of the Caesars was ever a true friend of Christ, and some were among his worst enemies. The soldiers of Rome crucified Christ in the Roman manner of capital punishment. Even though he forgave them his death was a political injustice at its worse (Luke 23:34).  Caesar had blood on his hands, and such innocent blood it was.

Rome not only killed Christ, but later cruelly persecuted his followers. Many Christians became martyrs, and as the book of Revelation prophecies that it will have such innocent blood on its hands again (Revelation 13:7).

Yet Christ was no threat to Caesar for reasons which he clearly explained to governor Pilate, “My kingdom is not of this world. If my kingdom were of this world, my servants would be fighting…” (John 18:36). Jesus had once asked to be shown a Roman coin. He drew attention to Caesar’s head and inscription on it. Then he said, “Render to Caesar the things that are Caesar’s, and to God the things that are God’s” (Luke 20:21-26

As a result of what Christ said to Pilate, Christians have always viewed themselves as citizens of two different and separate kingdoms, one heavenly and the other earthly. Though Christians have done more for the betterment of this world than any other people they do consider it their first and primary allegiance is to the heavenly kingdom. As Jesus said, “seek first the kingdom of God and his righteousness” (Matthew 6:33
Why then did Caesar hate Christians? Well, plain and simple; it’s a spiritual battle. One is a kingdom of darkness and the other is a kingdom of light. And so the battle rages (Colossians 1:13). Caesar always wants to lord it over you; he does not like playing second fiddle and being subservient to any king.

Now let us move from past to present and consider the “Caesar” who rules us, namely the government of America. We find that our Caesar has a very split personality. Our government is split into three separate powers: legislative, executive, and judicial. The Legislative power is split between two houses. The Executive power is split ideologically. The Judicial power is split from Supreme to Juvenile. Not only this, but America is a federation of states with each state having its own government with reserved powers.

While Civil Disobedience does have its place, the greatest power is prayer for those in civic leadership. There are a lot of good people in government and they certainly need our prayers. It’s an up-hill battle. (See I Timothy 2:1-3).

For Caesar to rule well he needs our support. His own wisdom has fooled him many times and the innocent have suffered the consequences.  Shakespeare makes Brutus say, “I come to bury Caesar, not to praise him.” (Julius Caesar, Act III, Scene ii). But Caesar is far from ready to be buried, and in many things he is worthy of praise. The flip side of the coin is that there are painful things for which we cannot praise him

For example, four thousand innocent babies die every day because he legalized the killing of thousands of babies conceived in the womb. Also he legalizes adultery, sodomy, and other forms of perversion all in the name of freedom.  He legalized slavery and illegalized the celebration of Christmas in many public places. The list could be enlarged into a ledger.

Not withstanding these and other evils, we still have a clear commandment to keep: “Let every soul be subject to the governing authorities. For there is no authority except from God, and the authorities that exist are appointed by God” (Romans  13:1-2). This is, of course, modified by the principle; “We must obey God rather than men” (Acts 5:29). The so-called “divine right of kings” and Caesars does not mean that Caesar can do evil with God’s blessing and with the wink-wink-nod-nod of consent by the people who vehemently disagree.

Caesar in the Future.

I think the greatest danger we face regarding the Caesar of the future is the passing of laws that prevent us from quoting the Bible where it offends certain people. For example take the Bible’s teaching that when men have sex with men, or women have sex with women, they act “against nature” and against God (Rom 1:26-28). Or even the first verse of the Bible, “In the beginning God created…” which offends some people in the physical sciences.

Perhaps you recall these words of Shakespeare regarding Caesar,  “Yond Cassius hath a lean and hungry look; he thinks too much; such men are dangerous” (Julius Caesar Act I, scene ii). Lean and hungry Christians may be when it comes to expressing their faith, but no one can be guilty of thinking too much. This is what all Caesars fear.  As we think and meditate upon the scriptures we discover eternal truths that we must be willing to take our stand upon, and like our brave forerunners die for. Such people are dangerous only to bad rulers but not to a country where it is written in a document that millions consider as important as the constitution itself; “We hold these truths to be self-evident, that all men are created equal and endowed by their creator with certain inalienable rights; among these are life liberty and the pursuit of happiness.” Such men and women are not dangerous, they are Caesar’s friends for they bring upon the nation “the blessing of Almighty God” through their preaching and prayers and manner of life..

If Caesar wants the continued blessing of Almighty God, then Caesar had better be careful that he doesn’t trample God underfoot. Some people ask, “Why does God allow corrupt and evil governments?” The answer is simple. He does not allow them for long.  God has ordained that governments be “a servant of God for good” (Romans 13:3-4). Any rulers who do the opposite will be punished by God. Do you remember that great superpower, the Soviet Union? It was godless like Babylon and like Rome, and like them it has fallen.

May America never go down the deadly  path that in the century past has been tried, found wanting, and left one-hundred million people dead.

That’s Something To Think About!