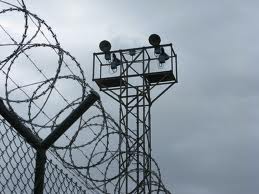 I was fascinated as a seminary student to learn about a modern day Christian Martyr named Dietrich Bonhoeffer. I was fascinated also to discover how many fellow pastors never heard of him. What was the equally  intriguing to me  about Bonheoffer’s life was that in his early days he talked about showing brotherly love to one another; but when he stood in the face of evil, Hitler himself, he became a part of the failed plot to assassinate the mass murderer.

This conservative Lutheran giant of the faith who gave his life for Christ came from a family of intellectuals. His father was Germany’s leading psychiatrist. His siblings succeeded in their chosen fields. Dietrich became a theologian to the surprise and initial disappointment of his parents and the puzzlement of his siblings.

Twice Bonhoeffer visited the United States. On the first occasion he studied at the liberal Union Theological Seminary in New York, where he met the theological giants of the time, including Reinhold Niebuhr, who later helped him escape Nazi Germany and come to America.  However, Bonhoeffer quickly tired of the cheap grace taught at liberal Union Theological Seminary. He joined and taught Sunday School at an African-American church in Harlem where Adam Clayton Powell Sr. preached riveting sermons and people joyfully worshipped God as if they actually believed He existed, where believe in God was not all academic and socialistic. It was a far cry from the state Church Lutheranism in Germany, which was kissing up to Hitler at that time.

When Germany invaded Poland in 1939, igniting the Second World War, a group of German conspirators were already plotting a coup d’état; over the next six years, there were as many as fifteen assassination attempts against Hitler. Upon returning to Germany  Bonhoeffer struggled over whether to join the conspiracy to assassinate Hitler, but decided how could he not do so and be taken seriously as a minister after the war was over, if he did not “suffer with those who suffered.” He was very much aware of Hitler’s ‘final solution” to the Jewish problem. It was his  flesh warring against the spirit and the spirit won.

In 1933, before Hitler came to power, Bonhoeffer,  was already attacking the Nazis in radio broadcasts. Two years later he was the leader of an underground seminary with over twenty young seminarians. That seminary is often seen as a kind of Protestant monastery, and is responsible for many of his considerations about the Christian life as it pertains to community. Later the seminary was closed by the Secret Police.

The shameful fact is that many of the Protestant and Catholic clergy sucked up to Hitler because they were more interested in advancing an earthly political agenda than the Kingdom of God. These rogue clergy men were spiritual adulterers of the lowest sort. Bonhoeffer bravely stood against them as he participated in the formation of the “Confessing Church,” which, among other things, spoke up for the Jews.

The high regard in which the Bonhoeffer family was held in Germany and their supreme intellect temporarily protected Dietrich from the hands of the Gestapo, but only for awhile. Inevitably he was arrested, but even then he won the respect of prison guards, who offered him special treatment, which he refused.

That’s why he considered it both privilege and honor to be executed at the Flossenburg Concentration Camp on April 9, 1945; where he was imprisoned for two years; where his body was burned in a pile of bodies, many of whom were likely Jewish.

The doctor at the camp said he had never seen anyone die with such peace. Two weeks later, the Allies marched into Flossenburg. A week after that, Hitler committed suicide in his Berlin bunker.

Bonhoeffer’s memorial service at Holy Trinity Church in London on July 27, 1945, was broadcast in Germany where his parents listened.

One of my books of required reading in seminary was Bonhoeffer’s book entitled, “Cheap Grace.” It’s a monumental book and worthy of any persons time to read. By “Cheap Grace,” he meant a Christianity that is so watered down, so anemic that it costs you nothing to be a disciple of Christ; where  the distance between you and a man of the world is negligible; when as a mere nominal Christian it costs you nothing to follow Him. Like the Rich Young Ruler in Matthew 19:2 you want to go to heaven and not go to hell and that’s the beginning and end your faith. It is forgiveness without genuine repentance. In his own words Bonhoeffer  says; “Only he who believes is obedient, and only he who is obedient believes.” To him Christians are  people of single minded obedience, who do not sit and wait but who rise and follow. Don’t be like the Rich Young Ruler who wanted it all for nothing. When Christ told him that he must take up his cross, and follow him,; “He went  away sorrowful for he had great possessions.” “Cheap Grace!”

But let us be ware as Bonhoeffer reminds us; what we despise in others we often find in ourselves.

There are counterfeit Christians and there are  counterfeit  clergy who preach a counterfeit gospel of cheap grace. But, there are also those who are willing to suffer for Christ and to lay down their lives for Him. Bonhoeffer was such  a man.