At Ease In Zion 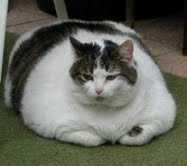 At Ease in Zion

“Woe to them that are at ease in Zion, and trust in the mountain of Samaria, which are named chief of the nations, to whom the house of Israel came!” (Amos 6:1)

Zion (or Jerusalem) was the capital of Judah, the southern kingdom, and Samaria was the capital of the northern kingdom, Israel. Despite the ungodliness rampant in both nations, as well as suffering due to drought and other judgments sent by God, the leaders in Zion and Samaria were still living in decadent luxury, and most of the people were following their example. The rustic prophet Amos was thus called by God to pronounce coming judgment on both nations and especially on their leaders.

God’s nature and God’s principles do not change. “For I am the LORD, I change not.”  (Malachi 3:6). If God was angry with those of His ancient people who were living in affluent ease while indifferent to the sin in the nation and in their own lives, must this not be true also in modern “Christian” America? Have evangelical Christians today become “lovers of pleasures more than lovers of God” (2 Timothy 3:4)? One should at least raise the question when their churches become cathedrals and their homes become show places, when their music stirs their feelings but not their souls, when they spend more time in “rest and recreation” than with the Lord and His Word, and when they begin to allow “the care of this world, and the deceitfulness ofriches |to| choke the word“ so that they become “unfruitful” (Matthew 13:22).

God was longsuffering with Israel, but judgment finally came to them. Perhaps He has been calling to us in the earthquake and the hurricane, the drought and the flood, the famine and the pestilence, telling us that judgment is coming. Are we at ease in Zion, saying, “Soul, . . . take thine ease, eat, drink, and be merry” (Luke 12:19)? If so, may God stir us back to that love we had when we first met Him.