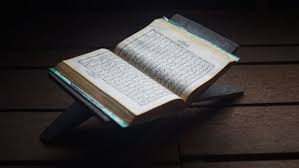 This will be my last blog on Allah. I have much more to say but I have many other facets of Islam that I want to  shine a light on and allow free thinking people to see and to judge for themselves.

Take for example the Islamic belief that  Jesus did not die on the cross, but Allah tricked Christians into believing that he did so, when it was actually someone else (maybe even Judas). Surah 4:157 says,  “ And for their saying, “We have killed the Messiah, Jesus, son of Mary, the Messenger of Allah.” In fact, they did not kill him, nor did they crucify him, but it appeared to them as if they did. Those who differ about him are in doubt about it. They have no knowledge of it, except the following of assumptions. They certainly did not kill him.”

To a  Christian this is heinous to its very core. If Jesus did actually die on a cross, which is one of the most historically proven facts of history, this makes Allah the greatest deceiver that ever lived.  But deeper still,  it means that if Jesus did not die upon  the cross than he did not rise from the dead and if he did not rise from the dead  than for the past 2000 years billions of  Christians have been worshipping  a dead man making them  the most deceived people who ever lived, and all because of Allah who tricked them into believing a lie. (Surah 4:157). That sounds more like Satan in the Garden of Eden deceiving  Eve. It sounds more like Satan in the wilderness tying to deceive Christ. This is a bridge no Christian dares to cross but must   dismantle and send crashing  to the ground.

The Jehovah of the  Bible and the Allah of Islam are as far apart as the east is from the west.  They are not the same God. One is fictional and the other is factual. Sharing the same title  God, does not mean you are the same person. There are thousands of John Smiths, but none are the same John Smith. The God of Christianity is a trinity, became a man, died on a cross for our sins, rose  from the dead  and will one day resurrect from the dead all those who trust in him as their savior from sin and take them  to live with him forever and ever in heaven.  It will be a one-on-one, face-to-face, voice-to-voice, heart-to-heart, person-to-person, Love relationship.   Islam dare not  claim all of the above. Allah does not want you living in heaven with him, He considers himself  too high, too holy, too lofty, to live side by side with the likes of us, mere mortals. No one shares  his  heaven but him.

Take as another example to choose from and  there are many.

I am sure you  are aware of the fact that are 99 descriptive names of Allah in Islam. The three most important are, 1.  Compassionate one, 2. Merciful one, 3. Loving one. But all of these characteristics require an object to love meaning that Allah could not be compassionate or merciful or loving   before Adam and Eve were created. However, in the trinity love has always been active in God and was never dependent upon the creation of man. How sad that  followers of Islam can lift up their hands to heaven and pray, “Our Father who is in Heaven hallowed be your name.”

Islam  says that both Jews and Christians worship the same God as they do.  Surah 29:46 reads, “ And do not debate with the People of the Scripture except in the best manner possible, except those among them who do wrong. And say, “We believe in what was revealed to us, and in what was revealed to you, and our God and your God is One, and to Him we are submitters.”

The original name Allah is derived a Nabataean pagan god. The Nabataeans are referred to some 23 times in the Quran. They centered  in a city called Petra where they built a temple and  carved out tombs. There they buried their dead and worshipped a local pagan God named Allah.

The Arabic Language originated from them as well as the man Mohammed.  They were camel merchants, great traders and had various  trade centers scattered along their trade routes where they settled down as a nomadic (gypsy)  people. Whole families settled in these strategic trading centers  along the routes of trade  and worshipped the local gods there as well as keeping their own gods and language. But  never  were they  a kingdom building people. They were famous for knowing how to use fixed  stars to  cross trackless deserts  and as a result navigated as far east as India and China; many  became rich. But Petra was one of  their  main centers which  they returned to and where they  buried their  honored  dead whom they worshipped as well as  their pagan gods.  They would make annual  pilgrimages to these places   which they called the Hajj.  Allah  was one of those gods they worshipped. But the underground root does not stop there, Allah  had a wife and two daughters.

So, as you follow  the bouncing ball, you see that the  Nabataeans from Petra gave to us  the Arabic language, Mohammed, and the God Allah.

The Nabotaeans called their temple in Petra the Temple of Dushara where they worshipped the pagan god Dushara or Allah. But here is the rub; Allah had a wife, a goddess named Al-Lat which is the feminine name for Allah (cf. Surah 53:1119-29; 6:101). Does this sound like a God revealed to Mohammed from  a scroll in heaven?

Yet in the Old Testament God has a personal name called YHWH (Jehovah) because he is a personal being.   His personal name is no secret as it is mentioned 6000 times in the Bible.  Exodus 3:15 reads “This is my name forever.”  In the New Testament Jesus said, “I will never leave you nor forsake you. ”Only God can make such a “forever”   promise (Hebrews 13:5).

Jesus Christ is unsurpassed and unsurpassable, personal and everywhere present. He is God incarnate, who knows your name,  loves you personally, died for you personally on a cross, and will love you personally forever when  you  repent of your sins and ask him to come and live in your heart. A god living a zillion miles away in a  heaven where you will never see, never hear, never touch nor feHere is one of many promises of the true and living God, “Let not your heart be troubled; you believe in God, believe also in Me. In My Father’s house are many mansions; if it were not so I would have told you. I go to prepare a place for you.  And if I go and prepare a place for you, I will come again and receive you to Myself; that where I am, there you may be also.” (John 14:1-3).

He alone is the true and living God  And he is only a prayer away.