You Can Be Right And The Majority Wrong. 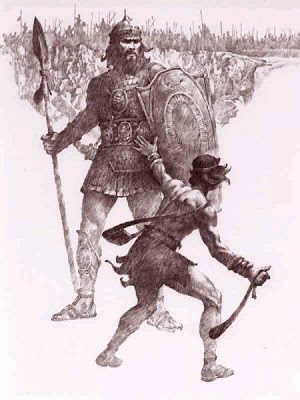 Ahh!It feels so good. I’m just beginning to get into the mood. Christmas is over, and 2014 is just beginning to get into a trot. Like every other new year this one is also full of possibilities and promises, resolutions, and dreams. But no matter how high you jump you have to come down; so were ‘on the road again,’ and it’s back to everyday reality.

On a national scale the uncertainty lingers.  Before the year is out, will I receive a pink slip? Will I join my friends in the unemployment line? Will my stocks go crashing through the Wall Street floor? Will my family be swimming in red ink? Will I have medical coverage for my health?

On the international scale the horizon doesn’t look any brighter. Will America survive Obamacare? Will there be war in the Middle East? Will our $17 trillion debt paralyze us as a nation?

Our situation today reminds me of fifth century Rome just before it fell and before Europe was plunged into the Dark Ages. The numerous symptoms had been obvious for a long time. The Roman family, the basic strength of the empire lost its self-worth, taxes were used to entertain the masses with bread and circuses and a bureaucratic social welfare system became an entitlement. The military was gradually dominated by outsiders. The irony was that the internal moral problems were ignored. Religion was a mere formality and had no moral base. Long gone were the days of the great Cincinnatus. The fools-gold was that Rome has survived so many battles in the past that it felt invincible regarding the future.  When Rome finally fell the citizens felt like the sun had just left the sky.

Where do you turn when you feel as powerless as a feather in the wind against such overpowering forces?

I like all believers before me take comfort in the examples found in Scripture when they found themselves against-all-odds.

Asa was one of the few Godly kings of Israel. His army of 580,000 foot soldiers were up against the million-man army of the Ethiopians who also had 300 iron-chariots, Yet we read “the Lord smote the Ethiopians before Asa, “ (Read 2 Chronicles 14: 8-9, 12)

The examples are too numerous to expound upon but Jonathan also found himself up against all odds. Though hopelessly outnumbered by the Philistines he said to his armor bearer; “Come, let’s go over to the outpost of those uncircumcised men. Perhaps the Lord will act in our behalf. Nothing can hinder the Lord from saving, whether by many or by few.” It became a day of great victory.  David won many battle against all odds. Goliath was only one of many. David wrote Psalm 124 which is a psalm against all odds and ended it by saying, ”Our help is in the name of the Lord who made heaven and earth.”

King Asa was encouraged to stand against all odds because he believed the Word of the Lord spoken through the mouth of the prophet Azariah who said to him, “The Lord is with you when you are with him. If you obey him, you will find him, but if you leave him, he will leave you.”

Economic forces, political forces, military forces are no match for him who spoke the worlds into existence. We do not need a majority to prevail in the battle. Man proposes but God disposes. One with Him is a majority.

“If God be for you who can be against you!”