Abortion and The Power of Choice 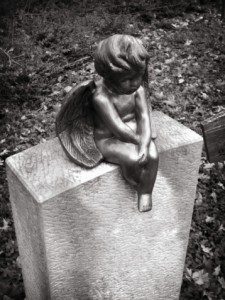 The abortion Issue just won’t go away. It’s like trying to teach a wild bear to roll over. The Supreme Court was not so supreme in its intelligence when it passed Roe Verses Wade in 1973.  No other issue, unless it be slavery itself, has caused so many people to lose respect for the highest court in the land.  Blackmun and his supporters hoped that soon after the controversial issue was passed it would fade away like a bad dream. But the bad dream still lingers on, and has morphed into a nightmare. Like the ghost of Jacob Miles with chains around his neck the haunting dream of 30 million dead babies will not go away.

House Minority Leader Nancy Pelosi sometimes sounds as if she has lost all contact with reality. Her response to a bill co-authored by Rep. Joe Pitts, R-Pa., The Protect Life Act, that would prevent federal funds from going to pay for abortions under “Obama care,” was, “they will be voting to say that women can die on the floor and healthcare providers do not have to intervene.”

The brave but futile effort passed the House, but certainly will never make it through the Democrat-controlled Senate.

But, as said, the moral, social issue will just not go away; The Nov. 8 ballot in Mississippi will include Initiative 26, known as the Personhood Amendment, that says: “The term ‘person’ or ‘persons’ shall include every human being from the moment of fertilization, cloning, or the functional equivalent thereof.”

According to Mississippi law, a minimum of 89,285 signatures were required to put the measure before the voters. As of April 2010, Mississippi Secretary of State Delbert Hosemann said his office had certified 106,325 signatures. That number has since grown to 130,000, which strongly suggests the measure will pass.

Perhaps an even greater counter-attacks on what former Surgeon General C. Everett Koop’s seminal documentary on the issue Whatever Happened to the Human Race? referred to as “the slaughter of the innocents” is a series of initiatives organized by a coalition of pro-life groups to put legislation on ballots in every state requiring an abortion-minded pregnant woman to see a sonogram image of her unborn child prior to termination.

I have long favored this approach as a means to substantially reduce the million-plus abortions performed every year in the United States. It imposes no restrictions on abortion, but gives women information. Studies and statistics show how something north of 80 percent of women [seeking abortions] who view ultrasounds of their babies decide against abortion.”

Mandating sonograms creates for “pro-choicers” an impossible intellectual, not to mention moral, dilemma. If they oppose women receiving information, they are censors. Pro-lifers are aligning themselves with truth in labeling and truth in lending laws requiring that information be provided to women (and men) in order to help make decisions presumed to be in their best interests.

When abortion proponents stand in the way of women receiving information about such a critical decision, they place themselves where they say conservatives reside, in the land of intolerance and ignorance.

The response to this proposed legislation goes something like this: “You are insulting the intelligence of women who are smart enough to figure out these things on their own.”

“Fine,” I say, “then let’s remove labels from cans, bottles, and packages and do away with paperwork at the bank when a woman applies for a loan. Let’s also rip stickers off vehicles at car dealerships because women should be smart enough to figure out the price, options, and miles per gallon on their own.”

The reason abortion proponents don’t want women to see what their babies look like in the womb is because, for too many of them, abortion has become a sacrament. They embrace a right to kill while simultaneously denying the right to life. Showing a pregnant woman a picture of her baby in the womb, heart beating, can only enhance the possibility that the child will be given the opportunity to live.

Legislators who vote for these pro-life measures will put themselves on the side of freedom of information and force the abortion proponents to admit they favor a single choice: abortion.

While this freedom of information will not stop the wheels mills of abortion from grinding on,  it  will certainly slow them down and thousands of innocent lives will be saved.

This legislation empowers women. It is the best way to reduce the number of abortions while waiting for the courts to catch up and restore the “endowed right to life” that stood for centuries until the Supreme Court ruled in favor of Roe in 1973.

Abortion is not Healthcare.

Abortion is the highest, bloodiest mountain in the world today.

It must be conquered.