Do Muslims and Christians Worship the Same God? 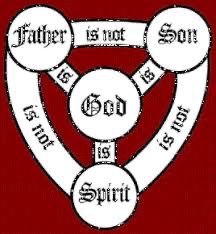 There is the widely held belief that both Muslims and Christians believe in and worship the same God. But a cursory check will show that they are as far apart as the East is from the West. Orthodox Islam believes that Jesus was a great prophet but do not believe that he was God incarnate who condescended down to our human sinful level. To believe that he died for our sins, rose from the dead and will return one day to rule on earth is heresy, even blasphemy. This is not an immaterial, tweedledee verses tweedledum difference. It is major. The advocates of an ecumenical one world religion want the entire world to believe this as well.

To the Christian God is One, who has revealed Himself in three persons, the Father, the Son, and the Holy Spirit, and these three divine persons are the one God, coequal, coeternal and consubstantial. (I John 5:7-8).
How the idea of persons within the trinity is fully compatible with monotheism is impossible to understand. To say we do not fully understand it does not say is not true. No one fully understands the first verse in the Bible, “In the beginning God created the heavens and the earth.” We all accept by faith the laws of gravity, but no one fully understands them. Christians know their God by the name Jehovah and not Allah. In John’ s gospel chapter 1:1-5 the Bible makes it clear and plain that Jesus Christ created all things. This was a claim to deity. If God is a trinity and Jesus Christ is God come down to man and Islam believes neither one, then Allah and Jehovah are not the same God. Someone is lying.
On two occasions the Quran in unequivocal terms denies the Christian trinity declaring that Jesus is only a prophet: a great prophet yes, but only a prophet. Only one of many others that came before him and after him.

Surah 5:73 asserts, “Indeed those who say: ‘Allah is the third of the Trinity’ became unbelievers. There is but One God. If they do not desist in what they say, a painful punishment will afflict those of them that disbelieve.”

A Christian is quick to notice the painful punishment promised upon him for not believing Mohammed’s absolute statement.

Much the same is repeated in Surah 4:171 “People of the Book, do not exaggerate your religion. Do not say about Allah except truth. Indeed, the Messiah, Jesus’ son of Mary, is only a Messenger (and Prophet) of Allah, and His Word (Be) which He gave to Mary, and a (created) spirit by Him. So, believe in Allah and His Messengers and do not say ‘Trinity.’ Refrain, it is better for you. Allah is only One God. Exaltations to Him that he should have a son! To Him belongs all that is in the heavens and in the earth, it is sufficient that Allah is the Guardian.”

This is an extreme parting of the ways, as in these two verse the Quran strips Jesus of his trinity, deity, and Sonship. and reduces him to a mere messenger (Surah 5:75). Therefore, it is as clear as the loudest shout you could make from the highest minaret, Christianity and Islam do not worship the same God.
The Quran adamantly disdains the belief that Jesus is the Son of God in at least four other places. One of the major tenets of the Muslim faith is that their god Allah does not have a son. How can Allah be the same as God the Father when the Quran itself states many times that Allah has no son? The Quran adorns Allah with approxamitely one-hundred beautiful names. But five of them are not so beautiful. The author refers to him as the Arrogant, the Distresser, the Humiliator, the Deceiver, the Mischief-Maker (25:20). But never once in the Quran is he referred to by the beautiful name Father.

Listen again to the Quran as it talks about its sonless god: “He is the Creator of the heavens and the earth. How can He have a son when He had no female companion? He created all things and has knowledge of all things. That is Allah, your Lord. There is no god except He, the Creator of all things.” (Sura 6:101-102) Not only does the Koran say that Allah does not have a son, but it says that Allah will fight the perverted Christians who would say that he does. “Allah fights them! How perverted are they!” (Sura 9:30; 19:34-35, 89-92). Based on the above statements alone Islam cannot say it worships the same God as the Christians.
The Bible speaks as loud and clear as the voice of God from Mount Sinai when it says that for anyone to believe that Jesus Christ is not the divine son of God that person does not know the true and living God. There is no middle ground here. Plainly Jesus says, “I and Father are one” (John 10:30,14:9 and John 17:11). How can the god of Islam be one with the God of Christianity when Islam does not believe that God is the Father of humankind and his Son Jesus Christ his only savior as revealed in Scripture.

The apostle John made it noticeably clear that if a person does not believe that Jesus is divine, then they are an antichrist, and he does not know the true and living God. “Who is a liar but he who denies that Jesus is the Christ? He is antichrist who denies the Father and the Son. Whoever denies the Son does not have the Father either; he who acknowledges the Son has the Father also” (I John 2:22-23). The reader cannot wishfully skip over these verses but must take them very seriously. The Apostle John is telling us that Jesus Christ is Immanuel, “God with us” (Matthew 1:23. cf. John 8:19,14:6).

Few things are more fatal than sincere ignorance. As Proverbs 14:12 says, “There is a way that seems right to a man, But its end is the way of death.” Without a doubt many Muslims are sincere in their faith, but sincerity is not truth. It matters little how sincere a person is if they are on the wrong road heading in the wrong direction. Sincerity, even though it comes from the heart, will never get you there. Jesus said it clearly so that we may all understand, “I am the way, the truth, and the life. No one comes to the Father except through Me.”

He is only a prayer away.
Respectfully Submitted