You Cannot Add To Perfection 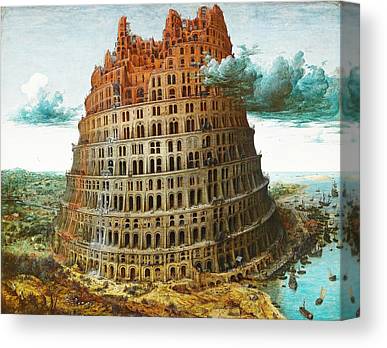 The Quran claims to have no equal on earth. It claims to be perfectly copied word for word, sentence by sentence, thought by thought, dot by dot from the Quran perfectly written and preserved on clay tablets in heaven. However, the facts prove this to be an impossible claim for Islam to maintain (Cf. Surahs 2:87; 3:3; 4:163; 5:46; 6:34,115; 10:64).

Investigating the dates, words, thoughts, and even the theology of the various manuscripts reveals five-thousand-word differences between the now-accepted Haf Quran of Saudi Arabia and the Warsh Quran of North Africa. This we see repeated in the Sanaa manuscript which reveals many variations between it and the 1985 Haf Quran.  Investigating the Topkapi  Mushaf manuscripts stored in Istanbul, Turkey shows it to be the eighth century and contains several thousand differences from the   1985 Haf translation.

Investigation of the Samarqand Mushaf manuscript shows it to be mid-eight century, not Uthmanic (652 AD), and only goes as far as Surah 43 out of 114 Surahs.  For Islamic scholars to say that the Haf and Warsh Qurans which contradict one another is a duplicate of the Quran in heaven is an exercise in futility. No matter how sincerely an Islamist holds to their chest any one of the thirty different extant translations of the Quran surely, they know they cannot all be like the perfectly preserved one in heaven.

In the accepted Haf Quran words are added and deleted and disagree with other manuscripts. This shows human intervention and is not a perfectly preserved word-for-word book. There is no seventh-century Quran. This bold assertion does not pass the forensic, linguistic, archaeological, historical, or ultraviolet test of scientific investigation.

Upon further investigation we ask, how many verses are there in the Quran? You will find that the number of verses in Hafs is 6236, while Warsh has only 6214 verses. Which one is the right version? Which one did Muhammad recite? Which one matches the eternal preserved tablets that are with Allah? I repeat, the cold hard fact that the official version of the Quran was only finalized in 1924 in Cairo, Egypt. It was only authorized officially as recently as 1985, in Saudi Arabia. Why did it take 1300 years for the world to finalize and authorize the Quran if there has always been just the same Quran all over the world? The uncomfortable, undeniable truth is obvious. Surah 15:9 stands on wobbly legs.

Further comparison shows pronunciation and consonantal differences that change theology.   There is more than one way to say tomato and more than one way to say Caribbean but there is only one way to write them correctly.  It is this literalist sinkhole that the Quran is struggling to climb out of every day.  And the more the Imams and scholars try to struggle their way out of the dilemma they have created for themselves the deeper they sink into its dark abyss.

The gold standard is that the words in a dictated infallible copied document demand exactitude. The Quran in Surah 15:1 says, “These are the Verses of the Book and a plain Qur’an.” But the readings are not plain and clear, contradictions abound not by the scores, not by the hundreds, but by the thousands. Holding the Quran in one hand and the Hadith in the other is like a traveler coming to a major intersection only to find the signposts pointing the way to paradise in four opposing directions.  The signposts are also muddy and cannot be read with clarity and assurance. The voice of the Quran is as unclear as the voice of the howling winds of the Arabian desert. Through its dusty lens, you see only a mirage. Lord, spare our rolling eyes from such confusion.

How much clearer is the truth that came down to us through Moses as he ascended the sunlit mountain of Sinai? Thousands of eyewitnesses trembled as they heard the voice of God booming from the mountain. And the same multitude of witnesses who saw him go up the mountain saw him come down from the mountain.  They saw the two tablets of stone in his hands written upon by the finger of God.

Also, how much clearer is the light that shines from the Mount of Transfiguration where three eyewitnesses saw Jesus glorified before their very eyes and heard the voice of God with their own ears, saying.  “This is My beloved Son, in whom I am well pleased. Hear Him!”  (Matthew 17:5)

How much plainer is all this than the teachings of a man all alone in a dark cave who for ten years received intermittent revelations from God and there was not one witness in the cave with him? His revelations we are told were copied on bones, stones, and leaves and memorized but not filed or reserved in any systematic manner. Why were they not written on vellum that was not that scarce in the seventh century and lasted for centuries?  We have nothing more than Mohammed’s word that they came from God to Gabriel to him to us.  All this is speculation and most questionable.

His example of having nine wives, (some say 12), having sex with a nine-year-old girl, and being a caravan robber who lived by the power of his sword, and his belief in reneging on promises made is most unexemplary. Such immoral actions, words, and deeds from any man speak so loudly that no one should lend one ear to what he has to say.

Perfection is a high standard, and its inherent danger is that the higher you go the harder you fall. One false dot/iota, not a thousand, is fatal to the claim of perfection.  One imperfection brings it crashing down like the Tower of Babel, the Colossus of Rhodes, never to rise again. The 21st   century is loudly tolling the funeral bell announcing the demise of the Quran as not perfectly written, not perfectly preserved.  This claim Islam cannot make any longer. Intellectual and moral integrity forbid it to be so (Cf. Surahs 2:87; 3:3; 4:163; 5:46; 6:34,115; 10:64).