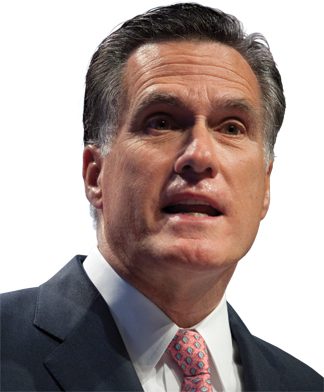 Here is what the Constitution of The United States says regarding the religion of anyone running for political office in America. “The Senators and Representatives before mentioned, and the Members of the several State Legislatures, and all executive and judicial Officers, both of the United States and of the several States, shall be bound by Oath or Affirmation, to support this Constitution; but no religious test shall ever be required as a qualification to any office or public trust under the United States” (Article VI, Paragraph III).  That is very specific and as clear as the light of day.

However, be aware of what it does NOT mean as well! It doesn’t mean that voters are prohibited from taking a person’s faith (or lack thereof) into account when deciding for whom they will vote. No law will ever stop them from doing that.

Now come two Mormons—Mitt Romney and Jon Huntsman—and two evangelical Christians—Tim Pawlenty and Michele Bachmann. There is confusion and division within once nearly solid evangelical ranks over what to do

Some Evangelicals say they wouldn’t vote for a Mormon for president, even though Romney and Huntsman certainly appear to fit in with many of the political viewpoints of the majority of politically conservative Christians on social issues such as abortion and same-sex “marriage” (though Huntsman favors “civil unions” and Romney has been on both sides of this issue, as well as abortion, more than once).

Does it really matter what faith a president or presidential candidate has, or should everyone, regardless of their religious background, focus on their competence to do the job? Shouldn’t the question answer itself?

I Am an Evangelical Christian, nevertheless, I would vote for a competent atheist who believed in issues I care about over a conservative Christian or Orthodox Jew who lacks the experience, knowledge, and vision to do a good job as president. Martin Luther once said he would rather have a competent Turk in office than an incompetent Christian. The point being that while the personal faith of those in government is important, what is more important is the ability to govern. In other words, the role of the President or Prime Minister is not to be “theologian in chief,” but to be our “commander in chief.”

Religion can and has been used as a distraction to dupe voters. Jimmy Carter made “born again” mainstream during the 1976 presidential campaign and many evangelicals voted for him on the basis of his declared faith. But when the true Evangelical mask came off Carter later revealed himself to be a standard liberal Democrat in virtually every category that mattered, from abortion and civil unions, to the economy, to weakening America’s defenses and image worldwide.

What about Barack Obama’s self-declared Christian faith? He attended the Chicago church of Rev. Jeremiah Wright, whose sermons frequently condemned America and contained what some took to be racial slurs. The president’s faith has not distinguished his positions on any issue that matters from that of a standard liberal Democratic secularist. If a candidate says faith is important, shouldn’t that faith take the person on a different path than what someone of little or no faith would propose? If not, what difference does faith make and why should it be of concern to voters?

Not every declared “believer” delivers on the expectations of evangelical voters. Even the “sainted” Ronald Reagan raised taxes, signed an amnesty measure, and named two justices to the Supreme Court—Sandra Day O’Connor (now retired) and Anthony Kennedy—who voted to preserve the abortion status quo. And yet to this day, most evangelicals believe Reagan was one of our greatest presidents, though he rarely attended church. Carter regularly attended church and even taught Sunday school, but he came to be reviled by most conservative Christians.

For evangelicals, the ideal presidential combination would be someone who has a deep faith and is willing to apply it to social, economic, and defense issues. It shouldn’t matter whether Mormons believe in baptizing the dead, what undergarments they wear, or that they believe God was once a man like us. Neither should it matter that an evangelical Christian believes in Armageddon, unless, of course, he (or she) wants to advance that day by dropping a nuclear bomb on our enemies, as Iran’s Mahmoud Ahmadinejad has threatened to do to the West. Now there is someone who combines his religion with political power, which should scare us all.

The Bible, the guidebook for evangelicals, teaches that there are two kingdoms. Presidential candidates are running to head up a part of the earthly kingdom known as America. The job as head of the other Kingdom is taken. The duties and responsibilities of each should be kept separate.

That’s Something to Think About