How Wide is the Distance Between Heaven and Earth? 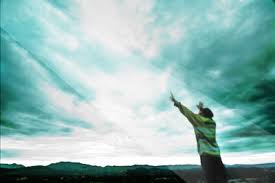 The world’s largest and deepest ocean is the pacific which you could throw Russia into 25 times over covering a staggering 59 million square miles The world’s tallest mountain is Mount Everest having an elevation of almost five miles (29,035 feet)

Yet, when it comes to big all of these are as insignificant as a snow flake on Mt Everest, as the smallest bubble floating on the Pacific Ocean.

In 2006 a space craft (called The New Horizons) was launched to Pluto the furthest planet in our constellation. To date its only half way there for it will take 17 years to get there travelling at 36,000 mph.  To get an idea of how far away Pluto is from the nearest star, imagine a one-foot ruler; the nearest star (Alpha Centauri) would be over a mile   or 4.37 light-years away

The Milky Way galaxy of which our constellation is but a fraction of a fraction is home to some 300 billion (give or take a few billion) stars and is approximately 120,000 light-years across.

While we do not know for sure which is  the biggest galaxy out there is; the  biggest one we know of  (as of 2013)  is the  galaxy astronomers call IC 1101.  This  is a supergiant elliptical galaxy of approximately 6 million light-years across.  It lies about 1.07 billion light-years away from Earth in the constellation of Virgo (the Virgin). And a calculated guess is that Virgo itself is a cluster of some 2000 other galaxies. That means that while our Milky Way galaxy which has approximately 300 billion stars the Virgo Galaxies have some 100 trillion stars.

We are misinformed by movies and science fiction books that talk about of warp speeds. The truth is that interstellar travel is limited by the speed of light—186,282 miles per second which we are not even close to arriving at such a rate of speed.   Star-hopping is so vast, so staggering as to be physically impossible.

Why mention all of the above? To remind us how big the God we serve actually is. He is the God of creation.  You and I do not know a million or a billion or especially a trillion of anything. Yet the scriptures in Psalm 147:4 say, “He keeps track of the number of stars, assigning names to all of them.”  That means He knows your name. He knows who you are. He knows the numbers of hair on your head Sure it all humbles us and can make us feel insignificantly insignificant but it should also do the opposite. Make us feel secure.

“You have searched me, Lord, and you know me.You know when I sit and when I rise; you perceive my thoughts from afar. You discern my going out and my lying down; you are familiar with all my ways.Before a word is on my tongue you, Lord, know it completely. You hem me in behind and before, and you lay your hand upon me. Such knowledge is too wonderful for me, too lofty for me to attain. Where can I go from your Spirit? Where can I flee from your presence? If I go up to the heavens, you are there; if I make my bed in the depths, you are there. If I rise on the wings of the dawn, if I settle on the far side of the sea,even there your hand will guide me, your right hand will hold me fast. If I say, “Surely the darkness will hide me and the light become night around me,”even the darkness will not be dark to you; the night will shine like the day, for darkness is as light to you.”

He’s Only a Prayer Away.